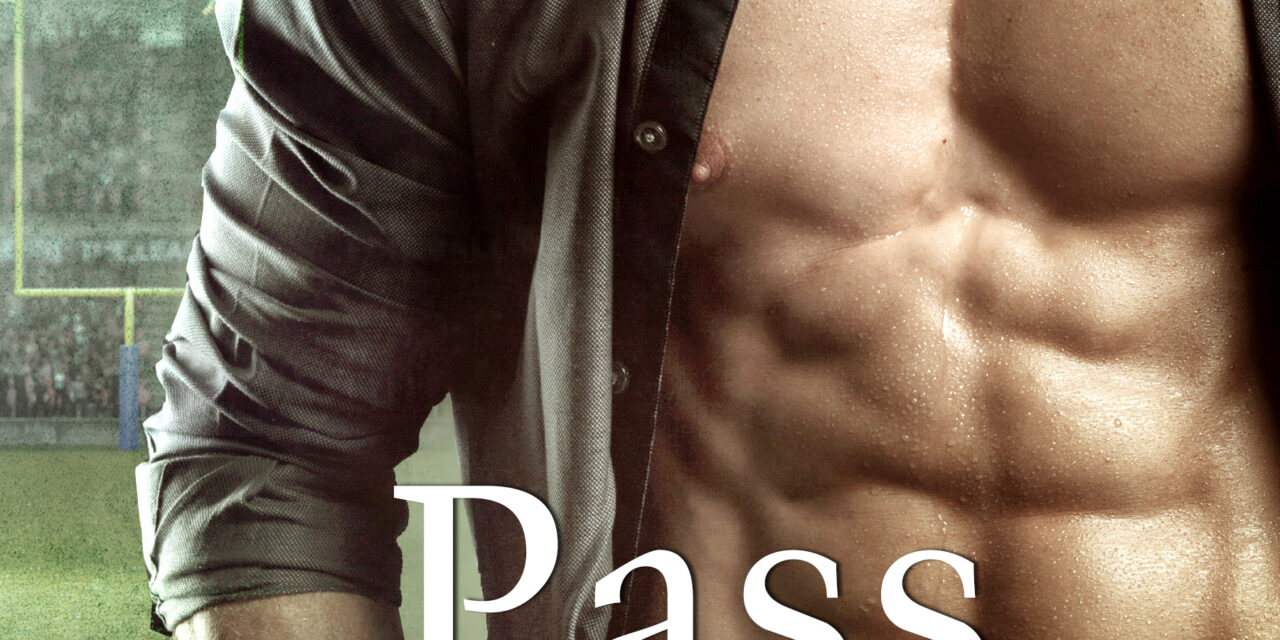 It’s time for a #ThrowbackThursday read. All month, I’ve featured quarterbacks and goalposts, and I’m wrapping up with excerpts from Pass Interference and Fourth Down, two titles from my Game On sports romance series. Join my reader group on Facebook for more football fun and Amazon gift card giveaways! 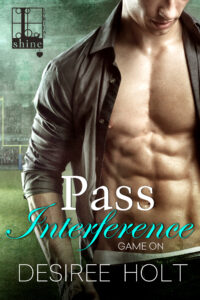 No Rules. No Limits.

Party girl Tyler Gillette has just one rule: no football players. As the daughter of the owner of the San Antonio Hawks, she grew up in the shadow of the sport and her father’s enormous wealth. She was even named Tyler because he wanted a boy. Life couldn’t have drawn up a better play for turning her into a wild child—until that same life is threatened by someone from the past…

Former Hawks running back Rafe Ortiz has a few rules of his own. First, no weaknesses. Second, no babysitting spoiled football princesses. But his new career as a bodyguard means he’s responsible for protecting the beautiful Tyler Gillette from her mysterious stalker. But keeping his hands off her might be harder than keeping her safe…

The bartender looked at the former defensive lineman for San Antonio, saw the expression on Rafe’s face, and backed away. Dewey wasn’t quite that smart. He ignored the fact that while he and Rafe were about the same size, Dewey’s flab would be no match for Rafe’s still-solid muscle. He took a step backward and put up his fists.

Rafe sighed again. He really didn’t want to have to do this, but the asshole wasn’t leaving him any choice. He reached out and grabbed the man by the throat with his powerful fingers, pressing his thumb into the hollow and pushing him away from the door. When Dewey still tried to fight back, Rafe just coldcocked him, and the guy dropped to the floor in a big messy heap.

“Thank you,” the bartender said. “Dewey just gets a little feisty sometimes when he’s had a drop too much to drink.”

“Seems like you should have cut him off before he got too—what did you say?—feisty.” He knocked softly on the restroom door. “Tyler? It’s me.”

There was a long moment of silence and then the door eased open a crack. Tyler peered out, fear in her eyes before relief washed over her face when she saw it really was him.

Tyler opened the door wider. When he got a good look at her, he swallowed back a bitter taste. Everything was a mess—hair, makeup, dress. How in hell did she do this to herself? And why?

He reached for her hand and tugged her out into the hallway. Despite the fact she had a rep for being a gigantic pain in the ass, despite the present circumstances, the moment their hands connected electricity arced between them. There it was, that invisible crackle that had never waned and still sizzled his nerve endings. More like his brain.

No. She was off-limits and a disaster to boot. He had to keep telling himself that. Keep dragging his eyes away from the swell of her breasts visible over the cut of her dress, away from the sweet curve of her ass so lovingly outlined by the fabric. Even with her tawny hair mussed and tumbled around her face and her makeup streaked, there was something so—

So what, asshole? She asked you here to get her out of trouble, not to act out your fantasies.

He could do this. He was famous for his incredible control in all situations. He just needed to keep it in place for this one. Holding tightly to her hand, he towed her through the crowd of onlookers, concentrating on getting out of danger rather than getting into her pants.

“Come on. We’re getting the hell out of here.”

Rafe was tense, alert, prepared for anything as they headed toward the exit. Situations like this could go sideways in a minute. However, apparently not looking for the same treatment he’d given Dewey, people moved out of their way to let them go. Still, he held his breath as he guided Tyler through the tiny side parking lot and across the street to his car. He made sure she was belted in before he cranked the engine and pulled out into the street.

They drove in silence for a long time, tension humming in the car like low-level electricity. Not touching her would be a real test of his self-discipline. He wanted to ask her what the hell she’d been doing in a place like Tequila Sunrise, but he really didn’t have to. He’d heard all the rumors, read all the stories. He knew this was one of many dives where she hung out. It puzzled him why a woman who had absolutely everything she could ask for lowered herself like this, but it was none of his business and he didn’t want it to be. He didn’t want to know anything, just to deliver her to her doorstep and get the hell away from her.

He shot a quick glance at her huddled in the seat. At last she spoke up, in a very small, tired voice, a trace of fear still clinging to it. “Thank you. I’m sorry I had to bother you.”

“I’m sorry you did, too. You should know better than to put yourself in that kind of situation. What the hell were you thinking, anyway?”

“Nothing,” she snapped, obviously irritated by his response. “Thinking can get you into trouble.”

“And exactly what do you suppose tonight was?”

From the corner of his eye, he saw her glance over at him. “So I guess the price of my rescue is a lecture?”

“No lecture. Just a word of warning.” He glanced over at her to see if she was paying attention. Only the tightly curled hands fisted in her lap gave her away. “You live a very destructive lifestyle, Tyler. One of these days you’ll get yourself in a situation that no one will be able to get you out of.”

“Then everyone’s problems will be over, right?” she snapped. “Yours, mine, and especially the holy king Kurt Gillette.”

He had no idea what was going on between Tyler and her father nor did he want to find out. Everyone on the team speculated, but if anyone had any answers, they were keeping quiet about them. It was none of his business, and he intended to keep it that way, for his own sanity.

Get your copy of PASS INTERFERENCE to keep reading. 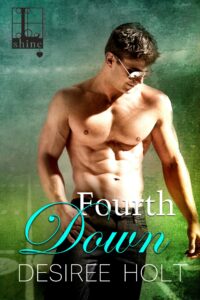 When her relationship goes up in flames, Holly Funchess jumps straight back into the heat—by becoming a firefighter. Running as far away from her past as she can, Holly trains hard and lands a job with a small San Diego firehouse. With everything to prove, she has no problem putting her love life on the back burner. But where there’s smoke…

He wanted to forget the whole conversation. Too bad that out of the blue his thoughts turned to the sassy female he’d met at Pump It Up. God. Talk about an attitude. The chip on her shoulder was the size of a boulder. Yet, he couldn’t forget her tall, toned body with the legs that went on forever. Or the high, round breasts or the nice tight ass with muscles that flexed when she walked.

The mental image of her sent a message straight to his cock. The damn thing hardened and stood up to salute. He turned away from John, hoping his friend hadn’t noticed anything, and willed his body into submission. He didn’t need to get a hard-on right now, especially about a woman who had an invisible sign tattooed on her forehead that read Trouble.

Fortunately they were coming into port, so he had responsibilities to keep him busy. He spotted Jeb Varner waiting for them, ready to take charge of the sailboat they’d towed behind them. And probably about to give the two couples a good piece of his mind. The four passengers shook hands with him and with John, thanking them and trying to hide their embarrassment. He was glad enough to hand them over to Jeb.

After that he and John and the rest of the crew were busy with the boat and making their report, so he didn’t have time to think about Miss Sass, which he’d decided was a great name for her. Instead, he looked ahead to what was waiting for him as soon as he changed.

He loved coaching Pop Warner football. It was a perfect way for him to stay connected to the game and use the knowledge he had. He saw in these kids the same enthusiasm for the game he’d had at their age. When a defender blocked a receiver and prevented a catch, he got the same thrill as if he’d done it himself.

“Pigskin practice tonight?” John asked as they walked away from the boat.

“The Strykers?” Chase nodded. “You bet. I look forward to it. Those kids are really coming along.”

“You’re just as in love with the game as you were in high school, aren’t you?”

Chase nodded. “For me that never goes away. I might not be playing anymore, but sharing my knowledge with those kids is almost as satisfying.”

“Not many people can say they were on two championship teams,” John reminded him. “So let me ask you a question.”

Chase quirked an eyebrow. “About the youth league? You looking to get involved?”

“No. Yes.” John shrugged. “I dunno. What I really want to know is if you ever miss it.”

“You know. The game. Playing. The excitement. The crowd.” He chuckled. “The girls throwing themselves all over you.”

Chase forced a smile. The girls had been fun but were never the reason he’d played for the Granite Falls Coyotes. Being on the team that won the state high school championship had given him a sense of worth he’d struggled for since the day his mother walked out. Winning the Division III championship for the Coast Guard Academy had been his next most satisfying moment in life, and had come at a time when his self-esteem was again in shreds. So yeah, football ranked right up there with the Guard. He loved them both.

Get your copy of FOURTH DOWN to keep reading. 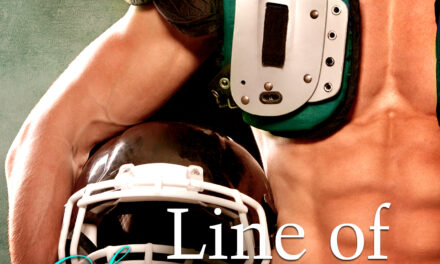