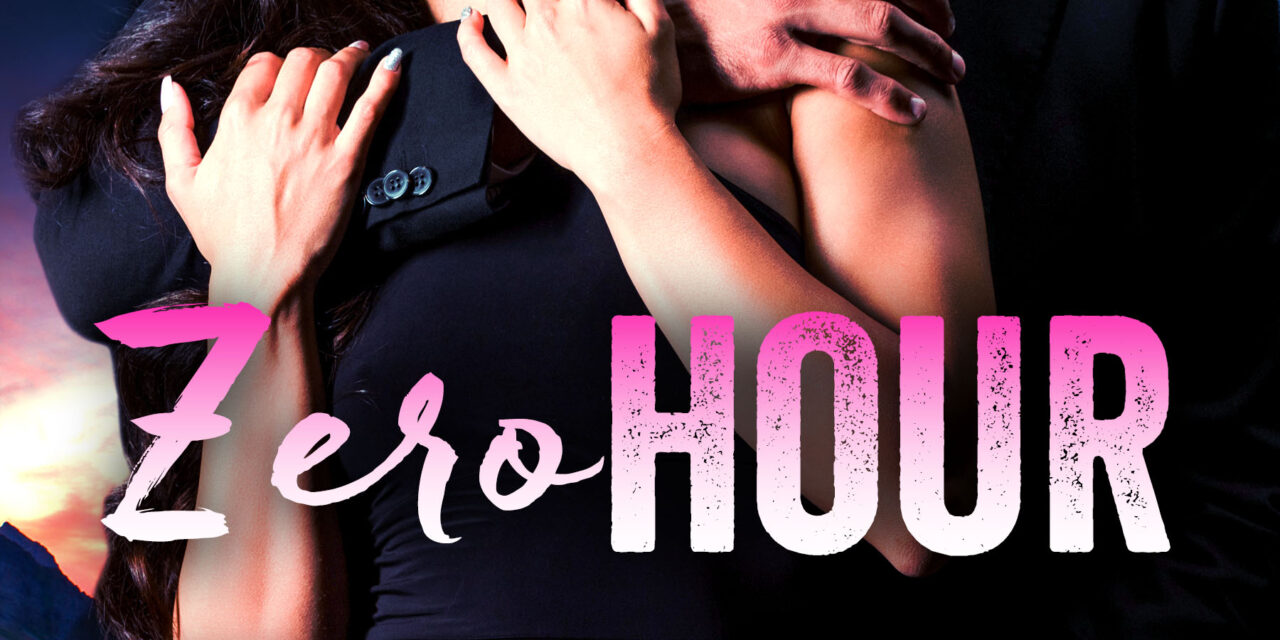 Alex Rossi is slowly building a staff of deputies that he can depend on, all former SEALs.

Before they know it, it’s

Arms manufacturer Reed Morgan’s secret money man is dead and wild rumors of a dangerous plot are floating. Tasked with finding out what it is, ATFE agent Teresa Fordyce must flee for her life. She ignores the order to come in from the field, instead she runs to Montana and the place where Morgan’s secret plan is being hatched. But finding Jesse Donovan there, the man who walked out of her life, complicates things even more. 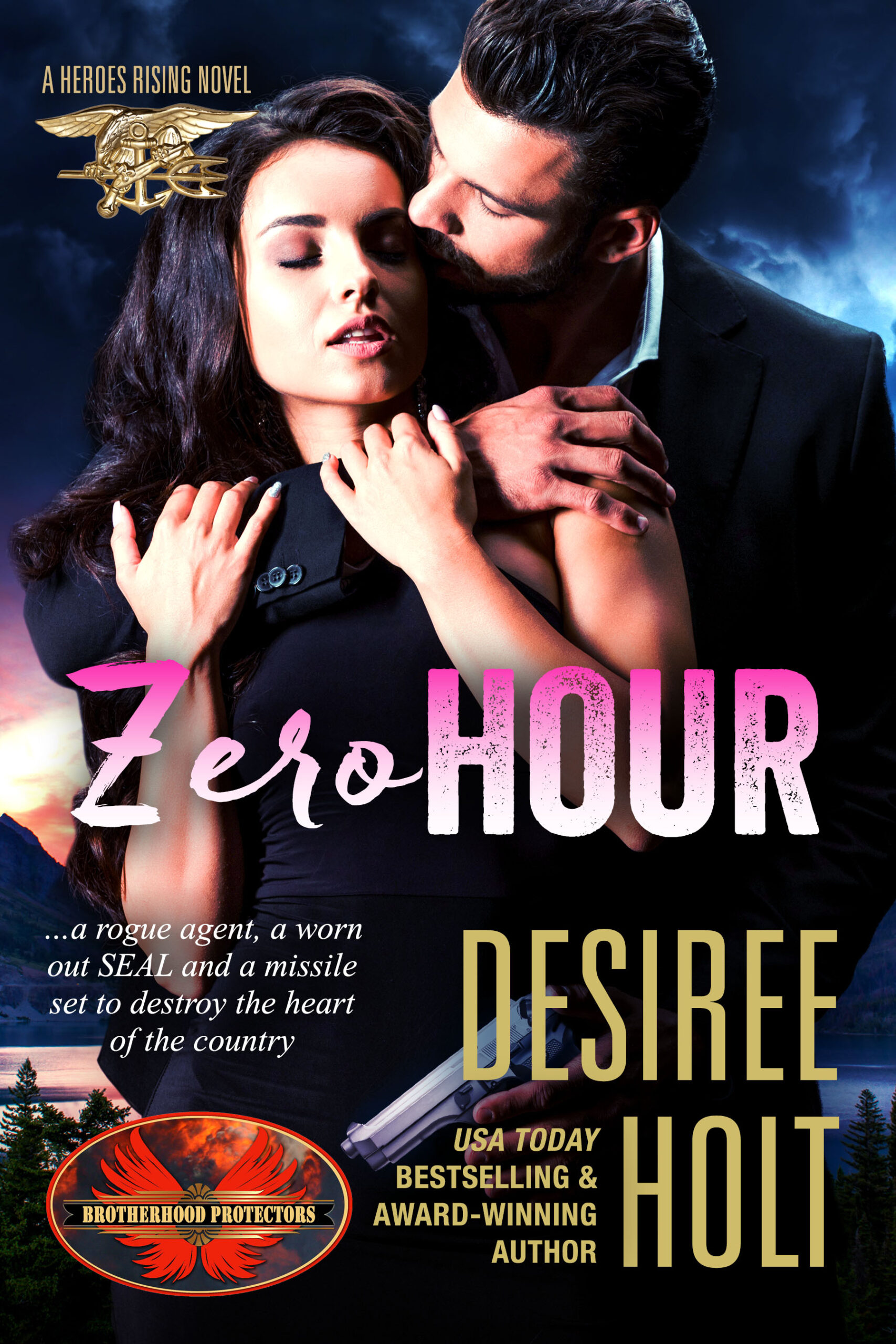 “Have a seat.” He indicated one of the two chairs in front of the desk.

“Am I in trouble?” she asked at once.

She studied his face, trying to discern if he was kidding or not.

“We have a problem, and we’re running out of solutions.”

Terry lifted an eyebrow. “What kind of problem and how can I possibly solve it?”

“We’ve had our eye on Reed Morgan for some time. You know who he is, right?”

“Yes, I’ve read about him. Former military. Left the Army and opened an arms manufacturing company, which has grown to be a monster. Lots of guesses on where his financing came from. Outspoken critical of the government, which he calls too liberal.”

“Then yes, when I joined the ATFE I was aware he had been a priority for some time.”

“Yeah, we’ve had our eye on him, watching his activities. The watch on him has been bumped up several notches in the past year. You know Morgan is considered a hard-liner. Among many other things, he’s been lobbying hard to overturn some of the recently passed gun laws, and his disdain for the government is well-known.”

“The whole agency knows Morgan Arms Manufacturing is one of the largest businesses of its kind in this country. They also own retail stores, plus they supply some of the arms to our military and even more go overseas. Lots of rebellions going on in the world. But I’m guessing you called me in here because something has pushed this to the forefront.”

“I know he’s spoken loudly about what he sees as the failure of America to enforce its laws, and the subsequent rise of crime.” Terry shook her head. “About the increasing numbers of what he called ‘soft’ laws that barely punished the criminals. But speaking out isn’t a crime, although for some people I think it should be. So, what’s changed here?”

“Our sources tell us Morgan Arms is suddenly buying a lot more steel, plastic, and aluminum than usual,” he told her, “so a lot of questions have floated in the air. That was the first thing that caught the director’s eye.”

“Has his client list increased?” Terry asked. “Have his orders from overseas clients gotten bigger?” Max rubbed his jaw. “After all, there is always a rebellion going on someplace and some army, legitimate or otherwise, that needs weapons. Or maybe they’re preparing to release a newly designed instrument. Or finally, is there another reason we don’t know that means trouble for everyone? I agree none of those possibilities are appealing. That’s for damn sure. But buying more raw materials and railing against the government isn’t a crime. If it was the jails would be full all the time.”

“True,” Jaeger agreed. “But here’s something you don’t know. For some time, Morgan’s been gathering a group together, first his closest friends and then people who we think share his beliefs about the way this country is run. You know there have been attacks by these off-the-wall militia groups and, based on what we learned, we’re afraid Morgan’s plotting another one. Anyway, over a year ago we managed to plant someone in Morgan’s group. We needed to find out what the hell was happening. He’s deep undercover, and sometimes we have to wait weeks for a word from him, which doesn’t help..”

“No kidding. When my guy does get word out to me, he says Morgan’s running this like it’s the military, which is what we figured. I think Morgan’s made this group his own private militia, kind of an outlaw posse comitatus. He also has three or four specially selected men who he calls his ‘guard’ who watch the rest of them like hawks. He’s been making trips recently to the land he owns in Montana, a spread in the Crazy Mountains. Each time, he takes a few of his group with him. Our undercover got taken there once. He managed to get a message out that they train. All day. Every day. Exercise. Firearms. Hand-to-hand combat. And they study explosives.”

“Yeah, but they don’t actually detonate anything. I’m sure the neighbors would complain.”

“Still… Are they preparing for war?”

“That’s what we need to know. And it’s been a while since our guy communicated with us.”

“He must be in danger. If Morgan finds out who he is, he’ll kill him.” 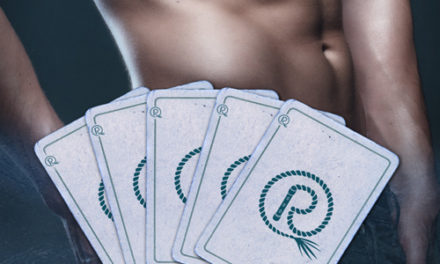