Desiree's Place > General > The doors of Rawhide are open again!

The doors of Rawhide are open again! 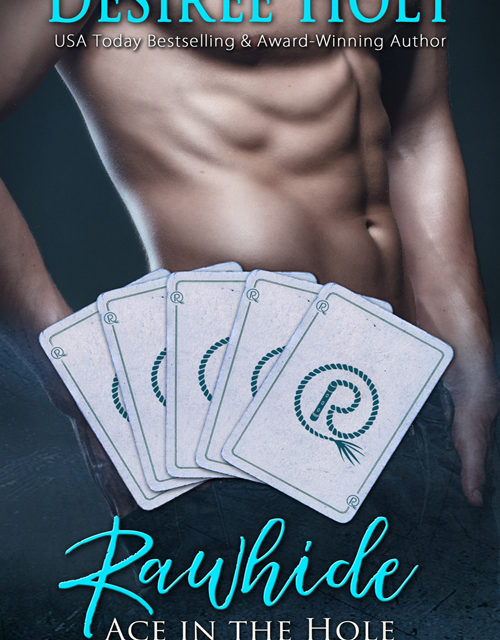 It’s been a long time since we visited Rawhide, the exclusive sex club in Northwest San Antonio, but it’s been worth the wait. WE meet a new Dungeon Master, Reulas, who brings  more twists than licorice to the games as well as attracting an exciting clientele. And a game whose outcome has no limits.

Rawhide: Ace in the Hole

“Allow me to introduce a very special friend of mine.” He stepped to the side. “Kelly LeBlanc, meet Tanner Sloat.”

At this point in her life, it took a lot to steal Kelly’s breath, but the man with Reulas managed to do it in an instant. He wasn’t as tall as most of the men she played with, probably not more than five ten, which suited her petite frame just fine. But it was a well-defined, sexually sizzling five foot ten. His body was muscular, not gym-conditioned, but that of a man who did some kind of hard labor for a living. Midnight-black hair hung in a thick curtain of silk just to his shoulders, and matching hair dusted the hard wall of his chest. His eyes were an unusual pale gray, fringed with thick black lashes, silver beacons in a square-jawed face with high cheekbones.

Tanner Sloat was everything subs imagined Doms to be, power flowing from his body. It was hard to ignore the bulge at his crotch, and it had cream flooding the tiny crotch of her thong at the sight of it. Her nipples hardened, poking into the soft material of her halter. At once, she imagined herself on her knees in front of him, his cock on her tongue, her hands squeezing his balls. Would he spank her if he thought her performance lacking? 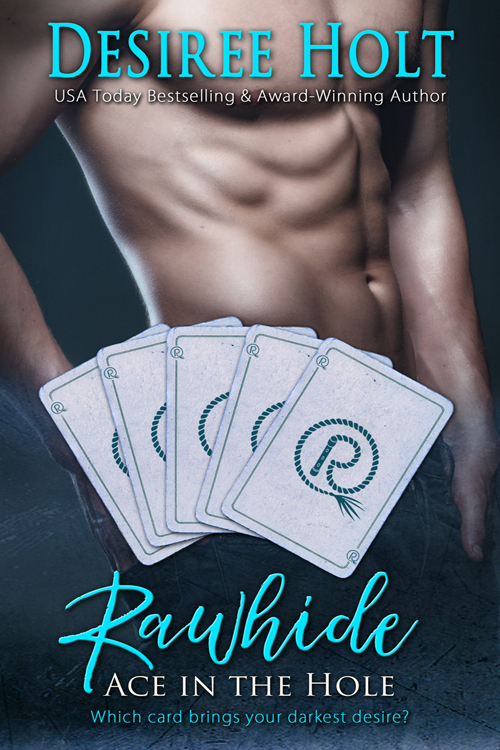 She was instantly even more wet and needy, and he hadn’t even said hello to her yet.

When she looked up at Tanner, a tiny knowing smile flirted with the corners of his mouth and sexual hunger flared in his eyes. He raked his gaze over her slowly, taking in every inch of her. Now she knew what the phrase “undressing someone with his eyes” meant, because that was exactly how she felt. At that moment, if he’d told her to strip naked, get down on her hands and knees, and let him fuck her ass, she’d have done it without a moment’s hesitation.

She swallowed and curved her mouth in a smile. “Welcome to Rawhide.”

He dipped his head once. “I can see you’re everything Reulas said you were.”

And exactly what was that?

Did a bank have money? Heat sizzled through her at the idea of performing before this crowd with this highly sexual man.

He nodded. “If I’d told them you were going to be part of the performance, we’d have been so crowded the fire marshal might have shut us down.”

If Tanner hadn’t come vetted by Reulas, Kelly might have had second thoughts about this. She was very selective with her Doms, but the club owner wouldn’t put her with a man unless he trusted him. Besides, she couldn’t remember the last time she’d felt such a strong sexual pull, such a desire to do anything and everything with anyone, no restrictions.

She smiled at Tanner and waited for him to precede her, following him with her head down and hands clasped behind her back, already in her submissive role.

The alcove was barely more than a niche in the wall as it curved back toward the hallway. It contained a café table and two chairs and provided a modicum of privacy for two people to conduct their negotiations away from the crowd. Tanner nodded for her to sit, then opened the deck of cards.

“This is a new game to you,” he told her, “so I would like you to make the first choices.”

She took a deep breath, fanned out the cards, and started turning them over.