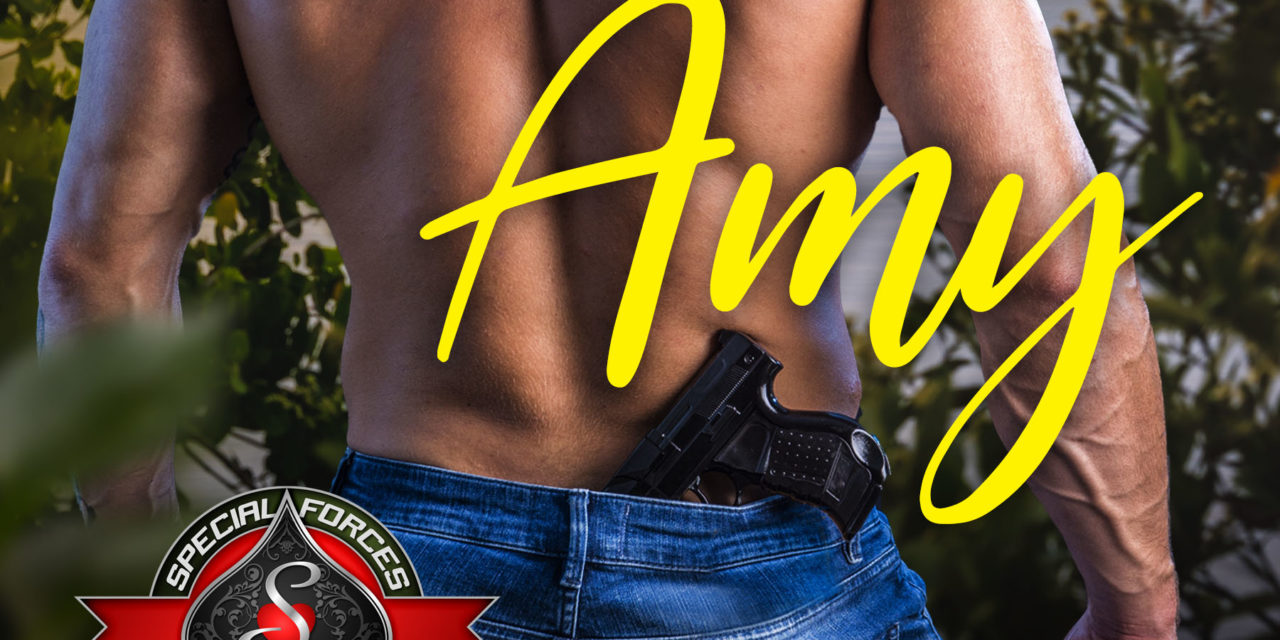 This book is dedicated to two smart, resourceful, accomplished women

Amy Nease, my daughter who has carved out yet another hugely successful career for herself

It’s hard when your whole life has been the SEALs to adjust to an injury that changes everything. For Quinn McCoy it was a lifechanging experience and one he was having trouble adjusting to. Then his friend Tex Keegan hooked him up with a bodyguard job-with a lot of persuasion-and life changed for both of them.

Would he still have the skills for Protecting Amy?

She thought her past was firmly behind her…

Amy Ressler was a vivacious, outgoing person, looking forward to her first job after graduating college. Until the night her stepbrother slaughtered her entire family, and thought she was dead, too. For ten years she’d been living under an assumed name in a house in Tampa with security guards and a security system. Her agoraphobia keeps her a prisoner in the house where she designs sought after video games. 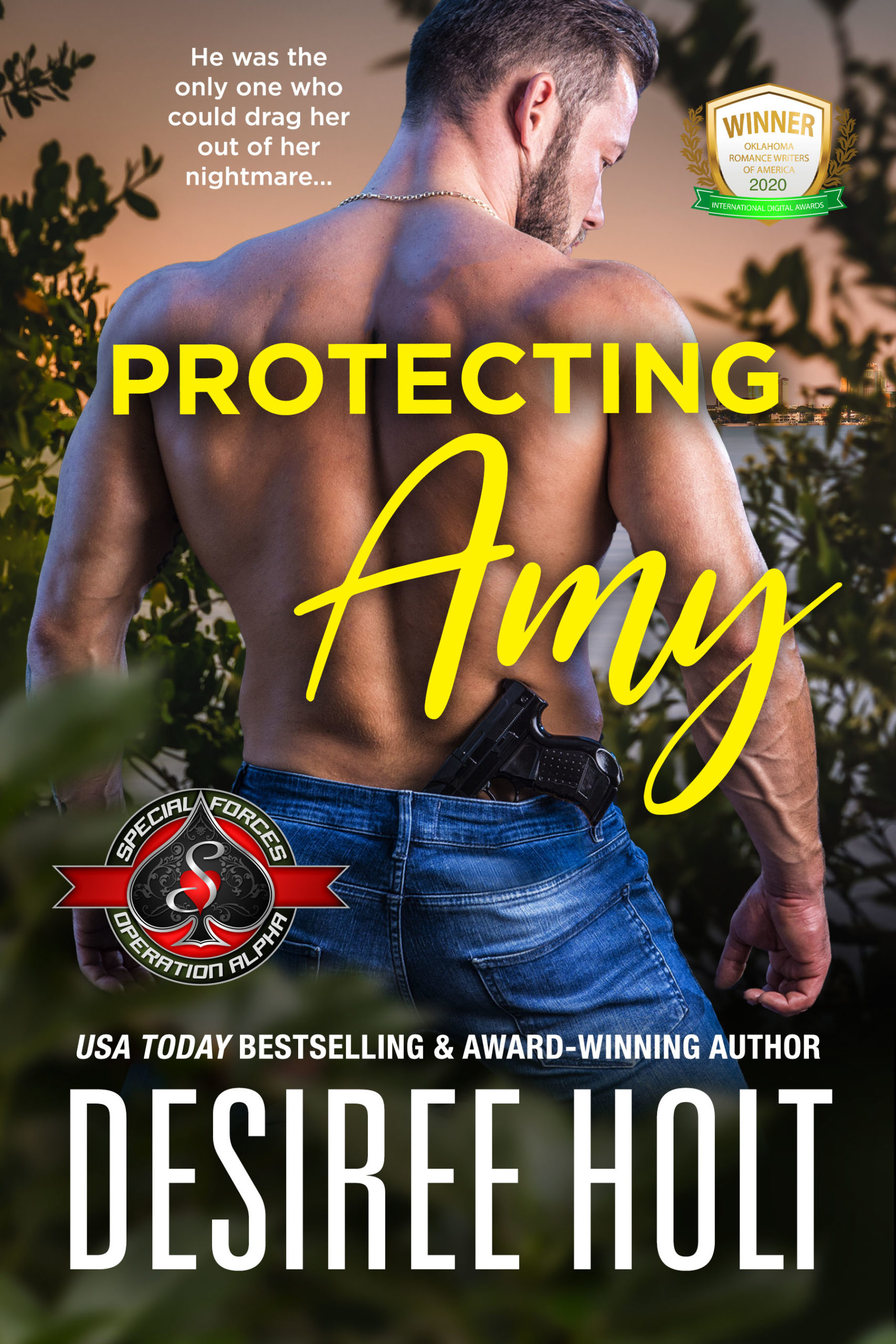 Quinn Molloy has been part of the teams for eighteen years and suddenly an injury left him with no place to go, except to visit his friends Melody and Tex Keenan. Where they introduce him online to KitCat, Amy in her online disguise, a terrified woman who needs a bodyguard.

The killer is loose…

When Matthew Baker escapes from jail the hunt is on, led by the US Marshals. But with Amy helpless in her self-imposed prison, Quinn accepts the job as her personal bodyguard, and they discover that what starts online can explode n the bedroom. As long as he can keep her alive.

Quinn Molloy stretched out his legs, paying careful attention to the one that would forever bear the damaging wounds. The one that killed his career with the SEALs. He made himself exercise faithfully, determined not to be any worse off than he was. Some days it was tolerable, but today it ached like a son of a bitch, a reminder of why he hadn’t been able to get his shit together. If only there was some kind of exercise to get his brain fixed.

He blew out a sigh and wondered how the fuck he’d let himself be talked into this thing tonight. Talk to some strange female in a chat room? What the fuck? What was he supposed to say to her anyway? He’d pretty much lost all his conversational skills.

His leg might be marginally better but not his brain. He couldn’t get the frightening images out of his mind, and he was certainly no fit company for anyone. Dating was impossible, and he’d avoided almost everyone else he knew. Tex had survived a similar situation, although his was even worse. Quinn figured if he could find a way to fix himself, there was still hope for other things in his life. Maybe. He wasn’t too optimistic though. Right now, he was hardly even good enough for himself.

His idea when he accepted the invitation had been to sit on Tex and Melody’s back porch for a day or a month, however long they could stand him, contemplating his navel and the state of the world. The Keenans were each busy with their own things and assured him he could just hang as long as he wanted to. Melody said she’d be happy to feed him, but he’d have to do his own laundry.

He’d laughed at that last. He’d been doing his own laundry for as long as he could remember. And he could feed himself, if it came to that. Sometimes he cooked for Melody and Tex as a thank you. What he really needed was to be left alone so he could figure out if it was even possible to pick up the tattered fragments of his life. He’d had enough of death and killing and bloodshed. The last mission, the one that finished his career as a SEAL, he’d had to bury two of his SEAL teammates. That nearly did him in.

With the sun warming his face, he tipped his head back and closed his eyes.

“Alpha One, this is Alpha Two. Do you copy?”

It was hard to hear with the booming of guns all around them, but Quinn pressed the headphones close to his ear.

“Fuck, Quinn. They’re all around us. How did this happen?”

“Don’t know, buddy. You can bet I’ll find out. Meanwhile, we need extraction. Hold one. I am coming to you.”

He grabbed his HK MP5N submachine gun and crawled to where he knew Alpha Two was dug in. Heavy guns boomed all around him. A hail of bullets peppered the dirt right where he’d been crouching.

He had just reached Alpha Two’s position when he heard a scream and saw the last thing he wanted to see: two of his team members lying flat in the dirt, bleeding from multiple wounds.

“We gotta get out of here,” Alpha Two—Brent Jakes—shouted at him.

“I already called for exfil. Let’s make some noise so we can get these two guys out of here. Cover me.”

As he crawled toward the two wounded men, a huge explosion sounded near them, and—

Kindle Worlds 101-A whole new experience for authors and readers 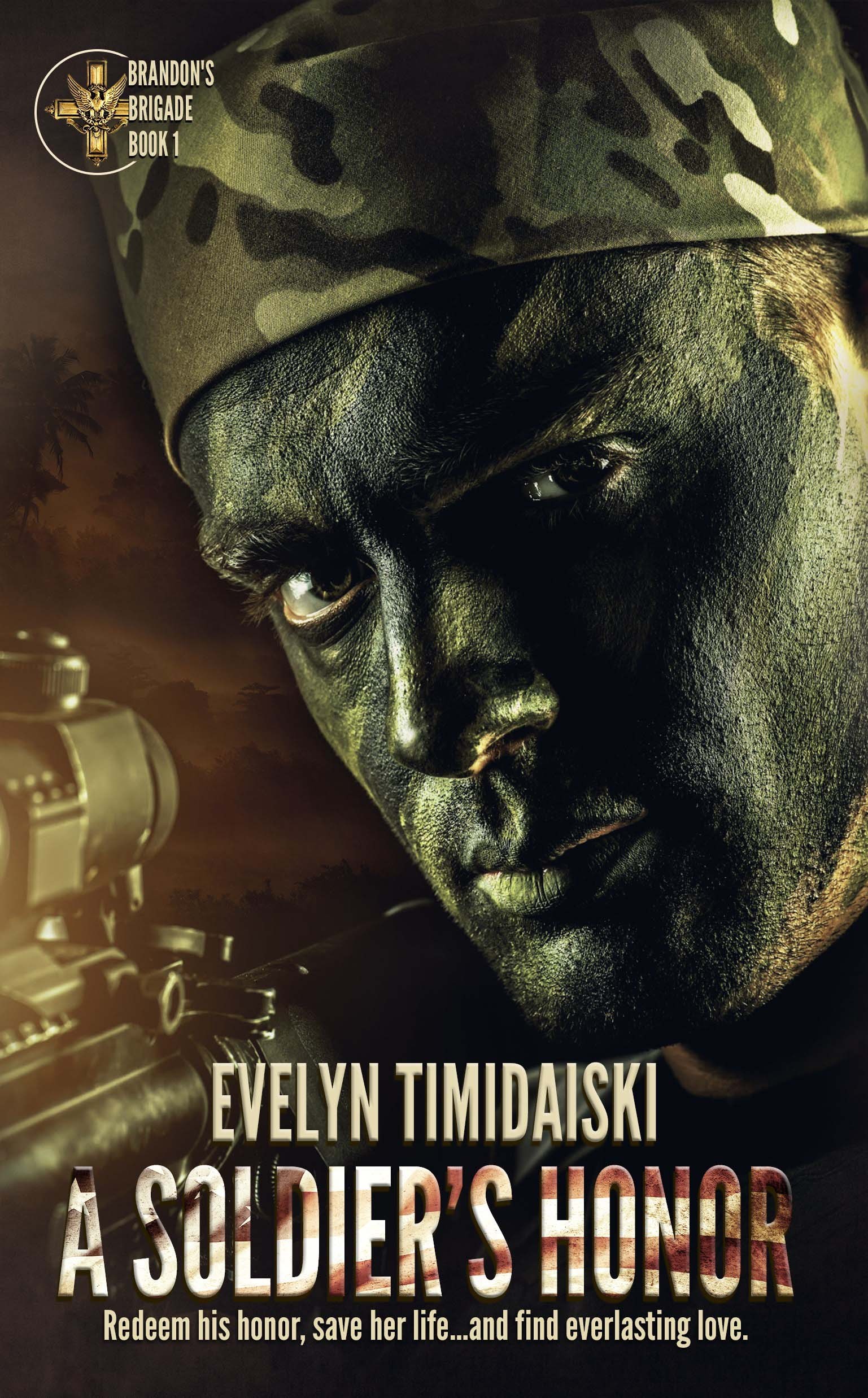