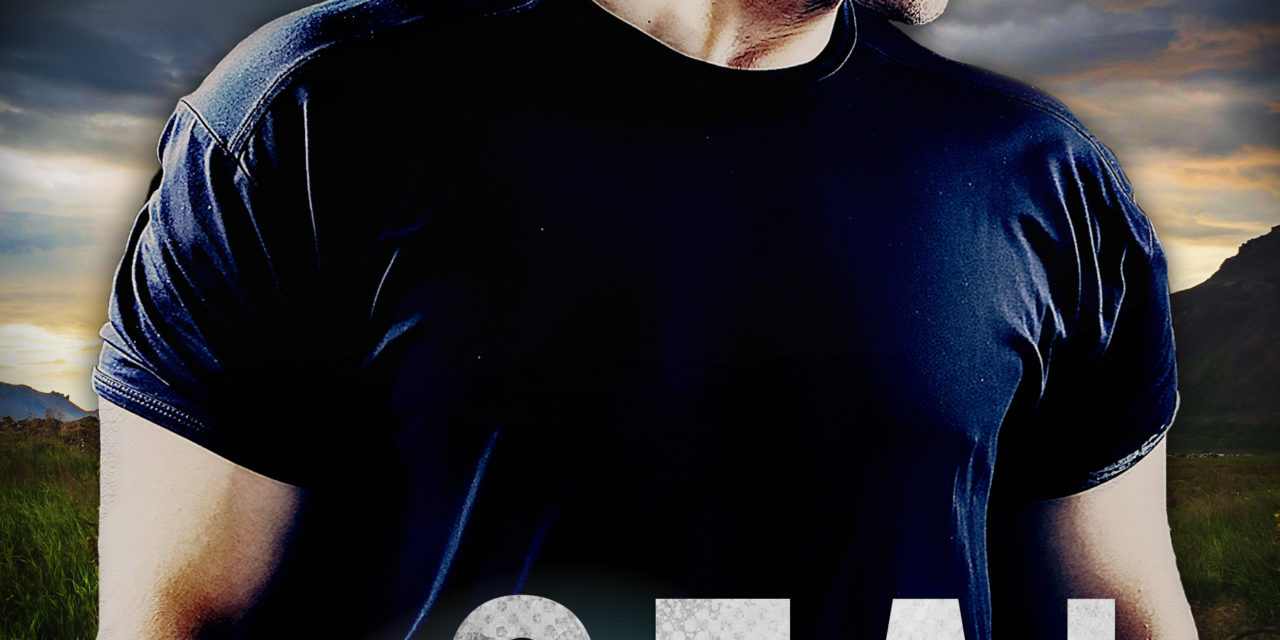 And be sure to check out all the Silver SEALs books

Max DiSalvo (Commander, Navy SEALS, Ret) double checked to make sure his boat, the lead boat in his small fleet, was securely moored in its slip before heading along the dock. Next he made sure that everything was locked up in the small shed where he kept extra equipment and where they finished cleaning at the end of the day. Finally he climbed the steps to the parking lot where his truck sat. His shoulder still bothered him now and then, but it didn’t keep him from pulling his share of the load. It just meant a hot shower at the end of the day and an application of the stuff the therapist had given him. He’d learned to live with the twinges and the stiffness when the weather was really cold. He was grateful that it hadn’t been worse, even if it had ended his career as an active duty SEAL.

Hauling himself into the driver’s seat, he rolled down his window and sat for a moment before cranking the ignition, just enjoying the scene. The sun was setting, its rays 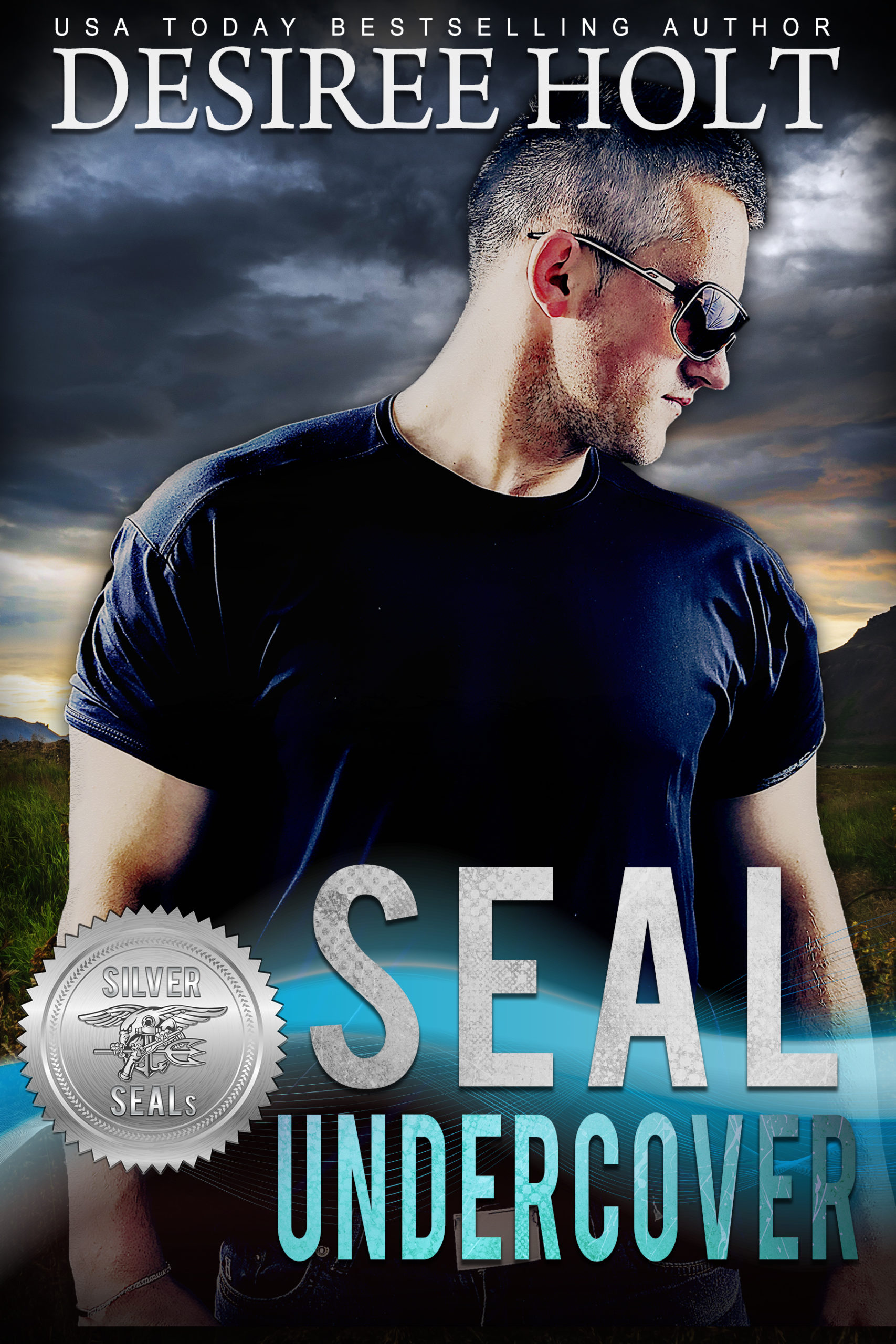 warming the air and sending heat through the windshield. The scent of sea salt filled the air, mingled with the aroma of fresh fish and diesel fuel. Another good day on the water. His crew had packed the entire catch up for delivery and taken off, so all he had to do was— What? Shower and change? Have a cup of coffee? A drink? Was that what his life had come to?

As a teenager, he had loved working in his family’s small but productive fishing company. He’d also spent summers at it until he graduated from college. He loved being on the water and when he wasn’t working a boat crew he was swimming, kayaking, or enjoying other water sports with his friends. Was it any wonder he ended up being a SEAL?

Once he joined the Navy and was accepted into the SEALs, he’d had no more time for the company. If he wasn’t on a mission, he was training for it or involved in rugged activities with his fellow SEALs. And enjoying women. Nothing serious. He was married to the SEALs. But he did enjoy the ones he spent time with. He figured when he settled down, so to speak, he’d have plenty of time to concentrate on a woman.

That moment in his life came sooner than he expected. At forty-eight he hadn’t been quite ready to leave the SEALs, but he didn’t have a choice. On the final mission he led his SEAL team, he’d been shot twice in his shoulder, the bullet seriously impacting the muscle and bone structure. The injury had ended his career as an active duty SEAL, and that had been the bitterest pill. He had done his best to requalify, sweating through all the therapy sessions and repeating the exercises at home, forcing himself through the pain to practice on the gun range, but it hadn’t been enough. His attempt to be restored to active duty had been an epic failure, one he had to get over if he was going to enjoy the rest of his life.

So now here he was, Commander Max DeSalvo, Retired, trying to step back into a life he hadn’t known for years and wondering if he’d be able to do it. Or even wanted to. He still had the skills, no question about that. Some things you never forgot. He was still physically fit, even allowing for the shoulder. So what if he had more gray hair on his head than he’d like. Maybe it made him look distinguished. And he couldn’t deny that commercial fishing gave him a sense of peace he hadn’t known for a very long time.

On the way home to Maine, he’d turned his thoughts to the future that had a remarkably different outlook. His parents, now in their late seventies, had been hinting about retiring and indulging their passion for traveling. Max had often thought about spending his days working on the ocean he loved so much, running the fishing boats he’d grown up on. He just hadn’t expected it to happen so soon. At least, he thought, he had a plan, a purpose for after the SEALs, which so many men he knew did not.

A few strokes of a pen had turned the company over to him. It was like putting on an old familiar sweater, and he had to admit he loved it. The fishing. Watching the sunsets. Being on the water. Reconnecting with some old friends.

Today had been great, catchwise. He had a top quality crew and top-notch captains for the other three boats, but his life had holes in it. Perhaps he’d left attention to the personal part too long. Maybe that was why he couldn’t get rid of this restless feeling.

Shaking his head, he started the engine, pulled out of the lot, and headed for home. These days that was a small New England colonial with a wide front porch. He’d thought of renting, but Sunset Harbor, as small as it was, only had two rental complexes, and neither one really appealed to him.

He had no fucking idea who she was, or how or when he’d even meet a she. He obviously hadn’t prepared well on that front. Just dragged his sorry ass back to Sunset Harbor, took over the reins of DiSalvo Commercial Fishing, plunked down a deposit on the house, and somehow expected his life to suddenly come together. The first six months he’d been busy getting reacclimated to civilian life, to his small hometown, and reconnecting with some of the people he’d known years before. As long as his right hand held up, he hadn’t missed female companionship.

But he felt it was time to make some changes in his life in that direction. Now that he had a stable, settled life, he didn’t want to live it alone. Not that he’d made a real effort to find female companionship. But he was growing tired of moving from one day to the next and wondering if this was a sad forecast of the rest of his future.

With a sigh, he showered off the fish smell and pulled on clean jeans and a DiSalvo T-shirt, checked the dismal contents of the fridge, and decided he’d have dinner and a beer at The Rusty Scupper. Ted Doyle always served the best food, didn’t pester him with questions, and he could hang out or not.

Less than thirty minutes later he was situated on a stool at the polished oak bar at the Scupper, sipping on a local craft beer and waiting for his meatloaf and mashed potatoes. A not very glamourous meal but damn! Nobody made it better than Ted’s cook. Maybe when he found a woman that would be one of the requirements. But first he had to start looking, and Sunset Harbor had a woefully short list of candidates.

“Here you go.” Ted slid the plate onto the counter in front of him, the fragrance of the food drifting up in a cloud of steam.

“Man, if your cook was single, I might have to marry him,” he joked.

“Maybe you can catch him on one of the nights his wife kicks him out of the house. Enjoy.”

He was just swallowing the last bite of his dinner and working his way through his second beer when a hand clapped down on his shoulder. At first, he tensed, wondering who was touching him that way. But when he turned his head, he found himself smiling.

“Crash? Holy shit, is that you? Dan, it’s good to see you.” He looked the man up and down. “But what the hell kind of costume party you dressed up for?”

Navy SEAL Silas “Si” Branson would always be Crash to his SEAL friends, the reminder of his famous joyriding episode. The man was tall as ever and still looking fit. Only instead of fatigues or jeans he was decked out in a tailored navy suit with a white shirt and a striped tie. His hair was cut a lot shorter, too, and when Max looked down he saw Si’s feet were shod in what looked like expensive loafers.

“If only.” His friend sighed.

“So I guess the rumors are true. You’ve gone over to the dark side.”

Max DiSalvo gave his entire life to the SEALs. He would have married—he certainly enjoyed women—but he never could find one who understood his dedication to the Teams, even though many of his team members married happily. It takes a certain caliber of woman to be a SEAL wife, and Max just never found one who fit with him. Now, at forty-eight, he is out of the SEALs, running his own commercial fishing company in Maine where he grew up, and waiting for his assignments from DHS.

Regan Shaw, a SEAL widow, is an Intelligence Operations Specialist with DHS, and a woman who Max is drawn to from first sight. Part of her job is analyzing information to assess threats, and she’s discovered a doozy—there is a secret group of very wealthy people who, in partnership with a powerful cartel, are using the border with Mexico to smuggle terrorists from the Middle East into the country. Word has leaked that the cabal is planning a terrorist attack to take over the country on a national holiday, and a high-level member of the government is clearing the way with them for everything.

The group is about to have one of its executive meetings at an exclusive resort in Texas and that’s where Bone Frog Command is sending Max and Regan as husband and wife. Credentials have been arranged, and a story has been set, and there is backup for him should he need it, but the orders are: get in, get the information, and get out.

It doesn’t take long for them to realize how dangerous this group is and that it must be stopped. Now. When someone betrays them, and Regan is kidnapped, Max goes into war mode because, in Regan Shaw, he’s found the woman he’s waited for all his life, and he doesn’t intend to lose her now. But he will need every bit of the skills he learned as a SEAL to rescue her and bring down this very dirty conspiracy. 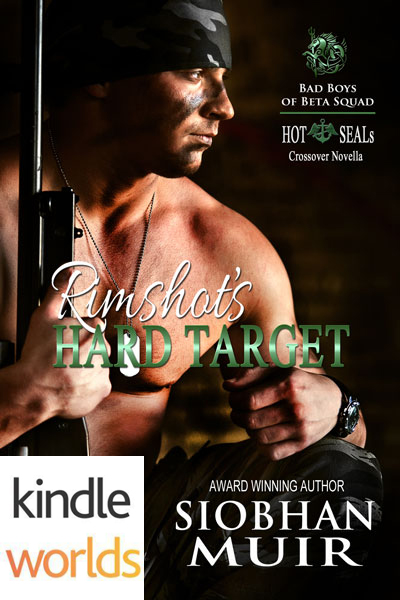 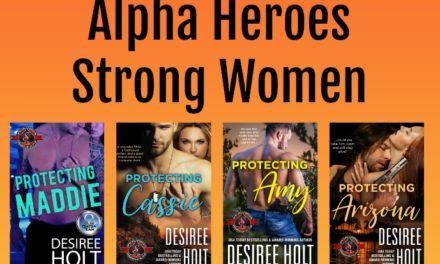