Desiree's Place > General > What happens in a no-strings affair

Though he doesn’t acknowledge it, Jake’s entire Naval career was his response to guilt over his brother’s accidental drowning death when they disregarded instructions, as kids do, and swam in choppy water  (making him an only child). His now estranged mother blamed him for the accident, his parents split over it. He completed partial college, enlisted in the Navy then entered SEAL training. After becoming a SEAL he served only one tour because his father became ill and he came home to NYC to care for him.

Most heroic trait: Empathy. Responsibility. Jake is disciplined, focused and feels everyone’s pain while ignoring his own psychic wounds.

What kind of woman is his perfect match? The perfect woman for Jake is one who can help him recognize he isn’t personally responsible for everything that goes wrong in the world, someone who can make him laugh and challenge him yet nurture him. And someone who can accept all the pent up love he wants to share with the people in his life.

Honey packs everything she owns and heads to NYC to jumpstart her art career. Her cheating boyfriend is history, and she finally acknowledges the truth of her mother’s mantra: Careers are forever and happily ever after isn’t in their DNA.

All she needs is a job and a place to live. What she doesn’t need is a taciturn, sexy, ballbuster but she’s woman enough to know the difference between need and want. Isn’t she?

Jake’s childhood was marred by tragedy and his future hijacked to a promise born of guilt. His failure drove him to a career as a SEAL and a security expert.
But it’s not enough. Now he’ll give up his freedom in reparation for the life he lost. Honey may be the last sweet stop on the road to a joyless future. If it’s what they both want, where’s the harm in a no-strings affair?

Author Charlotte O’Shay was born in New York City into big family then married into another big family. The drama! The noise! Negotiating skills honed at the dinner table led her to a career in the law.After four beautiful children joined the crowded family tree, Charlotte traded her legal career to write about happily ever afters in the City of Dreams. Charlotte loves to challenge her heroines and heroes with a crisis and watch them figure out how strong they really are while they fall in love.

Why do you like writing military heroes? A military hero is so often such a complex individual. I’m interested in why these men and women join the military in the first place. Of course for love of country but patriotism alone isn’t the reason why many serve. I like looking underneath the surface to discover the full person inside the military persona.

Get your Red Hot Valentines 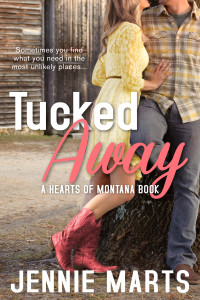