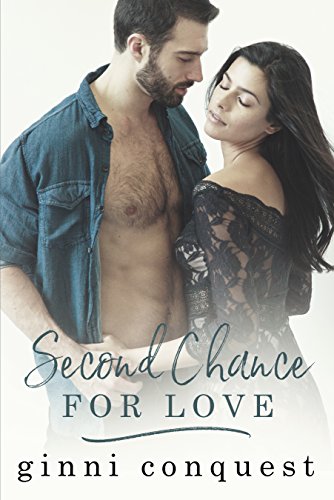 “Sweet and sexy with hotness thrown in.”

Suffering from a devastating loss, Rebecca Forrester is finding it hopeless to move forward with her life. It’s just easier to succumb to the darkness that surrounds her. When an unexpected visitor arrives, he forecasts a beautiful and fulfilling life for Rebecca if she is willing to open her heart and mind to change. It’s the kind of change that will bring James Collinson into her life, but is he willing to let another woman into his? Battling his own heartbreak, James remains focused on his business and raising a teenage son. Could James be the answer to Rebecca’s happiness? Is there a second chance for both of them to find love again?

Slowly opening her eyes, Rebecca woke up to the sound of birds chirping in the distance. Her first thought was that she overslept and that she had better get ready for work. She was grateful that she had gotten thru the night and it was a start to another day. Promising to be kinder to herself on this first day of a new year without Denny, Rebecca gave herself a little smile of encouragement that she truly wasn’t feeling.

“You can do this,” Rebecca whispered out loud.  “Just take one step at a time.”

Rolling over onto her back, Rebecca was startled to find that she was lying down in tall grasses which surrounded her and that this definitely wasn’t her bed. Laying her arms straight out on either side, she felt the grass beneath her hands.

“Where am I?” whispered Rebecca. With a sense of panic, she stood up in a beautiful meadow filled with gorgeous wildflowers. The beauty in front of her just took her breath away.  Every single color imaginable surrounded her. It reminded her of the sixty-four Crayola crayon box that held all of these incredible colors.  She felt a slight breeze that softly kissed her skin and made the flowers sway gently in unison. Reaching out to touch one of the flowers, the petals were shockingly soft, unlike anything she had ever felt before. Feeling totally disoriented, Rebecca knew she went to bed but didn’t know where she was or if she was dreaming this.  It was too real not to be true.

As Rebecca tried to calm her quickening pulse, she took in the beauty of the landscape and was actually afraid to move from the spot on which she was standing. Its beauty overwhelmed her as the colors were so vibrant they bordered on almost hurting her eyes. She even noticed that the air smelled sweeter than what she was used to and that the weather was almost too perfect. As she breathed in and out, it seemed to have a calming effect on her.  She knew that she was in a peaceful place but where?  What is this place thought Rebecca and why am I here?
As far as she could see, the landscape was breathtaking but there wasn’t a soul in sight.  She raised her face to the warmth of the light and let it soak deep within herself.  The light resonated peace and love; yes love.  That was the emotion Rebecca felt from the light and let herself be engulfed in it. She embraced it. Her body and mind craved this so much.  It was though this place knew her and what she went thru the past year. It gave her comfort.
“Where am I?” whispered Rebecca.

Off in a distance, she thought she heard a dog barking; a bark that sounded so familiar to her. “No it couldn’t be,” thought Rebecca. Where was that bark coming from?  As she looked in the direction of that sound, she saw the tall grasses start to move in front of her with a top of a dog’s tail sticking above the grass.  With a look of disbelief on her face, a big yellow Labrador retriever started running towards her.  This couldn’t be her beloved dog Sampson as he had died two years prior to her husband’s tragic passing from the car accident. Yet as the Labrador got closer to her, Rebecca knew in her heart that this was Sampson. She saw the American flag collar on his neck and how his long tongue always fell out of his mouth onto the right side when he was running. Feeling tears flow uncontrollably down her cheeks, Rebecca just started laughing. She was shocked to hear herself as laughter was an emotion that she had no reason to feel.  As she knelt down to embrace the dog that she missed so much, Sampson ran right into her arms and slobbered her with what Rebecca always called “doggie kisses.”  She just held onto him, not quite believing this was truly happening and that she was being given a second chance to be with him.
Grasping his face, she looked incredulously into his eyes. Running her hands down his ears, she started kissing both sides of his jowls and just breathed in his scent. As she was hugging him to her body, Sampson started rubbing his head on her cheek just like he did when he was alive.  At that point, Rebecca knew it was her beloved dog.

“How are you my sweet boy?  I’ve missed you so very much. I can’t believe this is you!” Looking at him, she noticed that Sampson was a young pup again and not the feeble dog they had to carry outside towards the end of his life. She briefly thought of their last time together as she hugged him at the vet’s office when she said goodbye to him. She couldn’t believe this was happening. Was this a dream or reality and why?
“You are young again Sampson! I just can’t believe it’s you! You are my handsome boy,” laughed Rebecca. She couldn’t stop the joy and love she felt while hugging Sampson close to her.  How could this be thought Rebecca?

With Sampson’s ears perking up, Rebecca saw that something caught his attention.  Slowly standing up, she couldn’t take her eyes off the man who was coming towards her.  Not even blinking for fear that this mirage would fade away, Rebecca’s eyes just stared at him as he got closer to her. She quickly wrapped her arms around her waist as though to protect herself from whom she was seeing. This was entirely too much for her to handle and just felt that her world was crashing down around her. As the man got closer to her, he raised his hand in a familiar gesture as fresh tears came pouring out of her eyes. 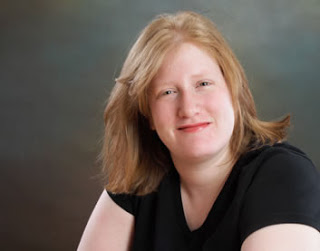