Kick off your shoes and fall in love. That’s the motto at Roxanne St. Claire’s Kindle World. Here for your great reading pleasure a brand new batch of love stories. Only $1.99 each, so pick up a handful!

**Leave a comment. One lucky person will win a $5 Amazon Gift Certificate 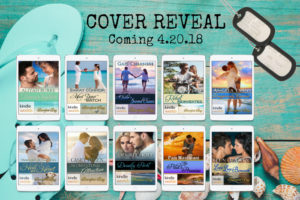 FOREVER TOGETHER by Aliyah Burke https://www.amazon.com/dp/B07CJ4C7HQ/

A Marine and a single mom are reunited on an island paradise.Flynn O’Malley comes to visit his brother and runs into a face from his past. Mia Borde sure has changed from the little girl he knew while growing up and he wants to get to know her all over again. She awakens something within him he never knew existed.Mia is a widow and focused on raising her little girl. When her past blows into her life, she is expecting a momentary fling with him. Flynn is thinking a bit longer than that, but she’s been the wife of a Marine once, can she do it again? It’s not just her heart she has to think about.They have a past, they’re enjoying their present, will they be allowed a future, forever together?
DANGEROUSLY EXPOSED by Angela Evans
https://www.amazon.com/dp/B07CHV9R14
Mari Williams sees the world through the filter of her camera’s lens. Working as a high fashion photographer she’s built her career on not giving in to the fashion industry’s demands of creating unattainable images of beauty. When Mari finds herself at the center of a scandal around her photos she seeks refuge in Barefoot Bay. A lifetime of building a career she’s proud of is threatened and she doesn’t know by who or why. While hiding out and hoping the storm blows over she finds herself drawn to a sexy stranger and for the first time, she doesn’t long to hide behind the safety of her camera.Brett Reynolds, former Army Ranger, makes a living by never missing a detail so he can keep his high-profile security clients safe. That skill honed over years in the military and years in the security business is what alerted him to Mari standing on the beach, hiding behind her camera studying him through her telephoto lens. That keen attention to every detail is why he’s determined to find out what’s troubling Mari and keep her safe. Mari has spent a lifetime keeping the world and any potential relationships at lens-length, using her camera as a buffer between her and the world. Brett finds himself suddenly beginning to crave the family roots that he sees forming all around him, but when things get hot will he be able to choose Mari over the loyalty he feels to a fellow Army Ranger on the wrong side of the law?
Unconventional Attraction by Casey Hagen
https://www.amazon.com/dp/B07CHVBGKC/
Caterina Centore tried for six months to snag leave from the Army before they finally approved it. She has every intention to put that time off to good use by heading to Barefoot Bay to meet her brother’s new love and make sure she’s good enough for her baby brother. What she didn’t expect was for her brother to take advantage of her protective nature by enlisting her to dog sit for their new puppy, Hank, while he takes a two week vacation to St. Martin. Hank is long on hijinks and short on manners and it’s not even twenty-four hours before Caterina enlists the help of local mobile vet/dog trainer, Miles Weston, to whip Hank into shape and make him hup, two, three, four like a good little soldier before his doggie parents arrive home. Miles Weston has finally found peace after a messy divorce that led him to losing the vet practice he’d built from the ground up. The last thing he needs is to train an adventurous dog with fierce spirit to perform like an emotionless solider, even if it means spending more time with about the sexiest, most exhilarating, yet most rigid woman he’s ever met. While Hank could use a few lessons, he’s not nearly the lost cause Caterina claims he is, and Miles sets out to train Caterina in a few lessons of her own.He has two weeks to soften Caterina’s heart while fortifying his own so he doesn’t fall head over tail for a woman who, from the onset, intends to walk right back out of his life.
DEADLY PERIL by Desiree Holt
https://www.amazon.com/dp/B07CJ62GN2/
It was bad luck that had Robin Hanna working late the night her boss, already in trouble with the feds, had two late visitors. Worse luck for him when they shot him dead. Barely escaping the men chasing her, she connects with Jonas Faulkner, the FBI agent who she’s been helping build a case against her boss. In less than twenty-four hours, they whisk her out of town and off to the Casa Blanca Resort and Spa in Barefoot Bay, Florida. If she has to hide away, she gives thanks for the hiding place they picked…a luxury resort.The old saying about the best laid plans of mice and men going astray would definitely apply to Trey DeMarcus. He had his life all mapped out: a beautiful wife, a career in JAG, and then retirement to Montana, a state where he’s always wanted to live. But, along the way, his wife objected to both the kind of law he wanted to practice and where he wanted to live. Her divorcing him on the day he retired from the Navy cut him to the quick, and in a year he hasn’t healed. Which is why he’s on a forced vacation at the Casa Blanca Resort and Spa.When these two meet up at Barefoot Bay, they have nothing in common except lives in chaos. Robin is terrified the killers will find her, and Trey has vowed never to risk his heart again, But Barefoot Bay works its magic, and soon the electricity between them lights up the sky. But when Trey gets the wrong impression of something, this second chance for both of them could be sunk in the waters of Barefoot Bay.
MEET YOUR MATCH by

He’s smart, he’s rich…and he’s lonely as hell. Axel Caverly isn’t your typical millionaire playboy. The top tech guy at Dragon Sports, an athletic gear company that’s recently expanded into designing products for athletes with special needs, he spends more time with circuit boards than socialites. When his boss, an alum of Perfect Match, suggests Axel entrust his love life to technology, it’s a no-brainer. Bravery isn’t an issue for U.S. Marine Corps aviator Babs McClellan. She’s flown in combat situations and survived a helicopter crash in enemy territory. But when she auditions for Perfect Match, a televised dating reality show in hopes of meeting a man who will appreciate her for the woman she is instead of who she isn’t, it will take every ounce of courage to reveal her heart, body and soul. 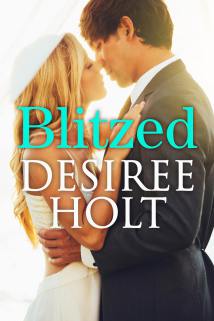 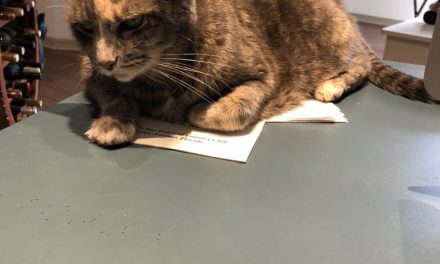