I may write romance but I am a triller junkie. This one is addictive. I could not put it down.

The most powerful book to hit the bookstores this year. Do not miss it!

A story so powerful it will last kong after the final words.

Jack Carr, a former Navy SEAL, led a special operations teams on four continents as a Team Leader, Platoon Commander, Troop Commander and Task Unit Commander. So when he delivered a thriller about a fictional former SEAL, famed editor Emily Bestler had to sit up and take notice.

James Reece, and his creator, Jack Carr, are destined to join the ranks of ubiquitous names in the political thriller genre.

In TERMINAL LIST, Lieutenant Commander James Reece is compiling the most dangerous list in America; on it are the names of individuals at the highest levels of government and the military, each of whom has played a part in a treacherous, vicious plot that left Reece’s entire team dead in a catastrophic ambush and resulted in the murder of his loved ones. With nothing left to lose, he’ll target them in an equally brutal fashion, without regard for the laws of combat or the rule of law.

On his last combat deployment, Lieutenant Commander James Reece’s entire team was killed in a catastrophic ambush that also claimed the lives of the aircrew sent in to rescue them. But when those dearest to him are murdered on the day of his homecoming, Reece discovers that this was not an act of war by a foreign enemy but a conspiracy that runs to the highest levels of government.

Now, with no family and free from the military’s command structure, Reece applies the lessons that he’s learned in over a decade of constant warfare toward avenging the deaths of his family and teammates. With breathless pacing and relentless suspense, Reece ruthlessly targets his enemies in the upper echelons of power without regard for the laws of combat or the rule of law.

An intoxicating thriller that cautions against the seduction of absolute power and those who would do anything to achieve it, The Terminal List is perfect for fans of Vince Flynn, Brad Thor, Stephen Hunter, and Nelson DeMille.

“This is one of the most exciting debuts I’ve read in ages,” said Emily Bestler, who first brought Vince Flynn and Brad Thor to market. “While this is a work of fiction, Jack Carr’s decades of experience as a SEAL, ranging from communications and intelligence to leading sniper teams to commanding a Special Operations Task Unit, give THE TERMINAL LIST the on-the-ground authenticity that breaks a political thriller out from the pack and certainly grabbed me from page one.” 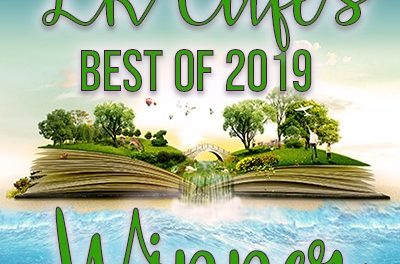