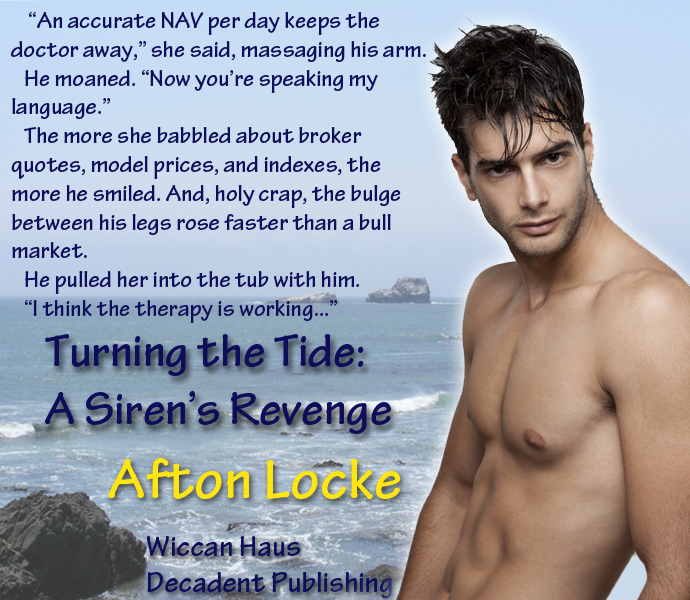 “What happened to you?” she asked.

“I had Myron give me a reading about the stock market. Apparently, it fell a lot today.”

“Hello? It’s been doing that for years.” She raised an eyebrow. “It always rallies, doesn’t it? Are you sure nothing else is bothering you?”

Nothing but the truth. The ugly reality that would turn her gentle eyes into hard pools of hatred. He couldn’t help crying out as the biggest cramp yet squeezed his body. She crouched over him on the stone bench, one leg on either side of him.

After crying out, too, she collapsed on top of him and laid her damp cheek against his. “Tell me what to do for you,” she said in a strangled whisper. “Or I’m calling the guys.”

Having her weight on him made breathing even harder, but feeling her soft skin was worth it.

“Kiss me,” he whispered back.

Her mouth covered his so fast it stole what little breath he’d managed to draw. Her lips were salty with tears. Nothing had ever tasted so good. He drank from her—her love, her healing, her very essence.

She shifted her pelvis, sliding it over his hardening cock. When the indentation in her blue terry cloth shorts contacted the head, he pushed, needing to enter her more than breath.

“What?” When she dragged her torso across his chest, he felt her erect nipples through both their shirts. “Anything, Giovanni. I’ll do anything for you.”

Instead of replying with words, he forced his hand down the back of her shorts and gripped the sweet curve of her buttocks. The scent of her arousal mingled with the misty air, impossible to ignore.

“Yes,” she cried, swinging a knee to one side of him and tugging down her shorts.

His groin clenched at the sight of her wet panties. Knowing he’d aroused her so much gave him ten times more power than running a high-level board meeting. With one hand, he pulled up her white tank top so it rested above her breasts. With the other, he helped her out of her shorts and panties.

He’d never grow tired of gazing at the thatch of neatly shaved hair between her legs. It looked as businesslike as the suits she used to wear to work. How often had he fantasized about undressing her when he was her boss? Now he knew how those tantalizing dark hairs felt and tasted slipping across his tongue.

One by one, his muscles eased their tension from pain to anticipation. His cock was so wet with pre-cum when she grasped it, her palm slid to his balls in a single stroke. Although his neck still hurt, he lifted his head to gaze at her rosy nipples and the puckered skin around them. Droplets of mist from the hot water spring jet on their side of the pool dotted her smooth skin, making her resemble a goddess.

“Protection,” he muttered, letting his head drop back to the hard bench with a smack. “We don’t have any.”

“Yes, we do.” With a hand still on his cock, she rummaged in the nearby towel cabinet with the other. “They’re hidden in here.”

She wouldn’t have known exactly where they were unless she’d considered using them with him. More pre-cum pooled on the head of his erection. Finally having her, after years of lusting for her, was more than a fair exchange for missing critical time from work.

To hell with the truth. He’d tell her afterward. 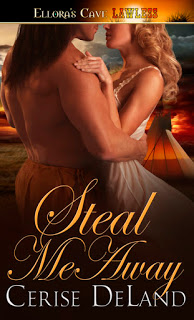