Desiree's Place > General > Which hero would you choose?

My Guardian Security series has four incredible heroes, everything from a troubled loner to an emotionally closed off hunk. They each have their own problems but all of them are sex on a stick. So check this out: Do you choose Quinn, Nick, Reno or Zak?

Leave me a comment. One lucky person (US or Canada only) will win a print copy of     zMoving Target.

Kathryn Holt knows only that she has to get far away as fast as she can. In a frantic, cross-country odyssey, she transforms from pliable Kathryn to feisty, determined Kate Miller, staying one step ahead of the killers on her trail. Then Fate delivers her into the hands of a dark knight with a tortured past. The safety he offers is as tempting as he is. After having his perfect life ripped apart, recluse

Quinn sees protecting Kate as his chance for redemption. He never plans on wanting the guarded beauty, never mind falling for her. Denying the explosive chemistry between them is useless, and as danger closes in he must fight to expose the killer or risk history from repeating itself.

Just when architect Lindsey Ferrell thinks she’s gotten her life back on track, the

terrible nightmares return, and out of nowhere, a stalker sends note to her office. Photos follow, then emails, and she can’t dismiss the threat any longer. Hiring security seems the logical answer, but there’s nothing logical about her body’s reaction to the sinfully sexy expert bent on keeping her safe. Guardian Security partner Nick Vanetta believes there’s more behind the situation than a simple

fixation, and he wonders if the answer is buried somewhere in her past. As they dig deeper into her family history, the sizzling attraction between them burns hotter and the job becomes much more than playing bodyguard to this headstrong woman. To protect the woman he loves, he must find the stalker…before it’s too late.

After her husband was killed and she lost her unborn child, Sarah Madison believed she’d never find love and happiness again. Instead, she has channeled all her energy into her job as assistant to the sexy CEO of Guardian Security. When he proposes a marriage of convenience, the chance to become a mother is tempting, and so is her new prospective husband. His only flaw—the distance he keeps between himself and his sweet little daughter.

Reno Sullivan’s life is a mess. His first marriage was based on a lie, and the fiery death of his wife left him to raise a baby—a constant reminder of his wife’s deceit. He desperately needs someone to mother the child and take charge of his personal life, and his no-nonsense assistant is perfect for the job. Unfortunately, the alluring woman in the bedroom next to his chips away at his determination to maintain the hands-off clause in their agreement and the ice around his heart.

dead body with a gun in her hand and no memory of what happened, the first thing she does is run. The second thing she does is call the one person she trusts to help her—the man she abandoned two years ago. He’s not as bossy as she remembers, but he’s sexier than ever. She made a mistake not listening to his warnings, and she’s more than willing to kiss and make up…if she can just stay alive long enough.

Zak Delaney, partner in Guardian Security, never expected to hear from his ex-fiancee again. After Zoe left, it took him a long time to put himself back together. Now he must cast aside his hurt and anger in order to protect her. He’ll have to rely on his resources at Guardian Security to clear her name and every ounce of his self-control not to fall for her charms again. But as danger closes in, Zak will have to learn to trust Zoe as much as she trusts him or face losing her again…and this time for good. 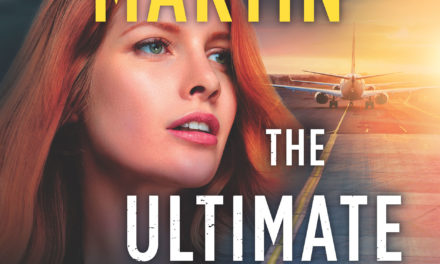 It’s title is Untitled but the book is superb