People who have learned that nothing good lasts

Can they make their relationships work?

Want to win a $100 GC? Everyone who posts a review of this book will be entered. Winner to be drawn in two weeks.

They are a four-man Delta Force Reconnaissance/Sniper team whose assignments target key terrorists and eliminate them. They have just returned from three back-to-back missions, physically and emotionally exhausted and definitely in need of some really good R&R. With two weeks before they need to report back they decide to regroup at the ranch in Texas owned by one of the team members, Slade Donovan. They can spend the time drinking, hunting, riding horses and just chilling out.

But the men of this team have something else in common, too. They are all getting older, now in their late thirties, and they want something more than a temporary fix for loneliness. They want to find the right woman and settle down with her so they each have someone waiting for them when they’re home between missions.

“I see you haven’t changed your drink preference since I last saw you, Mandy Wheeler Baker. Or whatever your name is.”
She nearly choked on her drink, her hand shaking so she almost dropped the glass. A few drops spilled over the edge. A lean, tanned hand took her drink, wiped the glass and her hand with some bar napkins and handed the glass back to her.
She stared at him, a face she’d dreamed about for so many nights yet never expected to see again. One that obliterated the faces of other men she’d met since then. “Uh, yes, it’s me.”
“And I’m guessing your name’s not Mandy Baker Wheeler.”
The lopsided grin he gave her sent heat rushing through her. 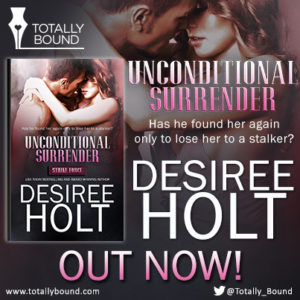 “I, um, I mean…” God, she sounded like a blithering idiot.
“Maybe we should sit down.” He paused. “Outside.”
He took her free hand, his fingers burning themselves into her skin, and towed her easily through the crowd, through the open sliding doors out to a patio adorned with appropriate furniture. She went with him, unresisting, still shocked to see him here, of all places, and after all this time. When they reached an umbrella table set in one corner, he pulled out a chair and gestured for her to sit. Her legs were shaking so much she collapsed into it. Her heart raced and she had trouble catching her breath. He was here! She wanted to pinch herself to make sure she wasn’t dreaming. Her nipples tingled as she remembered the hot wet feel of his mouth on them, and the walls of her sex clenched with immediate need. She knew her panties were soaked, for sure.
And then he was sitting across from her in the other chair in all his masculine awesomeness. She stared at him, at the hazel eyes that looked as if he wanted to devour her and the thick dark brown hair she wanted to run her fingers through. His face, as hard and sculpted as she remembered, showed slight signs of having aged—deeper lines at the eyes and the corners of his mouth—but was otherwise still the same one that haunted her dreams.
She wet her lips. “I… You… That is…” Her tongue wanted to stick to the roof of her mouth and her brain had become nonfunctional.
“Yeah. Me too.” He grinned.