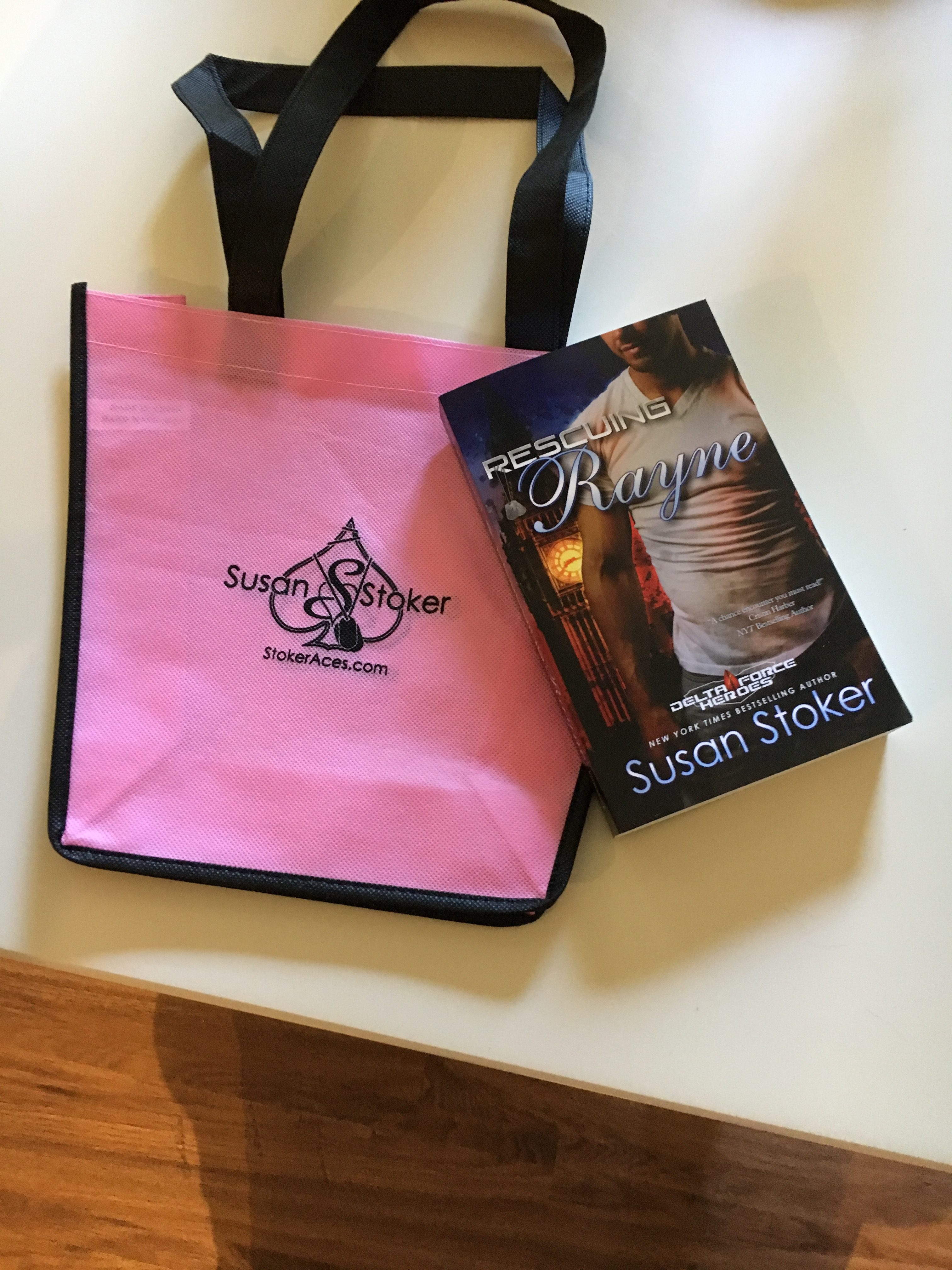 Not only is she a good friend but a fabulous author. Leave me a comment below and you could win a Susan stoker tote and a signed copy of Rescuing Rayne 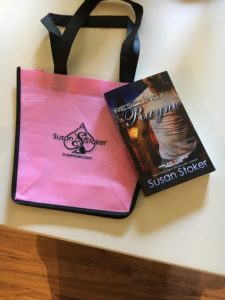 Few people know better than Delta Force soldiers that life is unbearably short and achingly precious. So Cormac Fletcher isn’t waiting one more day to marry the love of his life, Emily. Fletch has already adopted her daughter, Annie. Now it’s time to officially make Emily his too.
Emily understands just about every woman experiences a few wedding snafus—but they’re usually not of the harrowing, life-or-death variety. Fortunately for her, a guest list full of Delta soldiers and SEALs will make this an event to remember—for both Emily and the uninvited guests trying to ruin her special day.

As a flight attendant, Rayne Jackson is used to cancellations, but she never dreamed her latest would lead to a whirlwind tour of London with a handsome stranger…or a life-altering night in his bed. One evening is all the enigmatic man can give her, and Rayne greedily takes it, despite suspecting it will never be enough.
Heading home after another extreme mission, Keane “Ghost” Bryson hadn’t planned to seduce someone during his layover, but Rayne is too sweet to resist. Being a Delta Force member means lying to protect his identity, which is unfortunate, considering Rayne seems made for Ghost, right down to the tattoo on her back. For the first time in his life, regret fills him as he slips away the following morning.
Both are shocked when, months later, they meet again—under the worst possible circumstances. Seems fate has given them a second chance…if they can survive the terrorist situation they’re in. If Rayne can forgive Ghost his lies. And if Ghost can trust Rayne to be strong enough to endure the secrets and uncertainty that come with loving a Delta Force soldier.

** Rescuing Rayne is the 1st book in the Delta Force Heroes Series. Each book is a stand-alone, with no cliffhanger endings.

Video game coder, Harley Kelso, thought a tandem skydive would help her make her latest game more realistic. Instead, it literally put her in the arms of the sexiest man she’s ever seen. Geeky to the core, Harley is the polar opposite of big and burly Beckett, but that doesn’t stop her from wanting to play more carnal games with the sexy soldier.
When Beckett “Coach” Ralston offers to fill-in at a friend’s skydiving club, he doesn’t suspect he’ll meet a woman who will change his life—and he definitely doesn’t expect her to save it. But that’s exactly what happens when an accident mid-air forces Harley to land them both safely. She’s earned Coach’s complete gratitude, and even more, sexual interest…
Until she disappears without a trace.
With Harley missing, a happy ending might not be in the cards for the man who loves her—especially when he becomes the main suspect.

** Rescuing Harley is the 3rd book in the Delta Force Heroes Series. Each book is a stand-alone, with no cliffhanger endings.