You can check out the full review here:

TELL ME WHO YOUR FAVORITE FOOTBALL PLAYER IS. SOMEONE WILL WIN A $10 GC

When her relationship goes up in flames, Holly Funchess jumps straight back into the heat—by becoming a firefighter. Running as far away from her past as she can, Holly trains hard and lands a job with a small San Diego station. With everything to prove, she has no problem putting her love life on the back burner. But where there’s smoke…

“Are you planning to stand there blocking the door all day?”

The words were hostile but the voice had a low, musical quality to it that for some reason teased at his nerve endings. He turned around and nearly smacked into the woman behind him. She took a step back and glared at him.

“Did you hear me?” she demanded.

A more fanciful man might call her an earth goddess. She was tall, the top of her head coming just past his shoulder. Her long legs were emphasized by the short shorts she wore. Brown hair with streaks of light scattered through it was scraped back in a tight ponytail, the style accenting the hazel of her eyes, her high cheekbones, and her almost translucent skin.

What the fuck? Who was that stranger talking in his head? He’d been listening to his friends’ wives and girlfriends too much.

“Well?” Her voice was impatient now. “You know standing where you are you’re blocking the door, right? Some of us actually want to go inside and work out.”

“Sorry.” He opened the door and stepped aside to let her enter, trying not to notice that she had a most excellent ass.

She flicked a glance at him over her shoulder as she moved into the building carrying her workout bag. Chase had to drag his eyes away from her. Tonight he was all about working out, not hooking up, not when his friend’s engagement had dredged up yet again all the reasons why happy ever after wasn’t for him.

Still, as though some evil elf were sitting on his shoulder, he tracked the woman’s movements as she checked in at the reception desk and headed toward what he assumed were the locker rooms. The traces of whatever fragrance she wore still lingered, driving him crazy. As she walked, her ponytail bounced with the sway of her ass. He—

Chase rolled up his tongue and turned toward the front desk. Enough already.

“Uh, yeah, hi. I’d like to work out tonight. It’s my first time here, so what kind of arrangements do I need to make?”

He tried to concentrate as the very nice young lady behind the counter explained membership fees, guest passes, trial packages, and whatever else Pump It Up offered. But it was hard to concentrate when his brain seemed to have self-destructed. What the fuck?

“Yeah, I’ll take that,” he said, wondering exactly what he’d opted for.

“The thirty-day trial package?” The girl beamed at him. “That’s a great way to start. Almost everyone who buys it ends up going for the full ride.”

Thirty-day trial package? Had the snippy female mesmerized him so much he’d forgotten where he was? He’d only come here for one night. Oh, well, it would do him some good to isolate himself from the group until they got over all the happy celebrating. He took the papers the girl pushed at him, filled them out, and handed her his credit card. Along with his receipt, she handed him a two-page brochure on the facility itself and a diagram showing where all the different machines and equipment were located.

He changed in the locker room, stowed his things in a locker, and hung the key bracelet on his wrist. His normal pattern was to start with either a treadmill or an elliptical, so he headed for the long double row of them facing the front wall of glass. The treadmills were first but then he spotted Miss Ponytail at an elliptical so, perverse idiot that he was, he marched over and took the one beside her. Placing his water bottle in the tray and hanging his towel over the bar, he climbed aboard and set his program.

Why on earth was he doing this? He made it a firm habit to stay away from women with attitude like she’d displayed at the door. Women were problem enough without bothering with the hostile ones. Yet here he was, right in her space. 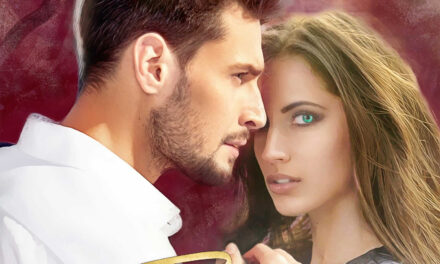 Absolute Zero. where it starts and ends