The pier was jammed, both the covered area and the pier where tables were shaded with colorful umbrellas.

“I’ll get us a couple of beers,” Zeus volunteered. “You see if you can find us some pretty ladies to sit with.”

Coyote nodded his head and turned, smacking his elbow into something soft but solid.

“Watch it, you troglodyte,” a sharp female voice spit at him. 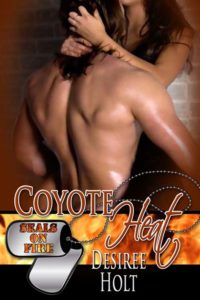 He would have laughed if the woman standing next to him hadn’t looked so mad. He guessed her height at five foot four, her heart shaped face framed by a tumble of rich brown curls streaked with gold. Her eyes were the color of the Atlantic but right now they looked like they were spitting electric blue fire at him.

His gaze dropped lower, taking in her navy and white dress, a simple thing with narrow straps with a bodice that hugged her lovingly. Now it was hugging her even more, since he’d apparently knocked into her and made her spill her drink all over herself. Holy shit! This was better than a wet t-shirt contest. He couldn’t take his eyes from the way the material clung to her breasts, nipple outlined in detail. Nor could he do anything about his cock which immediately stood at attention and begged to salute. He could only hope she was too distracted to catch the bulge at his crotch.

“Well?” she demanded. “What are you going to do about it?”

“Apologize? Help?” He reached his arm between two bodies at the bar, grabbed a handful of small paper napkins and started blotting her dress.

“Not that, you jackass.” She used her free hand to smack his away. “Keep your paws off of me.”

Coyote stepped back an inch, all the space allowed, and held his hands up in front of him. “Okay, okay. I said I’m sorry.” He flashed her what he thought of as his unbeatable smile. “How about if I buy you a drink?”

If she was outraged before, she looked to be at the screaming stage now.

“A drink? A drink? Are you crazy? Look at what you did to me.” She dumped what was left in the glass over his head. “Maybe that will teach you some manners.” She turned to the girl standing beside her taming it all in with unconcealed humor. “Let’s get out of here.”

“So? Big deal. If all we’re going to find are jerks like that then it isn’t worth staying. Besides, I’ve got to get out of these wet clothes. Damn.” She groaned. “And I was really looking forward to tonight, too.”

She turned on her heel and shoved her way through the crowd, leaving her friend to hustle to keep up with her.

“Here.” Zeus shoved a handful of material at him.

Coyote looked down at it. “What’s this?”

“Sunset Pier t-shirt. I figured you’d need something to wipe that egg off your face.” He slapped Coyote on the back. “Go change. It was worth the price of the shirt just to watch.”

Grumbling to himself, he pushed and shoved his way to the men’s room, stripped off the soaked shirt and exchanged it for the dry one. In a spurt of anger he tossed the wet garment into the trash and dusted his hands, as if erasing any trace of the spitfire who’d doused him. What was with her, anyway? It wasn’t as if he’d done it on purpose. 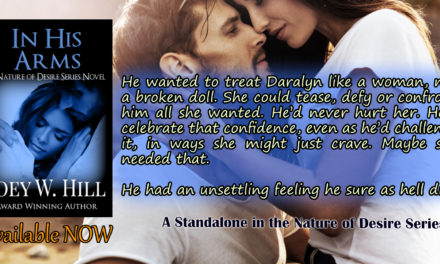 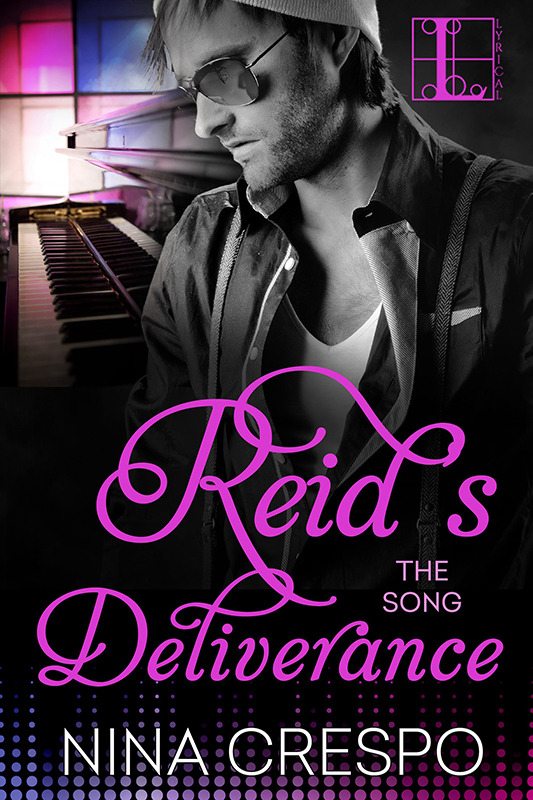