Leave a comment for a chance to win a $10 Amazon GC!

New shifters are moving into Moonlight, Florida, as the pack slowly expands. Decimated by hunters and a renegade pack, they had found their way to this little piece of safety and are busy rebuilding their lives and their pack. Now others are seeking the same sanctuary, and the face of the pack begins to change.

Alone for too long, they’ve finally found each other and home.

Now, they’ll have to fight to keep both safe.

Nick Wyatt lost his mate and vowed never to love again. The hurt’s too deep. Portia Danes knows about loss. When her parents were killed, they left her as the only shifter in their hometown. Needing to be with her own kind, she found Moonlight…and Nick.

Nick fights his longing for Portia but can’t resist, coming alive within her loving and lusty embrace. 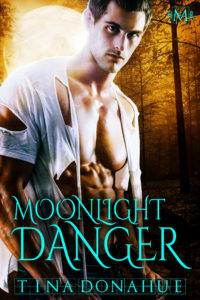 Heated days and nights follow. Their bond grows and so do a series of strange accidents in Moonlight. Minor at first then increasing in gravity and frequency. When the pack’s suspicions ignite about Portia, Nick must defend her against an unexpected enemy or risk losing her forever.

Nick Wyatt stepped into the bungalow kitchen, stopped dead, and should have run. Welded to the spot, he drank in the scene, his mouth going dry.

Portia Danes reclined on the black-and-white linoleum, long legs stretched out, skin sun kissed to a rich caramel color. A dainty rose tattoo graced her right calf, a kid’s Band-Aid on her left knee, the strip depicting what looked to be a mermaid. Maybe that had been her fave cartoon character as a kid. She was twenty-six now. Lush. Ripe. Pure female. He lost his smile. Perspiration rolled down his chest, his reaction having nothing to do with the sticky May afternoon. Her heady scent surrounded him—clean skin, a flowery shampoo or soap fragrance, and musk. A woman and she-wolf’s provocative aroma.

He leaned against the jamb for support. Leaving still wasn’t an option.

Blindly, she groped for a tool to her side, selecting an odd-looking wrench he couldn’t identify, since he wasn’t a plumber. In his thirty years, he’d never seen one dressed as she was now. Pink socks with lacy edges peeked past the tops of her work boots. Her denim overall-shorts were more Daisy from Dukes of Hazzard than a Future Farmers of America member toiling in the tomato fields. Her tank top was also pink, matching her cute socks.

She worked the tool and grunted, her left heel digging into the floral bedsheet beneath her, creating an oddly provocative scene. Like a woman in the throes of passion, fighting against release, wanting the pleasure to continue for hours with him naked and willing above her.

His senses roared into overdrive. His cock thickened painfully. Time to go. Actually, well past that point. He didn’t need her complicating his life. Nor did he deserve happiness or peace—a matter his friends had argued against, telling him every wolf needed a mate.

Easy for them to say. They hadn’t gone through what he had.

Portia’s tool rattled against the floor. She pulled the pen flashlight from between her lips, scooted out, and gave him a wide, welcoming smile. “Hey.”

His mouth refused to work, every word he’d known drifting away. Chestnut tresses cascaded over her shoulders, blonde streaks on each side framing her face. He would have bet his life her hair was softer than kitten fur. The green flecks in her hazel eyes were amazing. Her pouty lips looked moist, the same as they’d be after him kissing her long and deep. His balls ached. “Ah….”

She leaned back, legs drawn up like a 1950s cheesecake drawing. Sweetly sensual. “You’re ready to do the floor?”

He gripped his roll of linoleum. “Not until tomorrow.”

He’d planned to drop off the material, not run into her. Doggedly, Nick had avoided Portia since she’d joined the pack, hoping out of sight would be out of mind. Yeah, right. Her scent permeated everything, teasing, enticing. Too many nights he’d awakened in a sweat, panting from his wet dreams, followed by remorse over his past sins. He placed the roll near the wall. “Didn’t know you’d be here.”

Understanding flashed across her pretty face mingled with disappointment. She was on to him. Hell, anyone older than seven would have caught on to how he’d continually dodged her.

He gestured to the sink. “Go on. Don’t let me bother you.”

“You’re not.” She smiled softly, making a small dimple.

Following the death of her widowed father, schoolteacher Silver Ellis transfers to Central Florida, looking for a new start. Naïve and unworldly, she soon realizes she’s made a mistake. She doesn’t fit in. A foolish attempt to do the right thing leaves Silver on the wrong end of a murderer’s gun. Only the intervention of Palmetto County Detective Jesse Farrell saves her life. Jesse needs to keep her hidden and he knows just the place

He only knows how to destroy in order to save

Kirk Matheson is the last line of defense for the Moonlight Pack. He’s fought hard and dirty to help save the remnants of their small pack. He will do whatever it takes to keep them safe. Of the pack, but not part of them, he is struggling to settle in the pack’s new location.

Silver finds herself in the custody of Kirk, the biggest, meanest man she’s ever met. He attracts her almost as much as he scares her. Once she starts to uncover his secrets, she’s intrigued. Maybe there is more to him than meets the eye.

Kirk is outraged when his alpha insists her takes Silver under his protection. The pretty, curvy human invades his space, driving him crazy with her delicate scent and sweet nature. The sooner he can get rid of her the better, right?

When Silver starts to show an interest, Kirk conceives the perfect plan. He can slake his painful lust for her and, by showing her the monster beneath his skin, make sure she never comes near him again. Her natural passions take him by surprise, sparking a fierce addiction he might never be able to slake.

He’ll sacrifice it all to save her

Betrayal and corruption put Silver in mortal danger. Kirk will destroy everything he’s saved to rescue the human female he cannot live without. 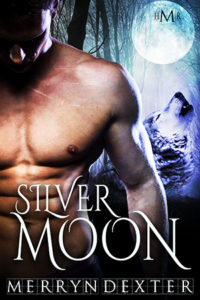 Snarling, Kirk shoved the woman behind his back, trapping her between the door and his thick body. He rounded on the four men, claws forming, teeth elongated and ready to snap. They’d summoned him for a reason and there could be no room for doubts. The woman had been deemed a threat and the situation would be handled.

Chest heaving like a set of bellows, he studied the four men arrayed before him. Charlie and Jesse looked furious, glowering and struggling against the hold Rand had on them. The pack second looked amused, although Kirk didn’t see anything to laugh about. And Derek looked thoughtful, studying him with those probing eyes of his.

“You’re hurting me,” a soft, feminine voice whispered into his back. What did he care about crushing her? She wouldn’t feel anything soon enough. Still, he eased a few inches away, missing the slight warmth once the woman was no longer squeezed tight between himself and the door.

“Calm down, Kirk.” Derek didn’t bother to raise his voice over the curses pouring from Charlie.

“Not me that needs to calm down. You summoned me, and we both know what that means. Not my problem you chose to involve those who have no business here.” He sneered at the two human males and pressed back against the plump little female until her ripe breasts nestled against his spine. Her small hands braced at his hips, and she made a futile effort to push him forward again.

A look of sadness flittered across the alpha’s face, and he shook his head. “You are what I made you, Kirk, and I am sorrier for that than you will ever know. I should have realized you would jump to conclusions as to why I called you.”

A deep growl rumbled in Kirk’s chest. He was proud to serve Derek and the pack. Every step he’d taken down the road to hell had been taken with the sure knowledge no one else in the pack would have to perform an evil deed for the greater good. He carried the sins of their survival so they didn’t have to.

“I don’t need pity. I just need your orders. I’ve got a dump site already picked out. She’s only a little thing so the gators will make short work of the body.”

“Body? What fucking body? I didn’t bring her here for you to kill her, you fucking freak!” Jesse yelled, straining against Rand’s hold.

Kirk ignored him, keeping his eyes fixed on Derek’s face. He couldn’t ignore the sobs, or the scent of terror, rising from the woman though. Her tears soaked into his shirt, her fingers scrabbled against his back where she fought to get free from his weight restraining her. An inexplicable urge to gather her into his arms and comfort her rose in his chest. He snarled again, using his anger to fight down the conflicting emotions.

“This is Silver Ellis and she needs our protection. Needs your protection. My orders are for you to take her back to the cabin with you and keep her safe from harm,” Derek said.

A bark of bitter laughter escaped Kirk. The alpha must have taken leave of his senses. “I don’t do protection.” 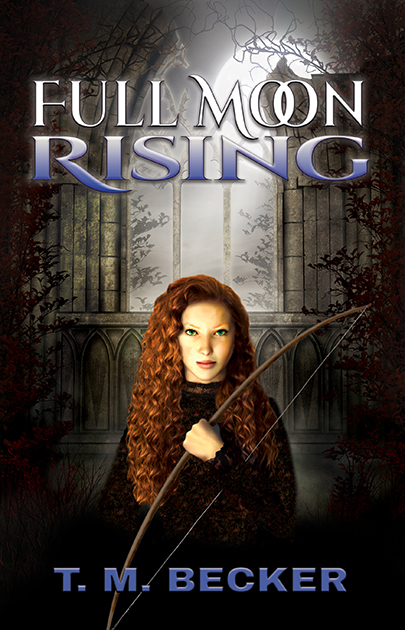 Check out this new YA fantasy from an exciting debut author

Who wouldn’t want to be protected by these hunks? 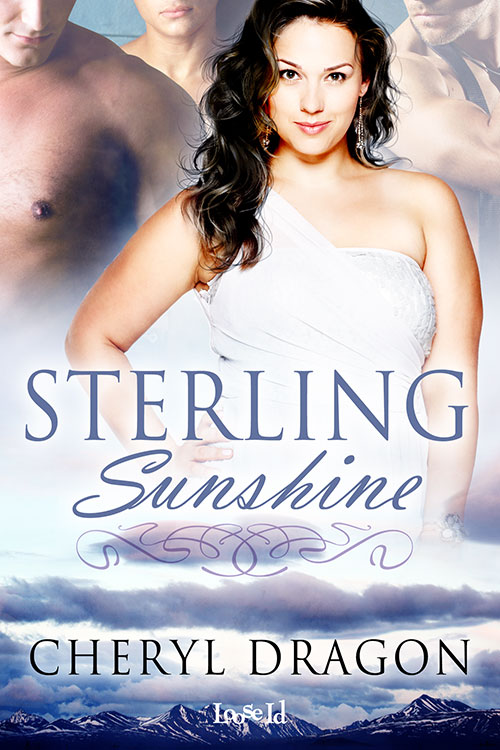 The newest Men of Alaska are waiting for you.