Desiree's Place > General > He was just Playing the Game

He was just Playing the Game Since being drafted by the NHL to play for his home team at age nineteen, Derek Backhard has had everything he’s ever dreamed of – unrivaled MVP mentions, countless goals and assists, even being compared to the great one. Holding the power to control his future in the palm of his hands, nothing stood in his way.

Until the unthinkable happened, and everything about his life shifted. Past priorities fell away the moment he held baby Ryder in his arms mere moments after losing his close friend, and Ryder’s father, Brad.

After weeks of watching Liz fall apart over the loss of her husband as she struggled to adjust to life as a single parent, Derek vows to give her and Ryder everything they deserve, creating a life he never knew he always wanted.

Rocked to her core by her changing feelings for him, Liz doesn’t know what to do with Derek or his offer. Uncertainty swirls within her as she leans on her lifelong friend during the hard times, but how much of his attention is real, and how much is pity?

Is she strong enough to let him in and let him take care of her, or will she force him away and back into the life she thinks he really wants? Can you tell us a little about Playing the Game?

PTG wasn’t supposed to happen at first. *spoiler* I had no plan to write a series until Brad died in book one and as I grieved him, yes I grieved him too as it was also a shock to me that he died. Brad kept talking and talking that he wanted his scene to be written, he wanted his own book but I had to figure out a way to make that happen. Yes the book is about Derek but that is why Brad shadows the book so much.

Playing the Game is actually the second book in The Game series, do readers need to read the first book in order to completely understand and enjoy Playing the Game?

Absolutely you need to read book one. You need to get to know each character first and why they say and do the stuff that they do. Yes in book two they’ve grown, but I still feel it’s very important that you understand the development and bond they all have together.

What can you tell us about the first book, The Game?

The Game was written all in fun. Kirsten is my other half really, I’m very straight-shooting and I don’t give anything away when I make a business deal. I am often told I am a very hard person to read which sometimes comes off that I am a b*tch, just like Kirsten. If I changed professions and went into business, Kirsten is exactly how I want to be. I also have a strong bond with my high school friend twenty years later so it was important to me that Kirsten had that too.

What was the inspiration for Playing the Game?

Easy, I wrote a book about my ultra-ego. LOL

What about hockey and the NFL draws you in?

I’m not sure what draws me to hockey, besides that I’m Canadian and it’s a passion we share. When I watch the games at home, I’m loud. I talked to the players, give the coach my coaching opinions and I yell when stupid moves are made. Yet, when I go to a live game I sit and front of my seat never taking my eyes off the ice and I’m as quiet as a mouse. I really am the most boring person to take to a game. As for the NFL, I don’t watch and when I do, I’m lost because it different rules then the CFL.

Do you have a favorite hockey player or team?

My favorite team is the Oilers, there are my home team (you don’t cheer for another team other than your home team, that is just wrong) and don’t make fun of my team either because what you are going to poke fun at me with, I make the same statements. LOL! I don’t have a favorite player because it’s a team effort, not one play is better than another.

While writing Playing the Game plot and outline? If so did you follow it, or did it go off track and turn out differently than excepted?

I write an outline plot for every book and character, however when I start writing and developing each character they start to take over. I have yet to actually write a book that looks anything like my plot and outline. My books always turn out different when what’s in my head when I start to write.

How much control do your characters have over the outcome of the book? Did they throw any curve balls balls at you in Playing the Game?

Yes, the characters have a lot of control over my work, apparently. I find they all become bossy. Definitely curve balls are thrown in, such as Brad- he was not to die and Derek was to finish out his playing career due to an injury, not by choice.

What was going through Derek’s mind when he first held Liz’s son, Ryder?

I think tons of emotions were running through his head at one time. It’s hard to pin point which one to really focus on, a lot was happening at his point in time of the book.

Do you have a favorite scene/moment in Playing the Game?

Chapter twelve is one of my favorites because it’s real life. My favorite line is “Press Cougar Claudia.” LOL it still makes me laugh.

Do you identify with any of the characters in Playing the Game?

I have Kirsten work ethic but I also am entune to Liz’s nurturing.

Do you plan to write more about any of the characters in Playing the Game? Maybe one of Derek’s team members?

Adam and Caroline’s story is next followed by Logan and Steve’s. So far I have no plan to write another hockey book but if I was, I think Jonesy would get a book.

Do you aim for a certain number of pages or words each day?

No, I’m an erratic writer. With so much going on, on the farm at different times of the year it’s hard to sit and write some days. One day I will write eight pages, the next three days nothing then fifteen pages. My goal is to get two books out a year… maybe three.

When did you know you wanted to be an author?

I didn’t know I wanted to become an author, it wasn’t my intent at all. I have my schooling to teach special needs children and when I stopped teaching to have my family, writing found me when my youngest started kindergarten full time.

You have a number of books released, do you have a favorite?

Currently I have six books published with hopefully two more on the way this year and two more covers complete after that… with another one being developed in August.

When you’re not writing, what can you be found doing?

Reading, traveling, farming, 4H and of course chilling with my family and friends.

What are you writing now? Anything you can tell us about it?

When I come back from A Weekend With The Authors, in Nashville in May I am going to be starting an MC (motorcycle series) Waking Up In Leather. It’s not going to be your traditional MC book, it will focus more on romance but of course there will be crude things involved.

What is something that you find particularly challenging about writing or being an author in general?

The most challenging for me is to stick to deadlines, I absolutely SUCK at them. The other is reaching out to my readers, I wish there was additional ways to meet more of them, find out their story. I love book signings for this reason I don’t necessarily sell myself, I’d much rather meet the readers.

What advice would you give to writers just starting out?

Write for you and no one else! You will not please everyone and nor should you. Write because it’s a passion for you, not for another way to make an income- because it’s that’s the case you will be eating mac and cheese forever.

Do you have any writing rituals? Anything you must have while writing? Coffee? Candy? etc.

Candy, I eat so much candy it’s sickening really and when I edit I binge eat everything.

Who influenced your writing/life the most?

No one influences my writing because I write for me and what I want to read. But I will say this journey all started when I was thirty and I read my first ever book beginning to cover, then the entire series in three days. Thanks to Twilight.

Is there anything you’d like to say to your readers?

I truly can’t thank my readers and bloggers enough. This past year was a nightmare and each and every reader and blogger stuck by me till the bitter end and for that they will always have my gratitude.

What are the names of your published books and where can we purchase them?

All my books are available where most e-books are sold

What is next for you? What reviewers are saying…

“I have been anticipating this book forever and I can happily say I was not disappointed.” Sweet Love

“I loved the part with Press Cougar Claudia.” Rebecca A

“Pages were so well written and you feel the emotion of the characters point of view.” CeeJays Reading Review

“Such a refreshing story.” T. Cantu

“The perfect sequel to The Game. Just like in all of Shawnte’s books, Playing The Game gives the reader exactly what they are looking and hoping for.” Ariel

“If you enjoy funny banter, crazy best friends, and sweet and supportive friends then this is a series for you.” Keri Q

“WOW!! Awesome book!! I thought I loved Derek from The Game until I read this book! My love & admiration for this character is 100 times more!!” Jenny S

“This book tugged at everything in my heart, oh man, all the feels. Shawnte wrote the hell out of this book.” Silvia S

“Story worth reading, it tender, it grabs you by your heart and you shed tears and then laugh.” Jara B All about the Author:

Shawnte is an international bestselling romance author with her Falling for Bentley series. She hales from central Alberta, Canada. Where she is a mother of two and co-owns a cow/calf operation with her husband of twelve years. As much as she fusses about farming, she enjoys the rural living lifestyle it offers.

When Shawnté is not sitting at her kitchen table hammering away on her laptop while watching the moose chase her cows across the yard, yes this really happens. Then she is busy attend school activities, community events and chauffeuring children here and there. She is big on playing softball and watching hockey.

When the time comes to relax, you will find her snuggled underneath her down comforter reading on her Ipad. Wait…who are we kidding, if the dishes, vacuuming, laundry or the bathrooms needs a hose down, you’ll always hear her say, “Just after this chapter.” She doesn’t have a favorite author or best story because everyday she falls in love with someone new.

You will find Shawnte on Facebook, Twitter and TSU. Please go like her page and leave a review/star rating on the books she’s wrote that you fell in love with. 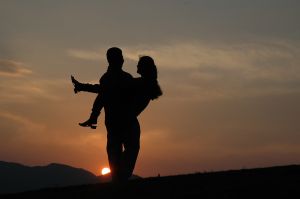