Who doesn’t want A Sinful Education

A Sinful Education by Layna Pimentel

Lord Charles Avonlea has evaded marriage over the last year, but his mother is determined to find him a wife. Far from consenting to any of her choices, he sets his sights on the one woman unavailable to him, his best friend’s younger sister. With no regard for the law or her impending nuptials, he is determined to make Lady Emily Thompson his bride. The only trouble is, he’s stumbled upon dangerous information and hopes he can get to her before it’s too late.

Stunned and dismayed at discovering the arrangement between her mother and the Duke of Downsbury, Lady Emily Thompson searches for a way to break the marriage pact with the duke. She longs to be with the only man who indulges her curiosity, yet finds herself in the middle of a scandal that will crush her dreams forever.

Will she find a way to get out of marrying the duke, or will she find herself in the same predicament as the previous duchess?

Emily gently closed her chamber door and swept down the hall, pausing outside of his room. The glow of the fireplace danced across the floor under the door, but all was silent. Perhaps he was reading from the privacy of the curtained platform bed or standing in the window, basking in the view the west side of the manor offered.

She quietly opened his door and closed it behind her. No one stirred, nor made a sound. She took a step forward, parting her lips to call for him. A soft moan caught her attention and uncertainty crept up her spine. She should not have proceeded, but went on to appease her curiosity. Stealing further into the room, she paused in the corner.

She caught sight of his lordship through the break of the curtains. Charles’ eyes were closed, chest exposed as his hand moved beneath the sheet barely covering his waist. Lord, he’s a sight to watch, but what exactly is he doing?

Emily moved closer, but could not make head or tails of his motions. That is, until he called out, “Emily.”

He moaned, then kicked off his sheets.

Good heavens, the sight of him was impressive. Dark, curly hair dusted his chest. His muscles so refined that the creases begged her to touch them. Dampness settled between her thighs again. What the hell is wrong with me? Did he just moan out my name?

She could see clearly now as he stroked his manhood. Emily gasped and stepped back, bumping into a chair. Drats!

Avonlea opened his eyes. She lost all sense of what she had stumbled upon. She should not have been there, no matter how glorious or how beautiful he looked with his eyes closed, or how impressive his body appeared. She would land straight in purgatory for this sin and many others, but she stood at the edge of the platform still.

Charles reached for the sheet to cover himself, as he should, but Emily could not help but feel disappointed at the act of modesty. “You should not be here, young lady. What sort of devil are you, for sneaking upon a bachelor’s room as such?”

Intrigue! Hot bodyguards! Danger! Check it out and win a book! 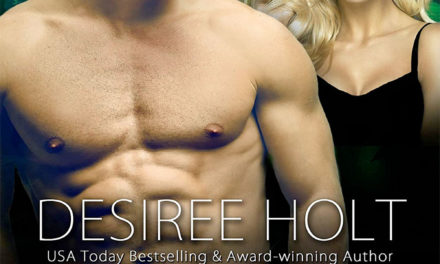 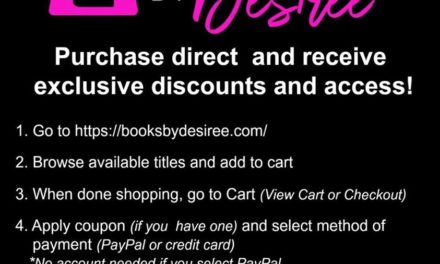