Blurb:
A hacker is targeting Meredith Crismis’s struggling new dessert company. But when the tech firm she depends on sends hunky computer expert Vlad Wiznitsky to fix the problem, things begin improving for Meredith, both personally and professionally.

First, her relationship with Vlad heats up to the sizzling point, then Meredith’s given the chance to snag a wealthy customer who could put her company’s bottom line permanently into the black. It seems like a dream come true, until the persistent hacker turns her “Divine Desserts” website into an X-rated marketplace, the wealthy customer demands a discontinued decorative item or else no sale, and her relationship with Vlad begins to unravel under the pressure of her obsession with professional success.

For a woman who deals with creating intricate wedding cakes and luscious muffins, life has suddenly become the ultimate recipe for disaster.

Excerpt:
“Do you know how long it’s been this way?” he asked.
“After all the trouble I’ve had with my office computer, I decided to check my company site several times a day. As of four-thirty this afternoon, everything was fine, so it hasn’t been long.” Meredith sighed. Just long enough to turn her business into an X-rated paradise for horny consumers.
“Message just came in for you,” Vlad said, and she stopped pacing and went back to the desk, silently praying it wasn’t like the twenty-seven other messages she’d received in the past fifty-two minutes.
As she leaned over his shoulder, she tapped the message tab, stared at the screen, and couldn’t restrain herself when she read the thing. Angry, frustrated, and seriously at the end of her rope, she gave a growl and stabbed her finger at the message.
“I just got another order, this one for two sets of edible underwear in chocolate mint and two sets in blueberry. That’s twenty-eight orders in less than an hour. I never did this good selling desserts.”
She swung away from the computer and went back to her pacing. “I can’t deal with any more of this today. I’ll contact those people in the morning and return their money.”
“Okay, did it,” Vlad said, pushing his chair away from the desk and turning to her. “You no longer sell X-rated sex toys.”
Meredith sank into a chair. “Thank God. If my parents ever saw that, they’d disown me.”
“Actually, I’m a little sorry to see that site go. Some of those toys looked sort of interesting. I mean what’s not to like about frosted condoms?”
She narrowed her eyes at him, trying to look forbidding even though she was feeling much too relieved to be angry. With Vlad on her side, her sense of helplessness was gone and she could even appreciate the crazy, if sick, humor of the situation.
“Interesting?” she said as she took a handful of rubber bands from a bowl on the desk and tossed them at him. “Now you’re really in for it, buddy.”
Vlad ducked and pushed to his feet, coming at her in a crouch. “I’m in for it? Think again, and then tell me who’s in for it.”
Laughing, Meredith sprang from her chair and ran, but he caught her at the door and swung her into his arms.
“Think you’re going to get what you want, eh?” she said, pushing at his chest.
She kicked her feet, and her shoes went flying. But they both knew her resistance was a sham.
He bounced her a little in his arms to get a firmer hold and began walking.
“I think we’re both going to get what I want,” he said, flashing a victorious grin. “And from the feel of things what you want too.”

About the Author:
I was born in a big city and grew up amid pavements, pigeons, and the near-constant clamor of bumper-to-bumper traffic and testy pedestrians. In acknowledging my brick-and-asphalt background, my college roommate, who hailed from a small town filled with lush greenery, once actually said, “When did you see your first real tree and did you know what you were looking at?” She later insisted it was a joke, but since she seemed dead serious at the time, I still have my doubts.
A writer and researcher, who has dealt with subjects as diverse as international organizations, multiple sclerosis, the 1918 Spanish flu pandemic, and the Soviet Union (when there still was a Soviet Union), I enjoy taking long walks, visiting the Ancient Egyptian, Ancient Etruscan and dinosaur exhibits in museums, doing sudoku (but only the easy ones) and concocting stories about everyday people who laugh a lot, cry a little and ultimately find the happily-ever-after they deserve.
At the moment, I still live in a big city, but now thanks to the diligence of the local Parks Department, I can always recognize a real tree when I see one.

Check out the heartpounding Pule Trilogy 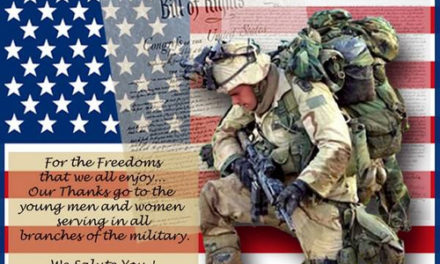