Desiree's Place > General > Raw Danger! Raw Passion! The Omega Team has it all.

What is The Omega Team

Grey Holden was on a mission to find the source of illegal arms. The death of his best friend on a compromised mission left him filled with
anger and dedicated to bringing down whoever was responsible. Athena Madero had her own mission, to take down a major politician who had been preying on young girls for a long time. She hated him enough to quit her job as a cop and go on her own hunt for evidence. When she and Grey crossed paths, chemistry sparked and suddenly, unexpectedly, shockingly, there was a lot more between them than searching for evidence and pinning down a traitor. In a split second, they were riding the raw edge of danger.

Krista (Kris) Gauthier and Mason Rowell are like oil and water from the moment they meet. He 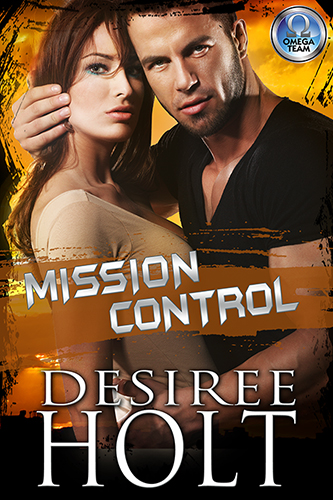 never expected the team from Mission Control, the security agency made up of former military, to send a woman to lead the team he hired to fix his problem: find out who is helping smugglers cross his land from the border. Their antagonism is only heightened by the sexual attraction that keeps blazing out of control. Neither of them is happy about the fact they keep falling into bed together and Mason, who values his unattached existence, can’t wait for the team to be finished and Kris to be gone. But when the bad guys are identified and caught and Kris is wounded in the process, the thought of losing her nearly destroys him, and makes him take another look at their relationship.

Someone is putting a kink in Shannon McRae’s very orderly life. The video games she designs aren’t about electronic battles or gory crimes. Her projects include team building exercises for executives. It’s bad enough she’s plagues with possessions moved out of place, flat tires, 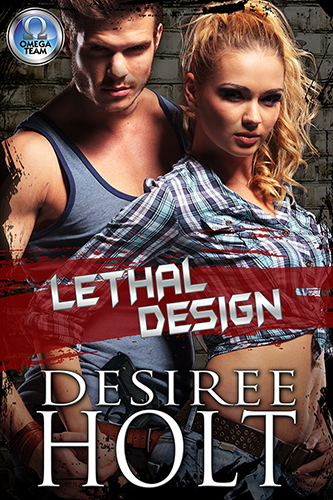 strangers following her at night. But most importantly, someone is messing with her current project, corrupting the file so she has to rework it over and over. When activities escalate Athena Madero, decides it’s a case for the top security and protection agency The Omega Team, which she owns with her partner with Grey Holden. Owen Cormier has been isolated emotionally most of his adult life. Twelve years fighting wars haven’t made him warm and fuzzy. Then he discovers his new client is the one night stand he could never get out of his mind. When the case is over, will he just be able to walk away?