Desiree's Place > General > Playing With Fire gets you burned!

It’s hot! It’s incendiary. I flippin’ loved writing Cassie and Griff’s story. Because I am so excited, I’ve decided to give one lucky commenter a $10 GC. Just leave your comment and Mr Random Dot Org and I will pick a winner.

One hot summer Cassie Fitzgerald gave her virginity and her heart to Griffin Hunter. When he married her sister, Diane, she fled Stoneham and for six years nothing could make her return. Not her sister’s murder, for which Griffin was and continues to be the only suspect. Not her father’s suicide, which the police chief wants to sweep under the rug.

But now her mother is dead and she’s back home in Stoneham, Texas, assaulted by memories and battling resentment along with sadness. She has legal obligations she can’t avoid, responsibilities she wants to take care of and get the hell out of the place she ran from so long ago. And then there is Griff, the man whose hold on her heart has never slackened or eased. She wants to hold her hatred for him close to her but he ants to hold her body close to his. Despite everything that happened he wants her more than ever and makes no bones about it.

And damn it, she finds herself just as susceptible.

Together they begin to unravel the mysteries surrounding her sister’s murder and Griff’s implication in it. With each layer they peel back more secrets are revealed. As they work side by side will she be able to control her own hot need for this man or will she be pulled back into the same sensual vortex? Can she uncover the secret Stoneham’s hiding, the riddle of Diane’s murder and the answer to her relationship with Griff without destroying herself in the process? 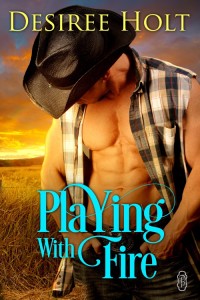 He cupped her face in his hands, leaned down and kissed her. If she thought his kisses the other night were exciting, tonight they made her blood race. Threading one hand through her hair, he pulled her lips tighter against his. She opened her mouth to him and he explored it slowly with his tongue, making her respond with hers. This kiss was like a feeding frenzy that went on and on. She leaned weakly against him, unable to stand on her own.

Gently lifting his mouth from hers, Griffin backed up to sit on the edge of the bed, guiding her toward him with gentle hands and very slowly undressed her. He took his time, not hurrying anything, each piece like wrapping paper exposing another piece of the gift. Pulling her sweater over her head, he traced the tips of his fingers over the swell of her breasts above her bra. He could feel their tautness and their heat. His palms itched to hold their fullness. Reaching around behind her, he unclasped her bra and let it fall. He drew in his breath as her breasts sprang into full view, high and erect.

For a moment he could only stare, drinking in his fill. The pert breasts of the young girl had become the mature breasts of a woman, the sight of them causing his mouth to go dry and his blood to heat. He grazed her nipples with his thumbs, touching the pebbled surface as if it were crystal, feeling them contract into hard points. Gently he kissed each of them in turn, sucking them until he felt them enlarge in his mouth, swirling his tongue around their tips, then closing his lips over larger portions of the creamy flesh. When she began to sway, he held her in place with his hands firm on her hips.

“God, you are so beautiful.” His tone was reverent, almost awestruck. “Cassie, Cassie. You are still the light in my heart.”

Her head was thrown back and the tempo of her breathing began to increase.

He unsnapped her jeans and slid the zipper down, leaning forward to press his lips against the soft skin of her stomach as he did so. Pushing the jeans down, he nudged her to step out of them, leaving only the tiny scrap of silk that passed for her panties. Then that was gone and she was naked before him.

His eyes raked over her as if memorizing every inch of her body, his eyes drawn automatically to that familiar triangle of curls covering her mound. He touched the tip of one finger where her thighs met, slid it up into the curls, then down, feeling their silkiness and the faint layer of moisture that told him she was already aroused.

He tightened his grip on her, holding her in place. With his knees he nudged her thighs further apart and moved his finger lightly between them, seeking the warmth of her folds. He stroked one finger along the length of her labia, probing the outer edges, his touch eliciting a delicious shiver from her.

“Sweet, sweet Cassie,” he said huskily. “How could I ever have been so stupid as to lose you?”

With his touch and the sound of his voice, everything came flooding back to her, every touch, every caress, all the secret yearnings in her dreams all these years. Cassie gasped in remembered pleasure, the pain she’d worn like a hair shirt gone, dissipated in this one moment. Just like that, the past six years disappeared and she was back in his bed with him, consumed by an uncontrolled passion. This was where she should be, no matter what. 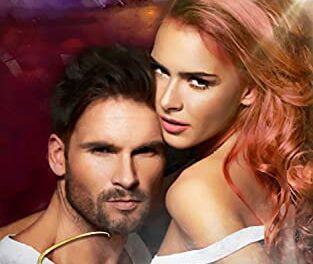