About the book: Police officer Maggie Sinclair prides herself on her independence. She doesn’t need anyone, especially her ex-lover. Working undercover to expose a prostitution ring, Maggie rescues two teenaged girls—but blows her cover in the process. Now she’s in deep, and the only person who can help her is the last man she wants to call…

Detective Quinn Keller remembers Maggie telling him Hell would freeze over before she needed him. He offered her everything, and she rejected him. Now he has the opportunity to show Maggie they’re stronger as a team—even as their attraction becomes increasingly hotter. But this passion won’t just bring them together or tear them apart…it could get them both killed.

About the Author: Rosie Miles has always been fascinated by cops. If she didn’t hate guns with such passion, she would have joined the force. Instead she writes about the cop behind the badge and the loves that challenge them.

She enjoys overseas travel but relishes the road trips she takes with her forever man, to different destinations throughout Australia, looking for settings for her next story.

Married with three adult children, Rosie believes that: Life is to be lived, You never stop learning, and you never, ever, give up on your dreams.

Excerpt 1: He wanted to rise, meet her, but he was afraid, of what he wasn’t sure. She needed him, and that was what counted. She had sent for him, and like the fool he was where she was concerned, he’d come running. Maybe he should have handled it by the book and alerted his superiors. Maybe. Gut instinct had decided him against it.

The tip-tap of heels halted directly before him. Then the heartbeat of the street ceased, as though the world stopped breathing.

His gaze started at the four inch stiletto heels, slid up over well-shaped calves and thighs that stretched on until they met the hem of her short, short skirt. Heat crawled over his skin, and his breath caught. Beneath her open coat, welcoming hips and a tiny waist beckoned him. He scanned upward until his eyes feasted on full breasts failing to hide behind a slinky, black camisole. He didn’t need to look further. He knew.

“Maggie.” Her name sounded so good on his lips. For a mere second, the memory of their taste filled him with naked longing for another time, a happier time, but he pushed it away. She hadn’t called Quinn-her-ex, she’d called Quinn-the-cop.

“I look like a two-bit whore. Trust me, Maggie’s long gone.”

Quinn pushed to his feet and stepped toward her. For a moment they stared at each other. Quinn’s breathing stalled as he gazed into her haunted eyes. Distance and time might have separated them physically, but she’d lived in his heart, his thoughts, constantly. Her face accompanied him to sleep most nights. Damn, he’d missed her. He shoved his hands into the pockets of his jacket and stepped back.

“Why did you contact me? It’s been over twelve months. Why now?”

Maggie closed the gap and linked her arms loosely around his neck. “Because I need your help,” she whispered against his cheek.

Quinn withdrew his hands from his pockets and tugged on her arms, wary that the familiar contact, any contact, would shred his resolve.

For the Clan – a hot apocalyptic read 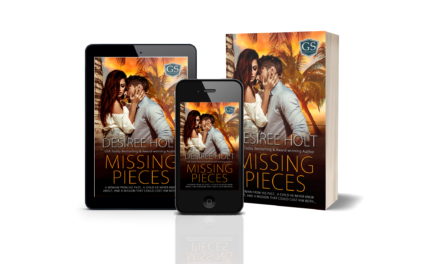