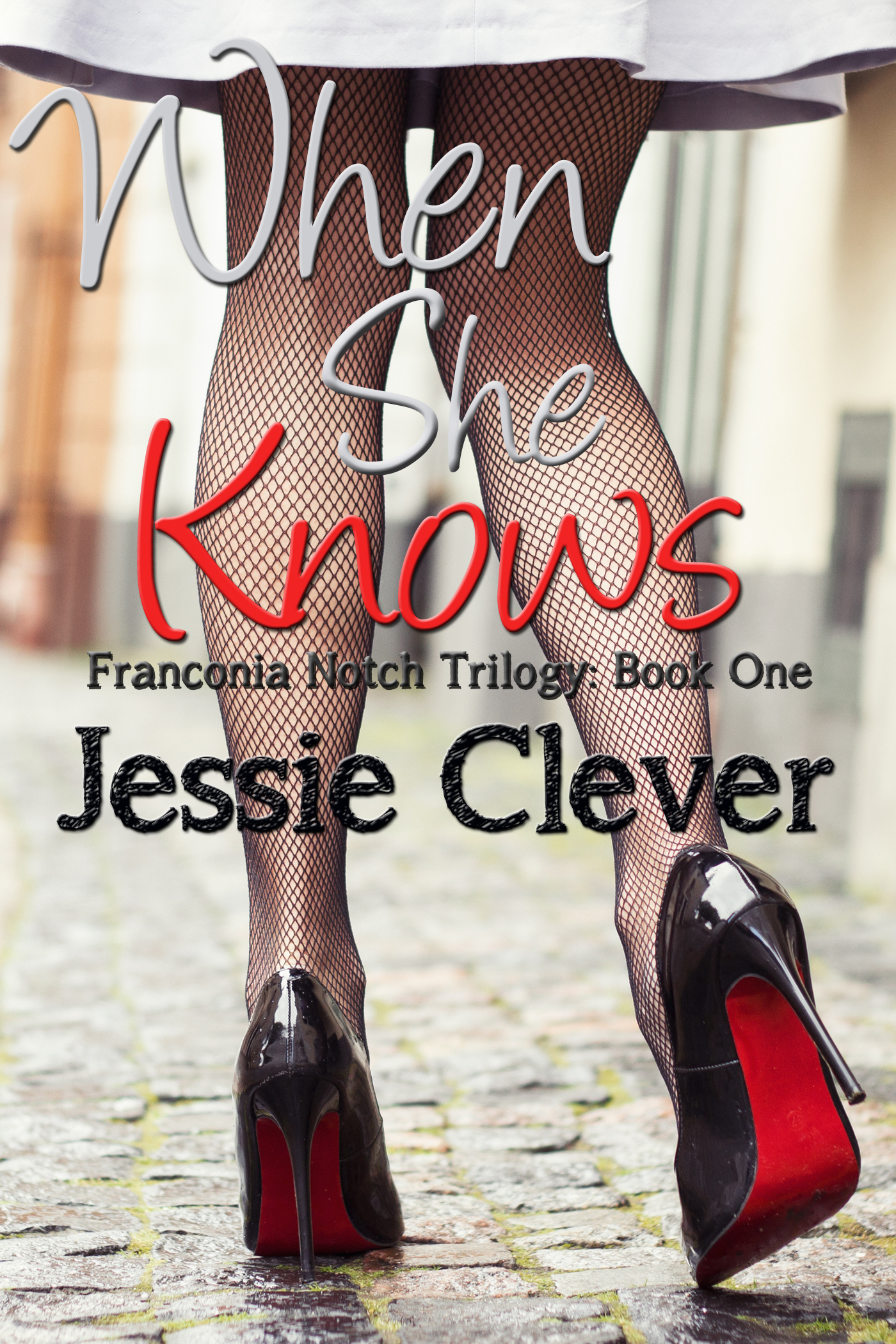 Thank you, Desiree, for having me today! It’s such an honor to be a guest on your blog to talk about my contemporary romance, When She Knows: Franconia Notch Trilogy Book One. As I said goodbye to my 20s in a rather rocky send off, I realized there were some things I had learned that were worth sharing, and it was such a joy to share them through the heroine of this book. Enjoy!

Title: When She Knows

His latest problem is her newest assignment.

Shannon Wynter has it all figured it. Abandoned by her mother and left to care for her agoraphobic father, Shannon focuses on building her career as a journalist to the detriment of all else including her love life.

Ian Darke has his own problems. Battling past failures, Ian sets his eyes on launching a new factory for his father’s defense firm. But it’s the very father he failed that will do anything to sabotage Ian’s progress. 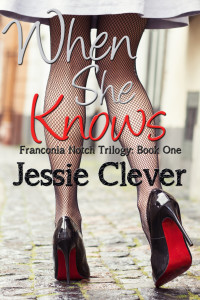 And when Shannon follows an anonymous tip that leads her to Ian’s factory door, the last thing she expects to discover is what she already knows.

“But fraud for a defense contractor is serious. You don’t want to defend your reputation as a provider to our armed forces?”

It took him a minute to realize that clicking noise was her following him over the pavement. He spun around, his arms coming up once more to gesture his acquiescence, only she was standing too close, and instead of gesturing with authority, he ran into her, his arms striking her shoulders and knocking her against him.

He froze, feeling the length of her body collide with his, the scent of her shampoo invade his senses, her breath fall across the exposed skin above his shirt collar. He felt her hesitation, the hitch in her breath, before she shoved against him, pushing herself away.

“I’m very sorry,” he said, his hands moving uselessly in front of him as if to help her regain her balance.

She stood with her pad held against her chest like some sort of shield, and he felt his anger drain into annoyance.

“I’m sorry,” he repeated, much more carefully, “I don’t have a comment, and I need to get back to work. Please excuse me.”

He turned slowly this time, resuming his walk to the loading dock door.

“What is it that you’re using this factory for, Mr. Darke?”

He didn’t answer. No matter how much he wanted to turn around and rail about his stupid brother’s stupid decisions, he did not. He kept walking.

And then he did turn.

“If you want a comment, you can call our PR department.”

“Great!” she said, and he almost smiled at her enthusiasm as she pulled up a clean page of her notebook. “What’s the phone number?”

He shook his head at her and let his feet carry him back to where she stood on the pavement, notebook poised for the phone number.

“Shannon, was it?” he said when he was close.

He had felt her breath hitch when she had bumped into him, and now he dared to step a little closer than politeness would have dictated. He saw it again, the slight hitch in her chest, and he felt a smile spread over his face. He leaned in, dropping his voice to a soft, rich level.

“Have you heard of the Internet, Shannon?”

“Yes,” she whispered softly, her eyes locked on his.

“Use it,” he said and walked away, leaving her standing in the parking lot, her pen completely still.

In the second grade, Jessie began a story about a duck and a lost ring. Two harrowing pages of wide ruled notebook paper later, the ring was found. And Jessie has been writing ever since.

Armed with the firm belief that women in the Regency era could be truly awesome heroines, Jessie began telling their stories in her Spy Series, a thrilling ride in historical espionage that showcases human faults and triumphs and most importantly, love.

Jessie makes her home in the great state of New Hampshire where she lives with her husband and two very opinionated Basset Hounds. For more, visit her website at jessieclever.com.

What is it about bartenders?