Desiree's Place > General > The Sons of Dusty Walker are back!!!!!

You loved in the first series of books and now you get to read the next chapter in their lives, with the things they enjoy and the women they love. Up fpr preorder right now so don;t  miss out on this.

Important! Leave a comment. One lucky person will win a print copy of The Sons of dusty Walker: Books 1-4

And now here they are

Lexie Choate and Killian Walker are still floating on a cloud of newly wedded bliss. Little did Killian know that an inheritance from his father would lead him to the love of his life. Now he’s living in Red Creek, Kansas, a place he’d never heard of before, and building up the stock on his newly established Appaloosa breeding ranch and enjoying every minute of every day with the love of his life. After a disastrous romance that ended her artistic career, Lexie had never thought to find real love again. Of course she hadn’t been prepared for Killian to walk into her safe little coffee shop, either. Now she’s wrapped up in wedded bliss and painting every spare moment she has. For the two of them, life could not possibly be better. 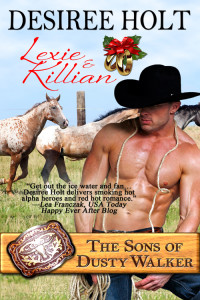 Until Killian convinces Lexie to enter some of her pieces in the County Art Fair. Not only does she take first place but she is also approached by a gallery owner from Savannah who happens to be visiting about doing a small one woman show. She’s nervous. After all, Savannah was the place where her life had fallen apart. But Killian, proud of his wife’s talent, encourages her and so with some trepidation she moves forward. Neither of them is prepared for how badly it will impact on their lives. With Christmas approaching, will they be celebrating the holiday together…or apart?

Jackson Walker is anxious about spending a whole week in Red Creek, Kansas with his newly-found brothers. Will they be able to work as a team at the company they inherited from their dad? Can they even be in the same room together without getting into a dust-up? 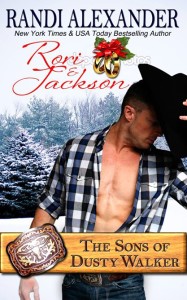 What he has no concerns about, however, is the woman he’s fallen crazy in love with, sexy, quirky computer engineer Rori Hughes. But that changes her family comes to town with an offer she can’t refuse. Jackson is more confused than he’s ever been in his life, including the day when he’d been just fifteen and learned his father had a wife—and she was not Jackson’s mother.

Rori has major decisions to make, and she can feel Jackson backing away from her as he travels to more rodeos, visits his mother in Oregon, and has mysterious meetings in Kansas City that are causing the two of them to quarrel. His nightmares about turning out to be a man like his father concern her, but even more unnerving is the strange woman in town who has been talking with Jackson, and going out of her way to avoid Rori.

As summer turns into fall, and the holidays quickly approach, will Jackson and Rori find a way around their suspicions and insecurities or will there be separate and heartbroken Christmases for each of them?

Happily-Ever-After or Wedding Bell Blues? The Lone Wolf, Rogue Walker, isn’t alone anymore. Not only has he been reunited with the love of his life, Kit Ross – he’s found a family, three brothers and a legacy left him by his father, Dusty Walker. Everything seems to be perfect. Kit has agreed to marry him and she’s having his baby. What could go wrong? Well…everything. Just as soon as all the pieces have fallen into place, all hell breaks loose. Someone is out to destroy Rogue and take away everything he values, starting with his very identity.

Kit knows Rogue Walker is her destiny. The love and passion that flows between them is all-consuming. To begin their lives in style, she plans a surprise wedding and a hot-as-hell honeymoon. If sex were the only thing they had to worry about, their lives would be perfect – because these two can burn up the sheets like nobody’s business. Alas, there’s more to 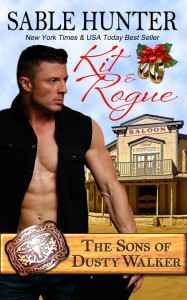 marriage than sex – who knew? Especially when there seems to be more than one bride. Will the real Mrs. Rogue Walker please stand up?

Despite the seemingly insurmountable circumstances, true love will prevail – not only for the Walker clan but for another couple who has found their way to Red Creek, Kansas during this season of miracles – and believe you me – it’s going to take a big one to straighten out all of this…

Dylan Walker is no stranger to challenges. Discovering he had a family he knew nothing about? Hell, piece of cake compared to his current dilemma—hustling his bride-to-be to the altar. Might as well kiss goodbye any hope of Zoe making an honest man out of him before year’s end, what with them juggling the demands of a new business and the constant 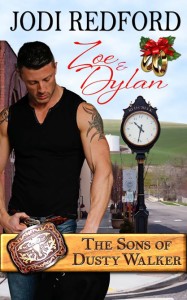 hiccups foiling their upcoming nuptials. To make matters worse, their soon-to-be in-laws have become a regular fixture at the homestead.

Not exactly conducive to quality intimate time with his woman. Solution? Whisk her away for some hot lovin’ guaranteed to set the bedsheets ablaze. Sweet talking Zoe into a little naughty nookie hooky is one thing. Persuading her to throw her wedding planner in the trash and elope instead? Not so fast, cowboy. But as the countdown to the big day draws near, Dylan and Zoe find out fate has one more surprise in store for them.