Meet Hannah and Her Highlander 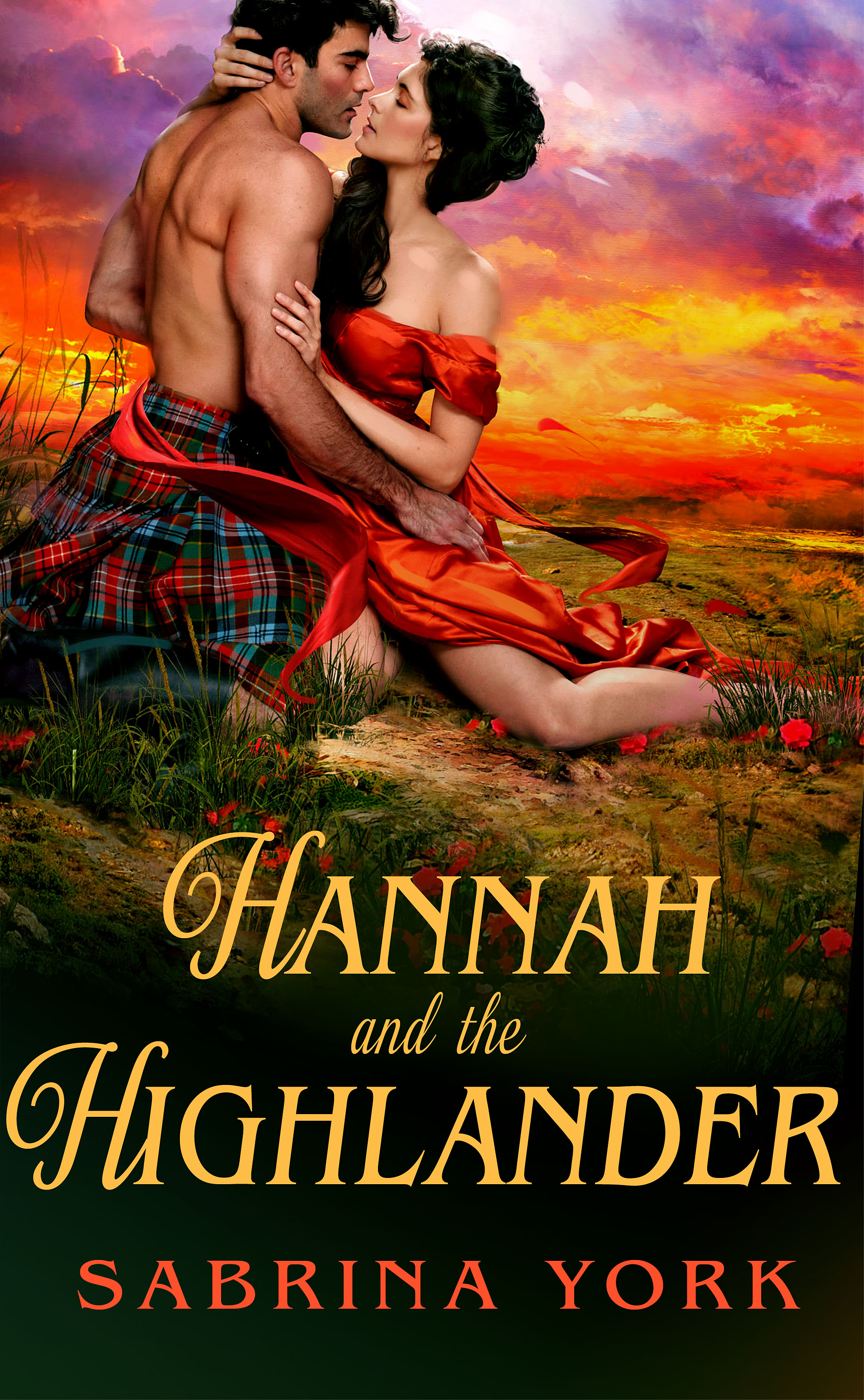 Hannah and the Highlander by Sabrina York
First in a brand-new series about the bold, brawny men of the Scottish Highlands–and the lovely lasses who bring them to their knees…
Coming September 1st

Highlanders are her weakness.

Hannah Dounreay has no time for suitors who only seem interested in her family’s land, which she manages as well as any man. If she marries, she wants to be loved for the educated, independent woman she is. But when a strong, silent–and spectacularly handsome–Highlander saves her from a violent attack, her heart is stirred. Who is this man? And if he asks for Hannah’s hand, will she be able to resist him?

Love is the most powerful weapon of all.

Alexander Lochlannach, Laird of Dunnet, has no time to lose. The Highlands are in an uproar as clans battle for land–without mercy–and Alexander can’t afford to fall for the wildly attractive, strong-willed Hannah. What’s more, he has a desperate secret, one that could destroy them both. But as their attraction turns into an all-consuming passion, Alexander has no choice but to prove to Hannah that he’s the only man for her–body and soul… 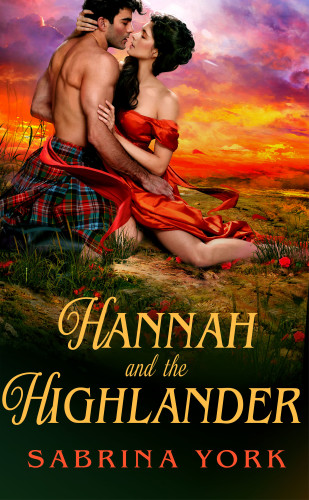 Egads. She wants to speak with him before the wedding…

The door opened immediately, as though she’d been standing there waiting. At the sight of her, his heart stalled and his throat tightened. She had this effect on him each and every time he saw her. God, she was so beautiful.
Her eyes widened, as though she was surprised to see him, which befuddled him, because she’d asked him to come. Then her gaze raked him. He liked to think that look in her eye was a glimmer of appreciation. “Dunnet,” she said. “You’re . . . dressed.”
Aye. Dressed for a wedding. He couldn’t help but notice she was not.
“Lady . . . Hannah.” He bowed. “You wanted to . . . talk?”
She nodded briskly and opened the door wider, stepping back to allow him to enter. He did so and closed the door behind him. The click was deafening. It was not lost on him that he was in her bedchambers. His gaze flicked to the bed. It was slightly rumpled. That made him feel slightly rumpled as well.
This was not the time for his passion to rise.
It did.
“Thank you for coming,” she said, turning away to pace. “I know you are prepared to marry . . . forthwith.” He had no idea why she emphasized the word as she did. “But before we exchange our vows, I have some things that I need to say.”
He nodded, even as relief gushed through him.
She hadn’t changed her mind.
And if she had things to say, he should probably stay silent. And listen.
“You and I need to have an understanding.”
“An . . . understanding?”
“Aye.” His hope was supplanted by a hint of disappointment when she said in a very businesslike tone, “We both know this is a marriage of convenience.”
His gaze snapped to her face. Ernest though her expression was, it lacked the dreamy, romantic tinge a groom might hope for. In fact, she set her chin and shot him a very unromantic glance.
A marriage of convenience? A cold, heartless, distant union? Denial howled. Suddenly, to his surprise, he found he wanted something very different. He longed to respond, to cry out his dissent, but his throat locked.
“There is no reason to pretend this is something other than it is. I agreed to marry you because Dounreay needs your protection and you agreed to marry me for my lands. We are marrying for no other reason. Aye. I understand that. We understand that.”
Nae. We understood nothing of the sort. There was another reason he was determined to marry her, did she but realize.
He wanted her.
“Regardless, Dunnet, my wish is for a peaceful union.”
Peaceful. Aye. Peaceful was good.
“I should like for us to work together as a team. In partnership.”
Aye. He had a partnership in mind. . . .
“If I’m going to pledge myself to a man forever, I need to know that he will respect me. That he will honor my wishes. I need to know he will take my counsel into account.” She fixed Alexander with a steady gaze, as though she expected a response. So he nodded.
She was so beautiful, so earnest. So tantalizing.
He stepped closer, intent on his target.
Her eyes widened as he neared. Her hand on his chest stalled his approach and her brow wrinkled. Her gaze flicked to his mouth and her tongue peeped out, wetting her lips, igniting a flame in his belly. With great effort, she ripped her gaze away and frowned. “Do you agree to my terms?” she asked.
He cupped her cheek and angled her head up. Her breath caught. Her features froze as she realized his intent. “Aye,” he said. “Aye.” And then he did what he’d been thinking about for weeks. What he’d been obsessing over all day. He kissed her.
And it was glorious.

A shiver rippled over Hannah’s skin as Dunnet took her mouth. His taste, his scent, infused her. It was a light kiss, a testing foray, but it sent an unholy thrill through her and left her wanting one thing. More.
She had wanted this chance to speak with him privately, to receive his assurances that their marriage would be a partnership, to set her mind at rest, and he’d done that. But if she was being truthful . . . something like this had been on her mind as well, skulking there behind her noble intentions, a roiling hunger. A curiosity. A need.
She’d kissed him before and he had turned away. She desperately needed to know if, in his heart, he had any passion for her whatsoever.
He lifted his head—way too soon—and stared down at her. “Hannah . . . ” he murmured.
Even as she attempted to rein in her disappointment at his withdrawal, his hold on her cheek tightened, his eyes narrowed, and he issued a noise, something gruff and deep, something that sent a lick of exhilaration through her.
He yanked her closer. The feel of his body against hers, rigid and unyielding, made her head spin. His fingers threaded through her hair and he held her steady as his head descended again. She sucked in a breath, quivering with anticipation.
And ah. Ah.
This kiss was different.
This wasn’t tentative in the slightest. It was a taking. A mad, starved consummation of her mouth with his, a melding of lips and tongue and need.
This was as wild as the windy squalls off the coast. As tantalizing as the fairy wisps at dusk. As scorching as the forge where razor-sharp steel was tempered and formed.
And it cut through her like a screaming wind, an enticing magic, a warm blade.
Scuttles of heat rose in her womb. Rivulets of excitement danced in her veins. His taste filled her senses, her mouth, her soul.
When he lifted his head, a glimmer danced in his eye. It was the look of a conquering hero, a savage Scotsman, a man whose hunger had been sated but ignited at the same time.
Oh heavens.
Exultation whipped through her. Her knees were weak and her body melted.
Damn her reservations.
Damn her fears.
Damn her doubts about whether or not he really wanted her.
She wanted him. And she would have him.
It was gratifying to see that he was not unaffected. His breath came heavy and hard and there was a slight tremble in his voice when he spoke. It was one word and one word only, forced out and wreathed in a growl, but it was enough.
“Mine.”

WHAT PEOPLE ARE SAYING ABOUT HANNAH AND THE HIGHLANDER
Bold and steamy—Publisher’s Weekly
5 stars: A stunning tale from beginning to end—Love, Life and Booklust
Top Pick: Hannah and the Highlander is a wonderful love story that I can honestly and happily recommend to all—Night Owl Reviews
4 Stars: York turns her talent for sizzle to men in kilts—and the women who love them—in her newest sexy romp—RT Magazine

Her Royal Hotness, Sabrina York, is the New York Times and USA Today Bestselling author of hot, humorous stories for smart and sexy readers. Her titles range from sweet & sexy to scorching romance. Visit her webpage at www.sabrinayork.com to check out her books, excerpts and contests. Get updates and alerts from Sabrina here: HotSheet Sign Up. 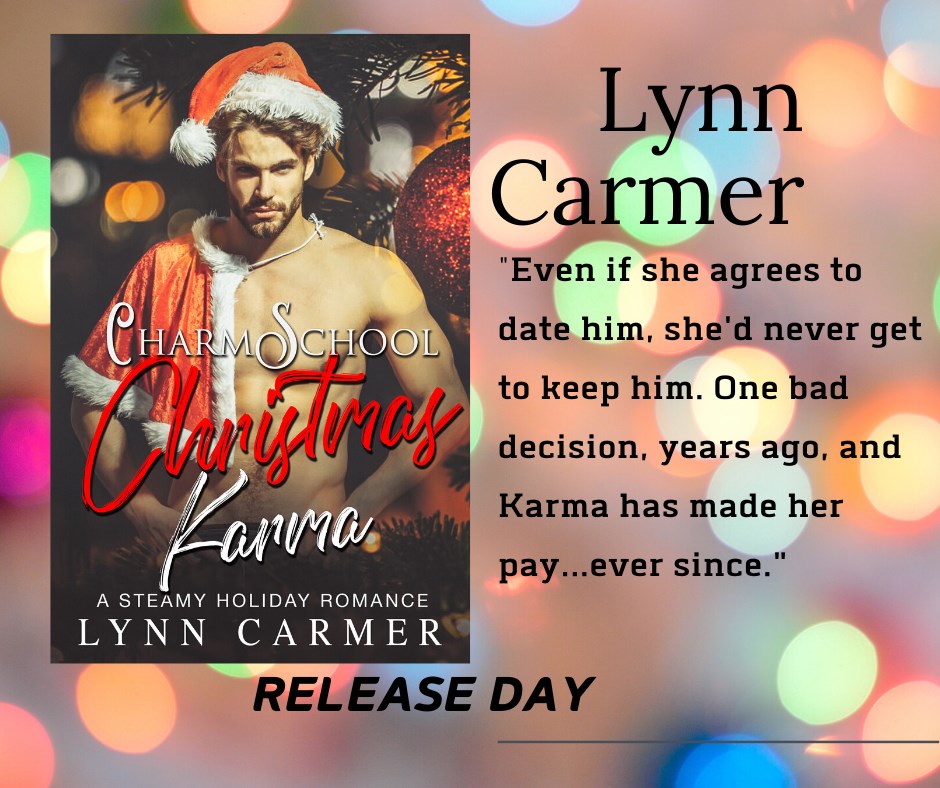