Bitter Sweet by Author Jennifer Labelle is available on Amazon! 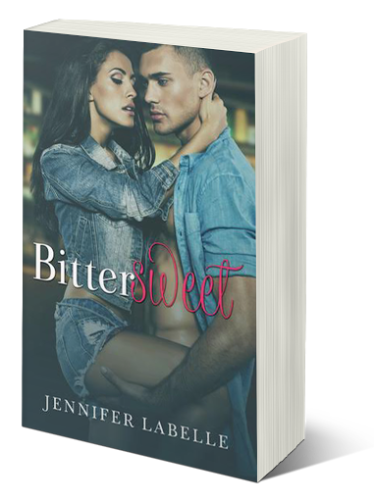 An accident on a rain-slicked highway leaves Jenna Baker alone…

Jenna is scarred, confused and vulnerable after surviving an accident that took her husband’s life. After a year of mourning Tyler and struggling to raise their son on her own, Jenna’s best friend whisks her off to fulfill her lifelong dream of visiting Ireland. She never dreamed her trip would include a self-appointed tour guide in the form of a sexy Irishman with piercing blue eyes and a smile that promises to fill her empty heart.

Brady Connelly is irresistibly drawn to the lovely, broken Yank…

As the weeks pass, Brady comforts and supports Jenna, convincing her to live and chase her dreams. His attraction to her grows and their chemistry ignites, but Jenna isn’t sure she’s truly ready to move on. How can he convince her to release the past and take a leap of faith…with him?

The impossible happens, and Jenna’s world is thrown into chaos…

Tyler is alive and re-enters Jenna’s life, burdened with guilty secrets. Jenna knows she has to try to make things work between them, if only for their son’s sake, but she’s blessed—or cursed—with vivid visions of Brady. The visions begin to consume her and leave her questioning her sanity and the bittersweet nature of her marriage.

Jenna’s dreams of Brady become her lifeline as she questions the boundaries of fantasy and reality.

Is her one hope for happiness waiting for her somewhere across the sea? 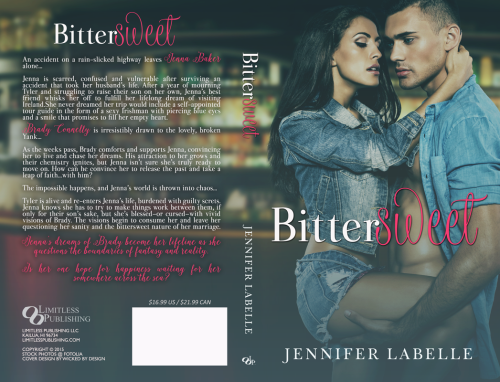 “Tyler, wait.” She was breathless, and self-consciousness swept through her as he undressed her. Her body wasn’t the same since the accident. She was thinner from the horrible hospital food and being in a coma. She had scars from her surgery, and she was still tender in other spots, even though she didn’t look half as bad as when she’d first come to.

She blushed and felt a little silly all of a sudden. Since when had she ever been shy with him? The answer was never. “I’m different now,” she whispered. “With the scars, it’s probably not going to be very pretty to look at.”

He didn’t answer. Instead he continued to undress her until she stood before him completely nude. “Come with me.” He moved her in front of a long mirror and lifted her chin so she was forced to look at herself. “You’re beautiful, Jenna.”

His lips were close to her ear, and his breath was warm and soothing. It gave her a chill as she leaned into him. “I’m glad you think so.”

“You’re trim.” He continued trailing his hands from her hips up to cup her breasts. “And perky, perfect. God, Jenna, your breasts are just right the way they lay in my hands.” He tested their weight in each as he fondled them, stroking his thumbs
across her hardened peaks.

“Tyler, don’t stop.” Breathless, and weak in the knees, she leaned into his embrace while he teased and tweaked her nipples. She reached back to stroke him, but he moved to stand in front of her instead.

Starting with her feet, he gazed up her entire body with lust. Once he reached her eyes again, he said, “The scars are still healing and barely noticeable. You’ve been through hell, and you’re still so damn sexy.”

Jennifer Labelle resides in Canada with her husband and three beautiful children. After her third child she became a stay at home mom. In her busy household Jennifer likes to spend her down time engrossed in the stories that she creates. She is an active reader of romance (especially historical), mystery and anything paranormal. With an education in Addictions work she’s decided to take a less stressful approach in life and hopes that you enjoy, as she shares some of her imagination with all of you.

Tamra Lassiter’s heroine has Something to Lose

Get a taste of Zoe Adams’ Fast Love