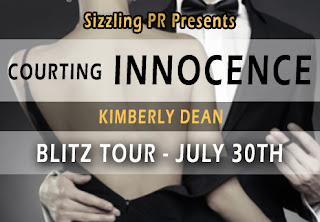 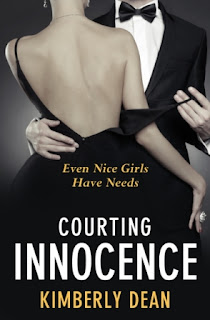 Even Nice Girls Have Needs.Erin starts using matchmaker Luxxor Limited, not realizing that the company is truly an escort service. She meets a series of hunky men, but the dates are disappointing. She wants a man that will awaken her senses, challenge her thoughts, and rev up her body. But she gets more than she bargained for when Luxxor sets her up with another client, lawyer Colton King. Her big brother’s best friend.

Erin has always lusted for Colt. Dark, muscled, and brooding, he was her first teenage crush. Now he’s her favourite fevered fantasy. He’s just never taken notice of her before. She has his attention now.

Colton is horrified when he learns the scandalous game Erin has been playing with Luxxor’s escorts. He orders her to stop, but things go a bit too far … and become a bit too sexy … Soon Colt is escorting Erin straight to his bed.

Years ago, her family forbade him to touch her. How will he defend himself when they learn how impure his thoughts are for their innocent, loving daughter? The one who’s grown up into the sweetest, naughtiest, little temptress.

AUTHOR BIO
When taking the Myers-Briggs personality test in high school, Kimberly was rated as an INFJ (Introverted-Intuitive-Feeling-Judging). This result sent her into a panic, because there were no career paths recommended for the type. Fortunately, it turned out to be well-suited to a writing career. Since receiving that dismal outlook, Kimberly has become an award-winning author of romance and erotica. She has written for seven publishing houses, both domestic and international, and has recently focused her efforts on the exciting world of self-publishing. When not writing, she enjoys movies, sports, traveling, music, and sunshine. In her mind, a beach, some rock ‘n’ roll, and a good book make for a perfect day.
AUTHOR LINKS
Website | Twitter
EXCERPT
She sensed him.
Maybe she’d caught a glimpse of his tall form out of the corner of her eye, but she knew that Colton was behind her. A sense of exhilaration came over her, along with a dash of impulsiveness.
Stopping, she braced one hand against the wall and lifted her foot behind her. Arching her back, she toyed with the high heel as if it needed adjusting. Carefully, she turned the bracelet on her ankle so the charm lay on the outside of her foot.
Her breath caught when he was suddenly on her.
His arm swept around her waist as it had when he’d caught her in the kitchen, and he pressed her against the wall.
‘Colt –’
She didn’t get his whole name out, because his mouth was suddenly covering hers in a kiss so hot, she worried her shoes would melt.
He caught her wrists and pressed them flat against the wall on either side of her head, and arousal gushed inside her. Slick and viscous, it filled her veins, making her muscles tense and relax at the same time.
It had been good when she’d kissed him before. Fantastic.
This was the first time he’d taken the lead, and the sensuality was insane.
He tore his mouth away from hers. His chest was rising and falling in jagged movements. ‘You have to stop this,’ he said hoarsely. ‘You have to stop teasing me. Stop tempting me.’
‘No, I don’t.’ Her breaths were coming hard, too, and she ran her tongue over her lips. ‘Give in.’
‘Erin.’ His voice was sharp, like when he went after someone on the stand.
She arched sexily. She wanted him to come after her.
‘I have,’ she whispered.
His eyes flashed to nearly the colour of midnight. His fingers bit into her wrists, and Erin revelled in it. A sound left the back of his throat, and his mouth came down hard on hers again. Their lips sealed tight, and his tongue laved hers.
‘Mmm,’ she hummed when her need cranked up a notch.
He had her trapped, held down, but she arched her back to rub against his body. His weight pressed against her as he leaned in, his chest hard against her breasts, plumping them and making her nipples pinch.
The kiss went on and on. It had been years in the making.
‘Take me upstairs,’ she whispered when they were forced to come up for air. ‘To my old bedroom.’
His curse echoed in her ear. ‘Do you really want my head on a platter?’
She didn’t understand. She wanted his body on a bed. Or the floor. Or right here.
His mouth ran down the side of her neck, and his teeth closed around the muscle that led to her shoulder. She let out a moan and twisted into him. The sound echoed down the hallway, but he cut it off with another blistering kiss.
Erin strained against her constraints. She couldn’t touch him, couldn’t hold him. It was hot as hell, but so frustrating.
‘Let me touch you.’
‘Not going to happen.’
Yet he didn’t stop kissing her. Or rubbing intently against her breasts.
But he deliberately kept his hips away. She could feel his hardness barely brushing against her belly. She wanted more. She needed to feel his hot, muscled body against hers.
She did the only thing she could; she climbed him like a tree.
Swinging a leg high around his waist, she hitched herself up. His hips swung forward, almost as if they had no other option. She took advantage of the opportunity. Knowing he wouldn’t drop her, she hopped up and wrapped both thighs around his waist.
When she settled down, his erection was right where she needed it the most. Big, hard and hot. They both shuddered when she ground against him.
‘God! Sunny, I can’t do this. Not here.’
‘Then where?’
‘No.’ He shook his head as if to clear it. ‘That’s not what I meant.’
Erin had never felt a desire so intense or a need so strong. She had to be with him. She needed to feel him inside her. It was the only thing that would douse the heat in her core. She was ready to burst into flames at the smallest spark.
She rolled her hips almost frantically. This was no dry hump this time. Just a few more strokes, and she would be ready to come. He pumped up to meet her, and she let out a whimper of need.
‘Erin?’ They both froze when her mother’s voice came down the hallway.
Colton tore his mouth away from hers, and his muscles went taut.
‘Yes?’ Erin called, her voice squeaky.
‘Could you bring me a cup of tea, dear?’
Erin swallowed hard, but her voice still came out all wrong. ‘Sure, mom. Just . . . ohhhh . . . just give me a moment.’