About the Book: She swore never to trust him again…

Fiery mechanic Alexandra Franco should have known better. Years ago, her best friends’ older brother took her virginity and broke her heart-or rather, doused it with gasoline, lit a match, and then walked away. And Alex definitely should not have indulged in another hot night with him after the fact. He’s not the same boy she fell for, and she sure as hell doesn’t want anything to do with the wealthy, ruthless man he’s become.

Walking away from Alex was the biggest mistake of Deacon West’s life. She belongs with him, and if getting her back means playing dirty, so be it. If she’ll grant him a three-month, no-strings affair, he won’t sell the building Alex and his sisters use for their auto repair business. Hell, he’ll even sign it over to them. But will Alex ever entrust her heart to him again, or are they destined to crash and burn?

Sherilee’s always had a big (some may say warped) imagination, and as a kid scared herself conjuring up horror stories full of ghosts and other terrifying creatures. As she got older the stories changed quite a bit, but they were always there. Still, she never dreamed of actually writing down any of those wonderful imaginary people or places. Not until many years later when her sister introduced her to the wondrous world of romance novels, and her very large book collection.

She’s pleased to say, she still has the big imagination and monsters in her stories… only now they’re chasing their happily ever after.

Sherilee Gray is a kiwi girl and lives in beautiful NZ with her extremely supportive husband and their two children. When not writing or fueling her voracious book addiction, she can be found dreaming of far off places with a mug of tea in one hand and a bar of Cadburys Rocky Road chocolate in the other.

Giveaway: Sherilee is giving away a $25 Amazon Gift Card

God, she couldn’t bear to see him suffer this way. She would give anything to go back in time and give him the chance to heal the wounds between him and his old man.

“So how many charities do you donate to, hotshot?”

His lips lifted on one side. “A couple.”

She turned to face him. “Huh, so you’re not hard and stingy after all.”

She slapped her hand over his mouth and shot a look to the front seat. “I’m sure Martin could go the rest of his life not knowing how hard you are,” she said under her breath.

“I’m hard”—he grabbed her wrist when she tried to cover his mouth again—“on those that deserve it. Otherwise I’m a pushover.” He arched a brow, that grin getting bigger. “You have a dirty mind, Miss Franco.” And before she could pull her hand away, he placed it over the massive bulge straining the front of his very nice, very expensive trousers. “And this is what you do to me.”

Goddamn. Right now he was doing things to her as well. She squeezed the ridged flesh beneath her hand, and he sucked in a breath. “You’re such a perv.”

He barked a laugh. “My condition is completely your fault.” He pulled her hand away and held it tight in his. “Now stop trying to seduce me.”

She snorted. “I’m doing no such thing. You kind of remind me of that creepy kid at high school… What was his name again? Robert? Roger? Roger Edgar. That’s it. He spent all his time darting around corners, hiding the tent pole in his pants. Get some self-control, dude.”

This was fun. She was actually enjoying herself. She shrugged. “You’re the one sitting there with a boner. You’ll terrify your charity guys, walking in with that thing pointing at them.” The look on his face was priceless, and unable to rein it in, she laughed her ass off. When she finally got herself somewhat together, she glanced over at him, and the remaining chuckles died a sudden death. The heat aimed her way should have turned her to ash.

Do you love my former SEAL in Guarding Jenna? 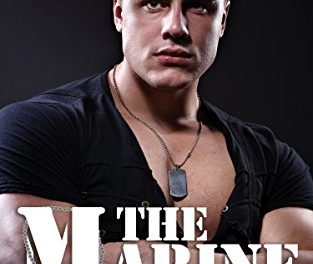 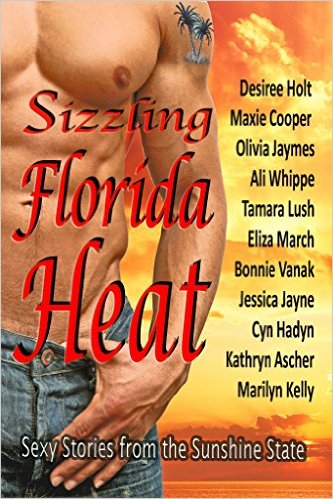