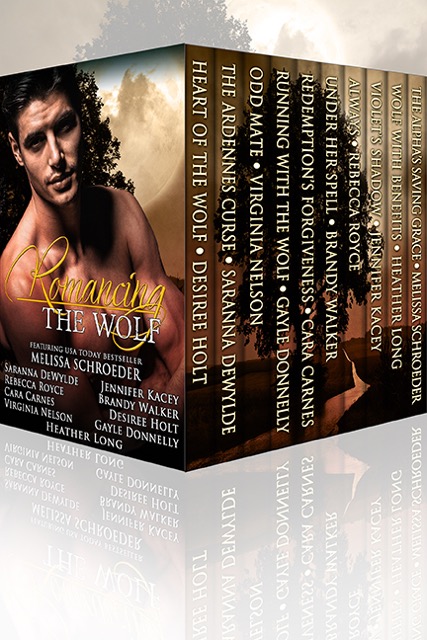 ONE LUCKY WINNER GETS

A copy of eyes of the Wolf

If you loved Eyes of the Wolf, then you need #2 Heart of the

And you are magnificent.
Anthology
Romancing the Wolf
Releasing June 30, 2015

Sexy and we know it! They’re on the hunt after your heart. Discover 10 brand new passionate tales of friendship, desire, wolves, survival, and redemption. Escape to another world, another place, and another romance. 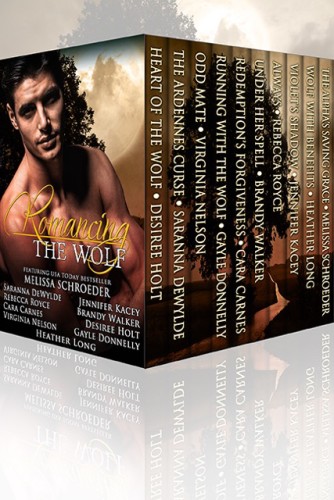 Heart of the Wolf (The Devora) by Desiree Holt

Shifter Lia Popescu is desperate to find the book Legends of the Werewolf, her only clue as to what happened to her pack. When she loses her heart to the sexy detective Riley Morgan, she wonders how he will handle knowing the truth about her.

Victoria’s determined to free her people from the curse that forces them to become mindless, slavering terrors every full moon. Even if it means taking, Armand Rommulus, their new Alpha to mate.

Gretchen fell in love with Charly, a sweet, nerdy bear of a man but ran fast and hard from his side when she realized he’d hate her for a genetic twist of fate she couldn’t change. Now she’s back in town and drawn to his side. Can a wolf sworn to destroy all coyotes claim a coywolf mate or will he be forced to destroy the only girl he ever loved?

Running with the Wolf (The Cascadia Wolves) by Gayle Donnelly

Abram spends his days protecting the pack children, but he finds himself wanting more. The quiet, elusive kindergarten teacher has sparked a hunger inside him and he knows it won’t be satisfied unless he makes her his mate. When her past comes calling, he must make a choice…defy pack law and bring her into his world or let her run and lose her forever.

Marek will do anything to protect his pack and their land, including executing any Outsiders who dare enter pack lands. There’s no soft in war—until Felicity, a curvaceous wolf with more sass than sense limps into Redemption with an impossible tale of betrayal.

Under Her Spell (Keystone Predators, Book 1) by Brandy Walker

Diego wants Daphne as his mate instantly and is ready to do whatever it takes to make her his. Part wolf, and part witch, Daphne is a little more skeptical of the situation. Her wolf is telling her to go for it while her witchy side balks, knowing Diego will try to suppress her more enchanted side.

Robbie Owens has fought the dragons for seventeen years, leading his group of secret, elite werewolves. Tatyana Knox is a human in a world where humans are like unicorns—they simply don’t exist. But she is real and she is Robbie’s mate. If he can trust her, they will turn the tide of the war. But the clock is ticking and Tatyana’s time with Robbie is almost up.

Violet’s spent her entire life aching to belong and she finally finds it in the pack of Shadows she is destined to join. Everything she’s ever wanted in life and love is finally at her fingertips if she’s brave enough to embrace…her Shadow.

Wolf with Benefits (Wolves of Willow Bend) by Heather Long

After graduating college and spending a summer breaking the law, Shiloh Sullivan needs to make amends and accomplish something for Willow Bend. When her best friend, the wolfish and playful Matt Montgomery moves her in with him, she’s hard-pressed to refuse. But pretending a relationship with a wolf is impossible, and while Shiloh might be human, she knows the rules…

Alpha Jacob Sanderson doesn’t have time for distractions as he hunts a vicious killer attacking his pack. Sheriff Alexandra Littlefoot is his best resource and a woman he can’t seem to resist. As secrets rise to the surface, the killer’s violence escalates and threatens the pack. 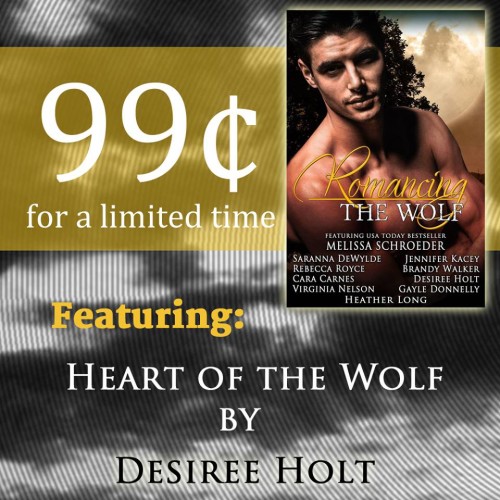 Excerpt of Heart of the Wolf:

Ever since she’d seen the news about the release of Wolf in her New Reviews magazine, she’d had a feeling in her gut this was where she needed to look. Jamie had credited a lot of her information to a book titled Legends of the Werewolf. Lia had read and reread the notes her great-grandmother had handed to her in those last sad moments. Notes that told about generations past that came here from Romania and grew the pack. This had to be the book. Legends of the Werewolf. Surely there couldn’t be two books with the exact same title.

How many times she’d been told that the legendary book had disappeared some generations back. That book—or the book, as they always emphasized it—was rumored to hold all the details of their pack history, all the genealogy charts of the genealogy and history of her pack. She was well aware it had been lost for years until hints of its reappearance popped up. It was all too much of a coincidence—the mention of this town, Calderwood, and the presence of the author of Wolf in that place, were like beacons leading her on her search. Not to mention the reference to the book.

If this was the place, if the book was here, she might finally reconnect with scattered members of her pack. She wouldn’t feel so alone any more. Her entire existence she’d had the shifter way of life and the history of the pack drilled into her, along with the need to regain its place of importance again. She barely remembered her parents, gone since she was very young.

Her grandparents had raised her and never let her forget her beginnings or the key to her future.

“That garbage killed them,” her bunica—her grandmother—repeated time and time again when she asked what happened to her mother and father. “Your father was in line to be the new alpha. He was rebuilding the pack that had nearly been destroyed once before. They couldn’t let that happen.”

Lia was aware that hardly any members of their pack had survived, and now they were scattered everywhere. The older ones were gone, so it was left to her generation to do this. Her bunica had been intense and passionate in urging her on the journey. Find the history. Find the scattered pack.

“There are so few of us left, copilel miu.” My child. The woman had gripped her hand hard, and ordered her with practically her last breath. “You must listen to the message. Promise me. It is now your mission.”

“And, Lia?” She had gripped Lia’s arm with unexpected strength. “If you find someone, anyone, and they have the book, make sure they go all the way back to Rica. Remember that. They called him Rica the Strong. The ruler. Anyone else is enemy.”

“We must restore the pack. Find the book. The others, the evil ones, will be searching for it, too. It is their guide to destroying those who are left.”

Those who are left. The same message she’d heard over and over from early childhood. The words were like a constant echo in her head.

And then the final message she’d left Lia with.

On this journey, you will find your mate. The one you will bond with for life. The two of you can gather the newest generation together before we are destroyed by the worthless garbage. Don’t let them win. Mate and survive.

How could she even think about that when she had so much else on her plate? Was her grandmother crazy?

In any event, she was certainly doing her best to fulfill part of her voyage. She’d taken a leave of absence from her job as a web designer, pulled out a chunk of her savings, and set out on her odyssey. That had led her here. What she needed now was to find out if the book Jamie used was the one she sought, and if the author still had it. Where she’d gotten it. If Lia could see it and read it. Maybe it was in the library, and Lia would have an easy time getting her hands on it. She had to find a way to ask Jamie Volka without raising any suspicions. That’s why lunch was so important. A casual meal, an easy discussion, and she could slip in her questions.

What if they asked her about shifters? What if she was actually going into the field of the enemy?

Don’t be so dramatic. This is the first lead you’ve had. Go with it.

She saw Jamie glance sideways at someone, and her breath caught in her throat. Standing to the author’s left and slightly behind her, arms crossed and leaning casually against the wall, was the man someone had whispered was her husband, Mike. She remembered the name from the write-up on the author. Darkly handsome were words Lia would use to describe him. Ebony hair, thick black eyebrows and lashes, and—

When he looked out to scan the remaining crowd, Lia could plainly see his eyes. They were a rich golden color. Wolf color. She’d bet every cent she had this man was a shifter. In fact, as inauspiciously as possible, she delicately sniffed the air again. Yes! There it was! She hadn’t imagined it. The faint aroma had to be coming from this man.

But what really stunned her was his resemblance to her father, at least to the pictures she’d seen of the man at his age. Was it possible he was part of her pack? A long-lost relative? Was she imagining it because she wanted it so badly?

Now it was even more important she talk to Jamie, but she might have to adjust her plan of action. Mike Volka might not take kindly to a stranger poking into family history. He might see her as an enemy, especially if she was right and he was a shifter. And there was always the chance that, resemblance aside, he was a part of the other pack. He’d know why she was looking for the book. He didn’t look vicious standing up there, a protective sentinel for his wife. But appearances could be deceiving, as the members of her pack had learned with devastating clarity.

She glanced at him again and was stunned to see him giving her a hard stare. He lifted his head slightly, as if scenting her. Or someone. He wouldn’t know who. She’d done her best to hide her wolf aroma with cologne, but that didn’t always work.

The musical voice pierced her thoughts and shook Lia out of her reverie. She realized Jamie was looking up at her, a quizzical smile on her face. Hoping she wasn’t blushing in her embarrassment, she held out her book.

“And who should I sign it to? Is it for yourself?”

“Yes, please. To Lia.” She spelled out her name.

“That’s a beautiful name,” Jamie commented as she scrawled on the title page.

Lia wet her bottom lip. Should she mention it was Romanian? No, she wanted a more private setting. A place where she could ask questions. 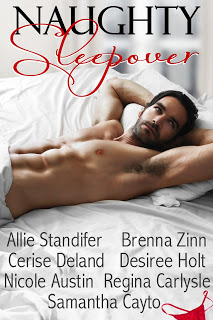