When an alpha Delta Force leader and a prosecuting attorney meet at a bondage club, which one will be the top and which one the bottom?

Slade Donovan has been a Delta Force team leader for years and the missions are beginning to wear on him. He’s been a Dom for longer than that, but now he’s tired of the string of faceless women and wants to find the right sub and form a permanent relationship. Someone who understands his life and can deal with it.

Kari Malone excels in her role as a prosecuting attorney but the iron control she needs to do it gets tiring. And her search for the right man is fraught with disappointments. When a friend introduces her to the D/s scene, she finally finds an arena where she is able to both shed her mantle of control and indulge in her sexual fantasies. She meets Slade, also a guest, and their brief connection is instant and intense.

Five years pass before they meet again. By now, as Butterfly Kari has created an alternative life for herself at The Edge, a very private bondage club. Her search for the right man falters when she realises none of them can compete with the memory of the man she met in Chicago. When Slade turns up at The Edge it’s apparent from “Hello” that the heat between them has been simmering all this time and is about to explode. But can each of them provide what the other needs to make this work? 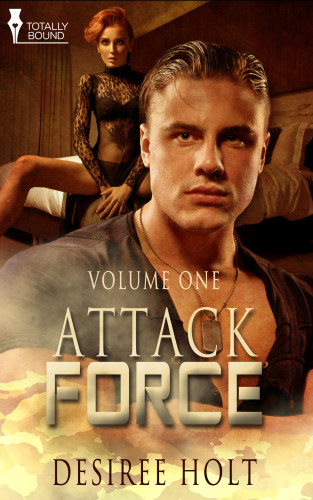 Beau Williams, the perfect sniper, has achieved success by closing himself down emotionally. He desperately wants to find a permanent sub who enjoys spanking and caning as much as he enjoys administering them, but he doesn’t know if he can open himself up to another person ever again.

Megan Welles is still struggling with her need to be a submissive. She wants a man who will give her that without destroying the strength she needs for her job as sports reporter. And she’s tired of hooking up in bondage clubs but never connecting emotionally with anyone.

When she meets Beau and takes him home for the night, something clicks between them, but how will they deal with the struggle to open up their emotions to each other?

She has been featured on CBS Sunday Morning and in The Village Voice, The Daily Beast, USA Today, The (London) Daily Mail, The New Delhi Times, The Huffington Post and numerous other national and international publications. She is also the Authors After Dark 2014 Author of the Year.

“Desiree Holt is the most amazing erotica author of our time and each story is more fulfilling then the last.” (Romance Junkies)

Check me out everywhere!!