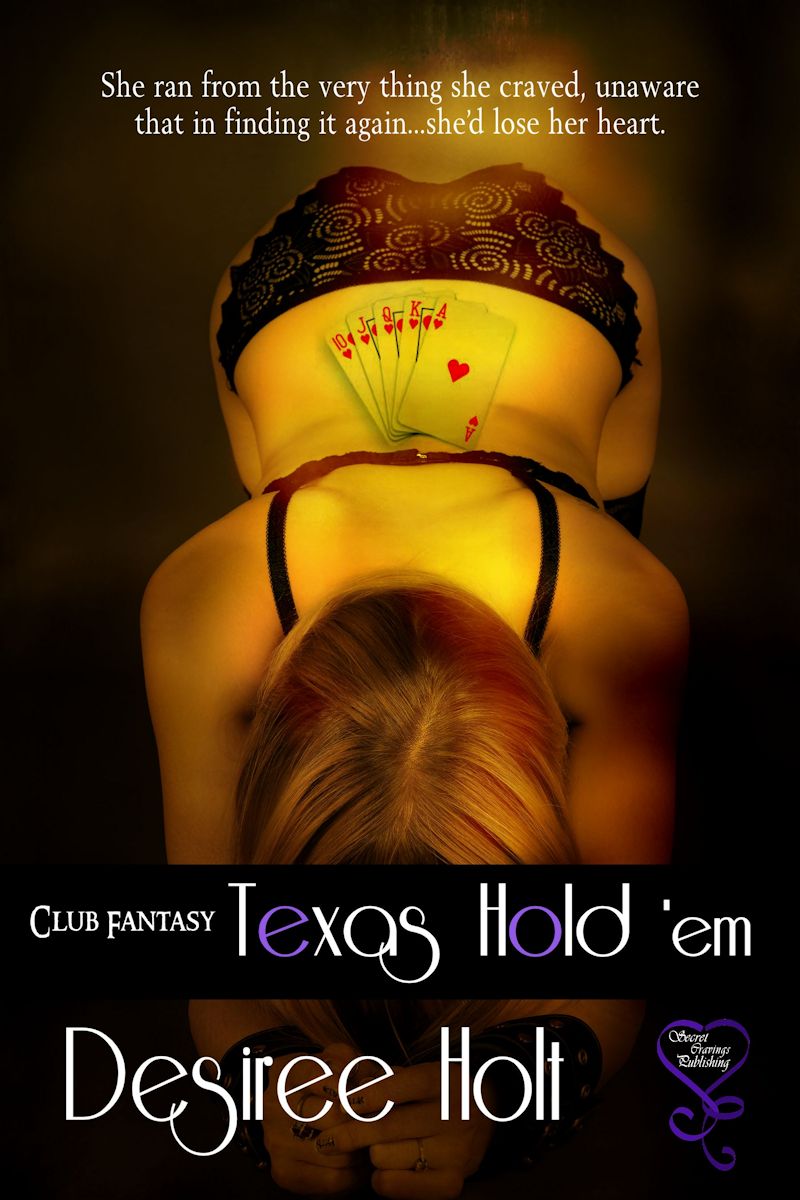 The latest in the very hot Club Fantasy Series

The series within a series

Sage Drummond left her life in Dallas when her situation with her Dom, a life she fully embraced, turned into a nightmare. Sure she’d never find the kind of relationship she wanted, she look for nothing more than a scene now and then at Club Fantasy. That was until she met Garrett Long, the very sexy, very Dominant former rodeo cowboy. In the private room at Club Fantasy he led her into a world of submission she never thought she’d find, capturing both her body and her heart. And losing his at the same time.

What happens when you take one former rodeo cowboy and one submissive and put them together for one intimate scene at the darkly sensuous Club Fantasy? Fireworks that neither expected or planned for. But life has a funny way of dealing its own hand in the game of Cut the Cards. And for Sage Drummond and Garrett Long, this might just prove to be the best hand of all. 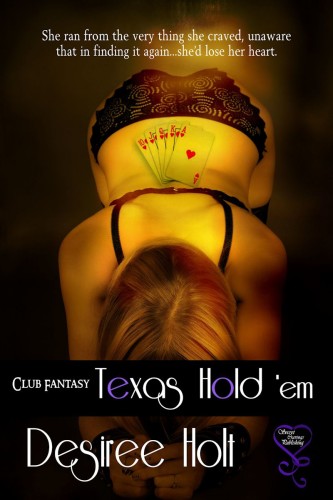 Garrett was having a hell of a time keeping himself under control. The very last thing he’d expected when Reulas told him about Sage was to be poleaxed by a storm of emotion the moment he laid eyes on her. He’d listened to the Dungeon Master describe this very special sub, a woman who had been badly treated by her longtime Dom and was just now dipping her toe in the scene again. She needed special handling, firm but compassionate. He had not expected to fall for this woman—or any woman—at first glance. When he retired from the rodeo all he’d hoped for was a sub with whom he was compatible who he could share his life with. But this? This was like finding the pot of gold at the end of the rainbow.

Lustrous golden blonde hair tumbled to her shoulders brushing softly against creamy skin. Hazel eyes flecked with gold looked up at him through the thickest lashes he’d ever seen. Ripe full breasts tipped with rosy nipples made his mouth just water while he hands itched to trace the curve of lush lips and a well-rounded ass. A beautiful cunt completely waxed so he could see every mouthwatering inch of it. When he’d slipped his fingers into the tunnel between those sweet cheeks the heat of her nearly burned his skin and his cock painfully demanded release from its restraint.

The last thing he’d expected tonight was to find a woman that he wanted to take home and keep forever. He saw by the look in her eyes that the same thunderbolt had struck her. But first they had to get past the baggage he knew she still carried, which is why he had chosen the rope for his card. He would use it properly as a means to gain her complete trust, to show her how different this could be.

And make this work. Erase all the bad memories that lurked in the back of her mind.

“I like to oil my subs,” he said at last. “It not only enhances every contact with the skin but eases the bruising.” He nodded at the padded table, covered with a thick towel. “Climb up on there and lay down on your back.”

Her movements were so graceful, although a little self-conscious, not unexpected under the circumstances. When she was flat on her back, hands at her sides he allowed himself a moment to look at her again. Then he toed off his boots and socks, stripped off his shirt and set all the items next to the big armchair. He had to keep the pants on or he was afraid he might embarrass himself. It had been a lot of years since a woman made him so hard and so hot and so ready this quickly.

OTHER BOOKS IN THE SERIES

(Cut the Cards series within a series)

Three of a Kind

What exactly is The First Order?