These Mermen Don’t Have Tails, They’re Deadly as Hell, and They’ve Got Something He Wants…

INFAMOUS BACHELOR and SELF-MADE BILLIONAIRE ROEN DORAN IS A BASTARD. Yes, he knows it. And no, he doesn’t care. He’s got money and power, and he depends on no one. But when his estranged father dies, willing him a secret island, Roen will come face to face with an even bigger secret: its occupants. And these savage, sea-obsessed warriors are quick to make their position clear: Leave now or die.

There’s only one problem. Nobody tells Roen what to do. Ever. Oh, and one other thing. He’s just met the island’s other new “guest” and something about her brings out his possessive side.

SOLE SHIPWRECK SURVIVOR LIV STRATTON had been adrift at sea for ten grueling days when salvation miraculously appeared: an uncharted island. Only, the deceivingly beautiful men who live there aren’t interested in saving her. No, not at all. Because they somehow believe she is their property, a gift from the ocean to do with as they please. This is not good.

Her only hope? Billionaire Roen Doran, of all people. A man who’s said to care for nothing and no one. But if he’s so heartless, then why is he about to risk everything to help her? 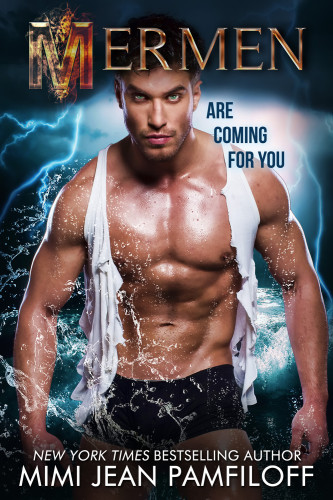 NOTE FROM MIMI ABOUT MERMEN: Anyone who has read the Accidental Series or King knows I love to flip things on their heads. Mermen is no exception. THIS IS NOT A FLUFFY STORY ABOUT men with fins and tails who sweep ladies off their feet and make them long to be mermaids. Uh-uh. This is NOT that kind of story. Nobody in their right mind would want to hang out with these very beautiful yet dangerous men (who don’t actually have tails, fins, or gills, by the way) NOR would anyone want to be their mates. Well, at least, not me! Run. Away!!

Hope you enjoy the ride. – MIMI

Roen opened the envelope and found a letter paper-clipped to an old map that looked straight out of a ridiculous Looney Tunes episode—a few landmarks and a giant “X” right in the middle of the page. He skimmed the letter—some random garble about an island in the North Pacific. Clearly, his father had been a crazy asshole right until the bitter end. Case in point…

Roen, my boy, this island and its treasures will become yours if you choose to claim it. And I hope you do because there is no greater cause on this earth than protecting it. However, you must always remember, whatever you do, to never turn your back on that which the island asks of you. Never question the island, son, because—

Roen chucked the letter into the wastepaper basket along with the map. He wanted nothing to do with it or his father. Leave the past where it belongs.

He picked up the stack of insurance papers and began skimming through them before signing. Page after page of affidavits, cargo valuations, waivers, and…

“What the hell?” The report filed by the Coast Guard showed the approximate location of where they believed the cargo vessel went down.

He dug his father’s map from the trash. There were no lines of longitude or latitude, but the position was the same: approximately two thousand miles west of San Francisco and a thousand miles south of the Delarof Islands, the most southern point of Alaska.

Roen dialed Cherie. He knew she wouldn’t really go home until he told her to leave because she doted on him like a lovesick puppy. No, he’d never laid a finger on the woman and never would. She was under his employ and that meant something to him. Even selfish pricks needed to draw the line somewhere.

“What ships do we have on the Seattle to Shanghai route?”

“One moment.” Cherie clicked away on her keyboard. “You’ve got one ship departing Chinese waters now and an empty vessel unloading at port.”

“Tell the crew I’m sailing with them.” 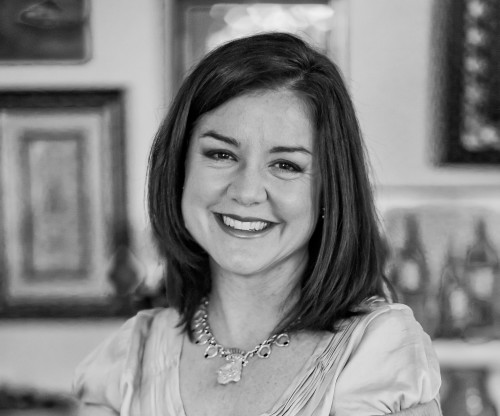 When San Francisco native Mimi Jean went on an adventure as an exchange student to Mexico City, she never imagined the journey would lead to writing Romance. But one MBA, one sexy husband, and two rowdy kids later, Mimi would trade in corporate life for vampires, deities, and snarky humor.

She continues to hope that her books will inspire a leather pants comeback (for men) and that she might make you laugh when you need it most.

She also enjoys interacting with her fans (especially if they’re batshit crazy). You can always find her chatting away on Facebook, Twitter, or saying many naughty words on her show MAN CANDY on Radioslot.com !

Find out more about Mimi and upcoming books at www.mimijean.net.

The author is giving away the following 10 prizes: 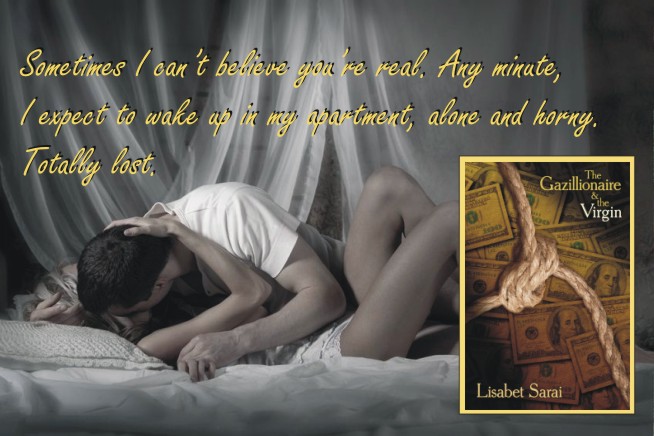 Elemental Magic can change your life