The author is offering $10 Amazon Gift Card to a winner of the Rafflecopter.

Heat Level: Probably a 3.5 on a scale of 1-5. Open door but tasteful language. 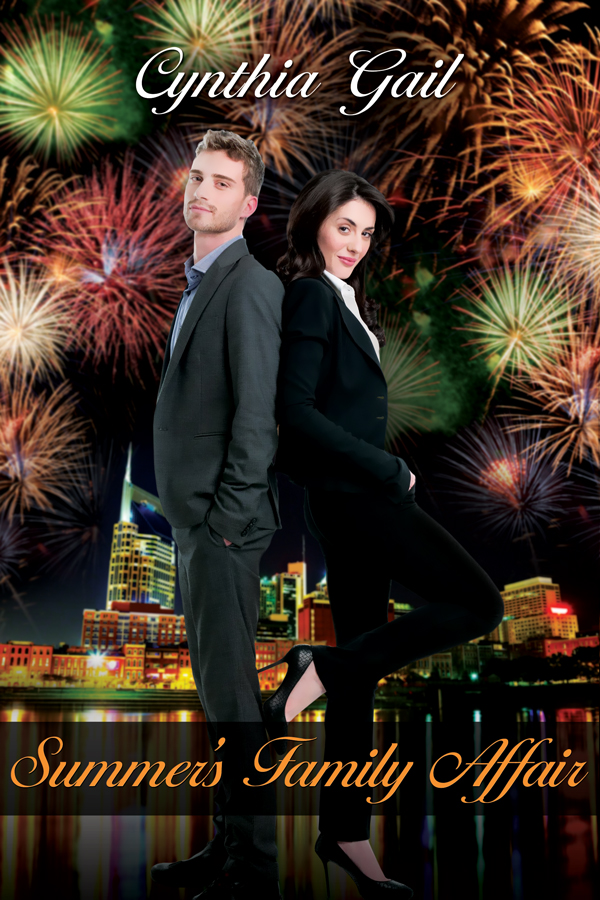 Jenny Cohen defines successful independence: she put herself through college, couldn’t ask for better friends, owns a consulting firm, wears designer clothes, and just moved into her dream home . . . But she’s alone, except for her ailing mother whom she supports in a nursing home. As the marketing consultant for Chester, Dorsey & Tanner, she’s surrounded by male attention. Too bad it’s the overly-protective big-brother type.

Architect, Craig Stone, hasn’t looked at another woman since his wife passed away four years ago. His time is taken—building a career while trying to be both mother and father to his eight-year-old son. But when his appointment with the largest development firm in Nashville is double-booked with a black-haired beauty, he finds himself reaching for new possibilities.

The attraction sets off more fireworks than the Fourth of July. Yet, their relationship is riddled with issues neither one of them expected. Somewhere in the middle they must find a way to compromise or let go of a chance for love they may never find again.

My husband and I live in the suburbs of Nashville, Tennessee with our three dogs. When I’m not working or writing, I can be found with family and friends. I love to bake in the winter, grill in the summer, and on occasion, I sneak away from everyone and curl up with a good book.

Craig waited at the bottom of the stairs. He’d escorted Carla from the house without another word and had quickly cleaned up. When Jenny appeared at the top of the steps, his heart began to pound. She wore a pair of formfitting, faded capris, a white cotton dress shirt, and multi-colored low-heeled sandals.

He met her at the bottom step. “I thought we might go by the Predator’s shop this afternoon and pick up new shirts. We need playoff gear.” Standing on that last step, even with her heels, she was barely eye-to-eye with him. He took her face in both hands and read her uncertainty.

“I’m sorry about Carla.” He kissed her forehead, then her nose, desperate to erase the tension. “I never dreamed she’d be so disrespectful. You were marvelous.”

Jenny smiled and eased her hands to his waist. “I’m glad our introduction is over. I hope we can meet on a more even field going forward.”

He wished it were true, but the look in Carla’s eyes when she’d left did little to convince him. “She really is a wonderful grandmother and she’s been so good to me. It’s going to take time for her to accept change.” He just hoped Jenny wouldn’t give up on him.

“I know. I can see that she’s a good person, who loves her family. She wants what’s best for you.”

He kissed her. Squarely on the mouth. Nose to nose. “I owe you another apology.”

“Oh?” She lifted an eyebrow.

“I hadn’t kissed you good morning yet.” His lips touched hers again, as she slid her arms around his waist and snuggled deeper into his hold.

“Well, it’s almost eleven, which means the morning is nearly over,” she whispered into his ear. “You, Mr. Stone, better get busy making it up to me.”

He inhaled her scent as she nipped his earlobe. He went hard instantly. She had no idea what her simple touch did to him. Wrapping his arms around her, he hauled her against his chest, lifted her off the step, and held her in the air. She giggled, her eyes full of amusement, as her feet dangled. She was so intoxicating.

He took her mouth again, with the desperation of a drowning man. Need pouring from his soul. If he could only wake up to this every morning for the rest of his life, he would die a happy man.

He slowly lifted his head and whispered into her ear, “Am I forgiven?”

She shook her head and giggled. “I don’t know. When my head stops spinning, I’ll tell you.”

He laughed and set her on her feet. Mission accomplished. 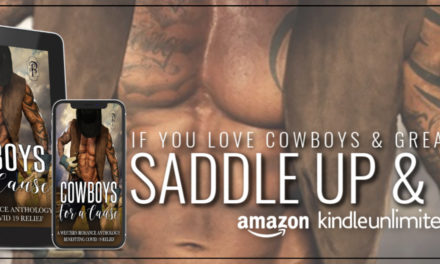