Desiree's Place > General > Till the World is Safe for Dreams-

Till the World is Safe for Dreams-

Thank you so much for hosting me today for the “12 Brides of Christmas” Author Spotlight!

My book, “Till the World is Safe for Dreams” is the third stanza of the Twelve Days of Christmas which includes three French hens—and a World War II bride. It’s a sweet story set in the turbulent days of 1942.

For a chance to win a FREE e-copy of “Till the World is Safe for Dreams” comment below with your memory of a Christmas when things just didn’t work out the way you planned. I will be choosing one random comment by 6:00 p.m. Central Time tomorrow, so leave a comment! Thanks again for stopping by, and please leave your comments.

Here’s a little about the story including an excerpt and some buy links:

A lot of dreams were put on hold when bombs hit Pearl Harbor, including Kay and Jeremy’s wedding plans. Now he’s half a world away, injured, and Kay is hiding her worry about his wounds from her meddlesome grandmother and aunts who disregard the realities of war and are determined to plan a fairytale wedding. Kay is carrying on, spending her days in a war plant, forging bonds with other women who worry and wait. The she hears—Jeremy’s injuries are serious, life threatening. Will he come back? If he does, will he be the same? Will the world ever be safe for dreams? 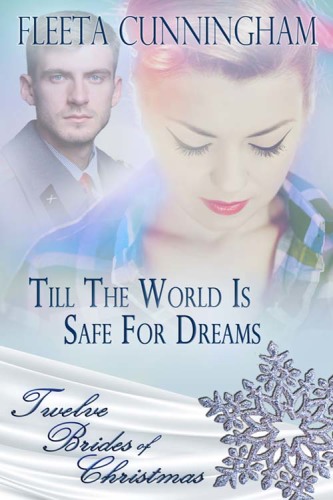 Kay thought of Jeremy, halfway around the world, hurt–who knew how badly–and knew if he were sent home, it would be for something serious. Of course, she wanted him home. Yes, she’d been certain of becoming his wife for two and a half years. And once, an age ago, in a different life, she’d dreamed of coming down the aisle of the family church shimmering in white silk, trailing orange blossoms and tulle.

But everybody was making sacrifices, putting personal plans on hold, until the world was again safe for dreams. She wouldn’t ask for more than that–that the world was at peace, and everyone’s special person was home. Her wedding, and the future she and Jeremy had envisioned, would wait. It had to.

“Peters, Nolan Peters. I met you at your grandmother’s party.”

“I remember you.” Kay’s heart beat triple time, her throat tight, as she waited to hear the reason for his call.

“Sorry to call so late. Your Jeremy is up against it. The leg has developed a nasty infection, and so far the medicine isn’t doing the job. His fever is raging, and he’s in a damnable amount of pain. The situation is critical. No way to say this to make it easier. There’s a good chance the boy is going to lose that leg. It may come down to the leg or his life.”

The rest of his message came with a rush.

“Better if you hear it from me instead of V-mail. The next forty-eight hours will tell the doctors what they’re dealing with. And I’ll make sure you know, as soon as there’s news.”

Buy Links for TILL THE WORLD IS SAFE FOR DREAMS

In “Till the World is Safe for Dreams”, you often mention rationing and the shortages the folks at home faced during World War II. How did families manage Christmas with so many staples of holiday cooking rationed? During the war, everyone faced hard times with ingenuity and ‘make-do’ determination. Women with small children were hard pressed to create a holiday meal for their families. And finding a way for Santa to bring presents to the children was no easy task.

Newspaper columns, like the one Kay’s mother writes in the story, offered special recipes, making use of every substitute, so some flavor of the holidays was maintained. Sugar was scarce and so was coffee. But honey and molasses were available so many cake and candy recipes used them to replace sugar.

Most homes had a small “Victory Garden”, often converted from a flowerbed to a vegetable patch, and home canning kept meals healthy and colorful. Though meat was rationed, chicken wasn’t, and many a festive meal featured a baked hen as the main course. On Christmas Eve, not many stockings were filled with candy, but an orange was a special treat.

Many a little girl was thrilled to have a rag doll, created from the odds and ends from her mother’s scrap bag. Fortunate was the boy who received a homemade set of bow and arrows constructed in Grandpa’s garage.

If you really want to try living on the rations of 1942, here’s a typical week’s provisions for one adult (children would be apportioned half as much):

You might want to try the cake Kay’s aunt created for Christmas; here’s the recipe.

Christmas didn’t work out quite the way Kay and her family expected. Maybe you had one that had an unexpected twist, too. Tell us about it and you might win a copy of “Till the World is Safe for Dreams”.

Look forward to hearing from you. 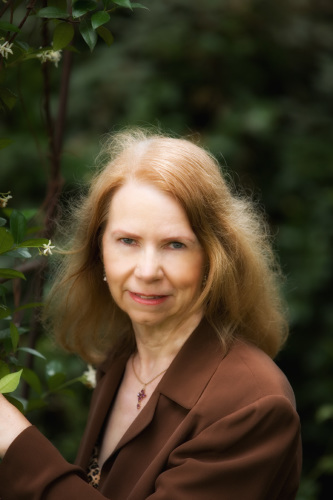 A fifth generation Texan, Fleeta Cunningham has lived in a number of small Texas towns. Drawing on all of them, she created Santa Rita and its inhabitants. After a career as a law librarian for a major Texas law firm, writing a monthly column for a professional newsletter and other legal publications, she returned to her home in Central Texas to write full time. Along the way, she and her mother had a successful wedding design business, numbering celebrity weddings and ‘unique’ events in their twenty-five years of partnership.

Fleeta has been writing in one form or another since the age of eight. When she isn’t writing, she teaches creative writing classes, serves as the wedding coordinator for her church and keeps house for her feline roommates.

Her other musings can be found at www.authorsbymoonlight.com or her website www.fleetacunningham.com.

She loves to hear from readers. The Santa Rita Series includes DON’T CALL ME DARLIN’, BLACK RAIN RISING, ELOPEMENT FOR ONE, HALF PAST MOURNING, and CRY AGAINST THE WIND. The first book in her new series Confronting Destiny, BAL MASQUE, was released earlier this year. Her story “Help Wanted: WIFE” was named Book of the Month by Long and Short Reviews. 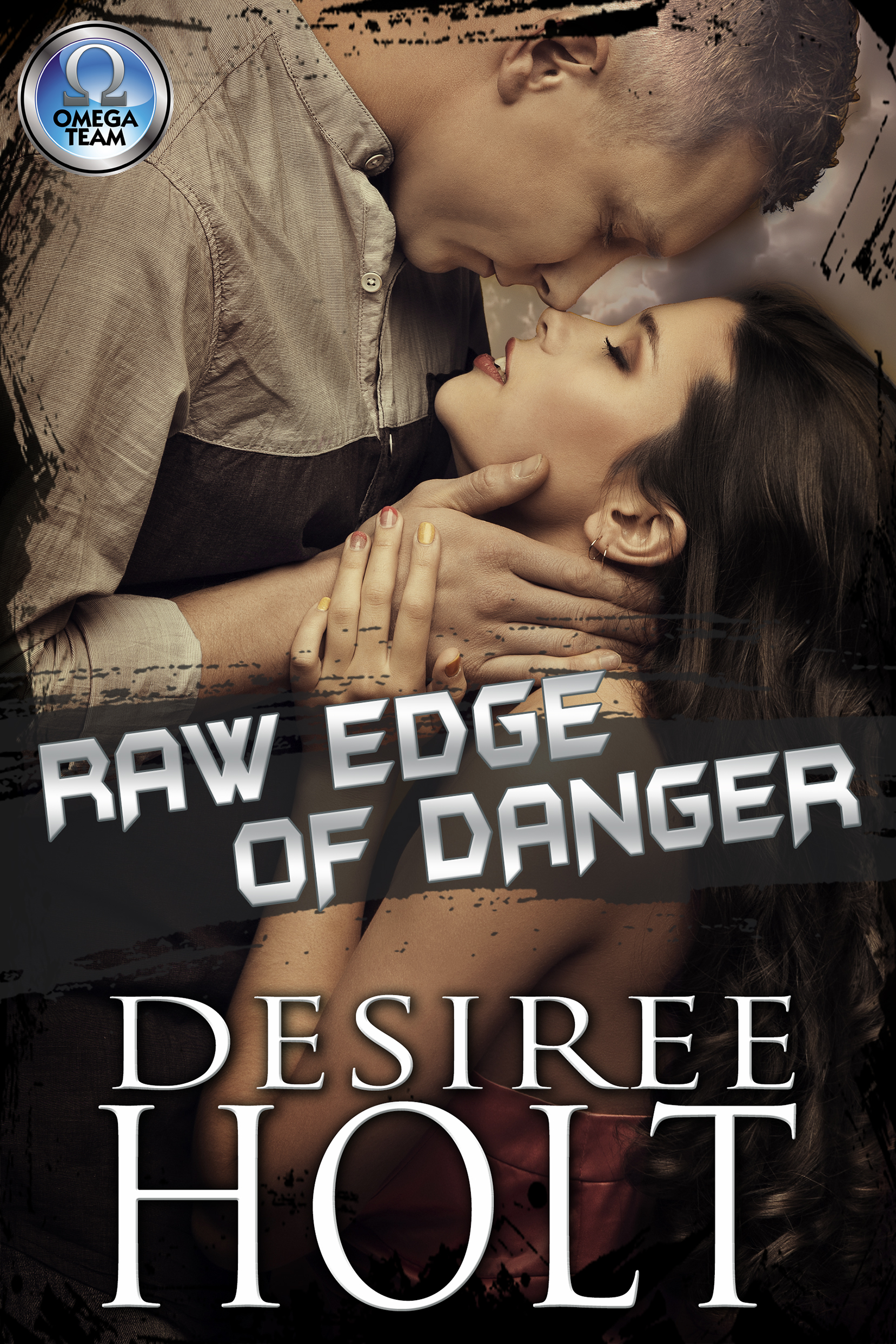