I am so excited about Elle Boon’s new shifter book. Here’s a taste of it just for you. It just released today.

For veterinarian Cora Welch, being bitten by a young injured wolf wasn’t the best day of her life, nor the raging fever that followed. However, finding herself faced with a naked man proved even more than she had ever bargained for. A naked man she wanted to climb like a tree.

Zayn couldn’t believe what his inner wolf was telling him when he first saw the human doctor Cora, standing in nothing but a towel. The last thing he wanted was a mate, especially an accidental one. And at a time when danger seemed to be coming at the Mystic Pack from an unknown source, it just wasn’t in his plans.

All he had to do was get Cora through the fever, keep her safe from the other pack, and keep his fangs to himself. But nobody told him he’d have to fight a mating urge so strong within himself, that it was a losing battle. Now, he has to explain to Cora that he accidentally marked her for a second time, making her just like him.

Cora knew something was not right in her world the moment she wanted to climb her rescuer like a tree. Hearing Zayn tell her she was now a werewolf, like him and his pack, she realized she now had a home. If her new mate still wanted her after he heard about her family, Cora knew she’d be happy to be an accidental wolf.

He turned, electric blue eyes flashing. “Come? Sit? Little girl, I am not a dog you teach to do tricks.”

“Oh I don’t know. I think you know all kinds of cool tricks.” She winked.

He stalked towards her. “Now you want to talk all sexual? Baby, you are playing with fire.”

“If you answer my questions, I’ll reward you.”

He was so cute she leaned forward and kissed him, just a light brush of her lips over his. She blinked up at him when he just sat there. “I’m waiting.”

“I thought you were kissing me.” He tried to deepen the kiss.

Cora pulled back. “Let’s do this like a game. Do you like games?” She sucked his top lip into her mouth.

Dressed in a pair of borrowed sweats that had belonged to Niall’s mate and one of Zayn’s T-shirts, Cora smiled.

His eyes narrowed. “Why am I a little scared?”

“Is the big bad wolf scared of little ole me?” Cora leaned back into the soft cushions with one knee bent, the other with her foot planted on the floor. “For every answer you give me, I’ll take off a piece of clothing. Once I’m down to the skin, you can have your wicked way with me.”

For Cora it really was a win-win situation.

Zayn moved closer so their knees were touching. “Think of something, anything.”

Keeping the image of her imaginary wall firmly in place, she kept her naughtiest thoughts behind it. However, the things she pictured made her nipples hard and had a flush covering her pale skin.

“Damn it, that’s not fair. You’re thinking of sex. You can’t think of sex,” he growled.

She slapped his thigh. “You could read my thoughts still?”

“No, your body told on you. I couldn’t read or see a thing. Now off with something.” Zayn waggled his eyebrows.

Cora looked down at her bare feet, chewed on her bottom lip, and then decided to take the oversized top off. She still had her bra on, much to Zayn’s dismay. The borrowed T-shirt dropped between them soundlessly. She watched Zayn look at the white T, then her chest, and back again. He bared his teeth in a grimace, and then knocked it off their legs.

“No fair. Girls wear too many clothes.” His eyes however gleamed with appreciation.

She took a breath. “How will I know how to picture my wolf?” That was a question that really bothered her.

“While you were out, I texted my mom. She says for you to picture a smaller version of a dark brown wolf. Your wolf is inside you and will know what it needs to look like. However, she…ah…she said the first time for a turned werewolf isn’t the same as for us born.”

She waited, and when it didn’t seem like he was going to go on, she waved her hands. “And?”

Zayn raised an eyebrow. “I answered a question. I’m waiting for my reward.” He sat back and crossed his arms.

Oh, he was so going to pay. She reached behind her, pretended she couldn’t quite get the catch of her bra to come undone. “Can you help me?” As she turned to give him her back, she accidentally brushed the bulge straining the front of his sweats with her palm and pretended not to notice his swift intake of breath.

Zayn loved the way his mate wanted to play with him. Wolves as a whole were a playful lot, unless their families were attacked. He shook off the fear and anger, not letting anything intrude upon the game Cora had begun. After he unhooked the bra, he helped her remove the article of clothing, tossing it behind him, accidentally brushing her nipples.

Cora rolled her eyes and shook her head like he was a petulant child. “So what did she say was the difference?”

“She said because you are already a full grown adult you shouldn’t trip over your paws. Our young tend to stumble just like toddlers do when they first learn to walk.”

He watched her mouth drop open, and then her small body launched forward, knocking him on his back. Zayn caught her arms to her side. Her laughing and calling him names amused him like nothing ever had.

Yes, he’d played with his brother and Jett when they were cubs, and he loved playing with the kids of the pack. But wrestling with a half-naked Cora was on a different level completely. He’d had lots of sex, more than he cared to admit. Not that he was ever callous or didn’t make the women feel important, but they hadn’t been his mate. The bond between him and Cora was like a living breathing thing he never wanted to do without.

“You cheated. Now you have to take something off.” Cora rested with her elbows on his chest, staring at him in earnest.

“Since you seem to be making up these rules, is there a certain item I need to take off or is it my choice.”

She tapped her finger on her chin. “I say a shirt for a shirt.”

I’m a wife and mother who is a retired stay at home mom of 2. I say retired because my youngest is 14 and my oldest is 20. When my baby went to school, reading saved my sanity, and then the same year he started school, I was diagnosed with Cancer, again reading saved my sanity. When I recovered and realized how quickly life could change, I made a bucket list. The number one thing was to live. Check. On top of that list was to become a published author. Check. Eight years later I have accomplished that goal and several others.

I live in the Midwest, but I”m a southern girl with only a slight twang who says y’all quite frequently, and am known to say “Bless Your Heart” A LOT. If you know what that means, you do not want to be the one I say that to, lol. I cuss worse than if a trucker and a sailor were put together, but I do it with class *WEG*.

The best part of my new journey is that I get to create new worlds, and have all kinds of stories in my head just waiting to be written. I truly love to hear from readers.

You can find me on Twitter, Facebook or my web site, but I’m on Facebook ALL the time, so find me. I’d love to hear from you J 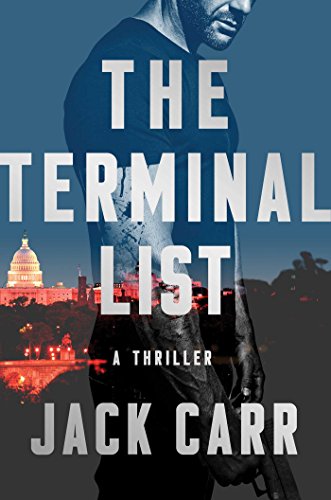