Desiree's Place > General > Get ready for my own Five Alarm Alpha

Get ready for my own Five Alarm Alpha 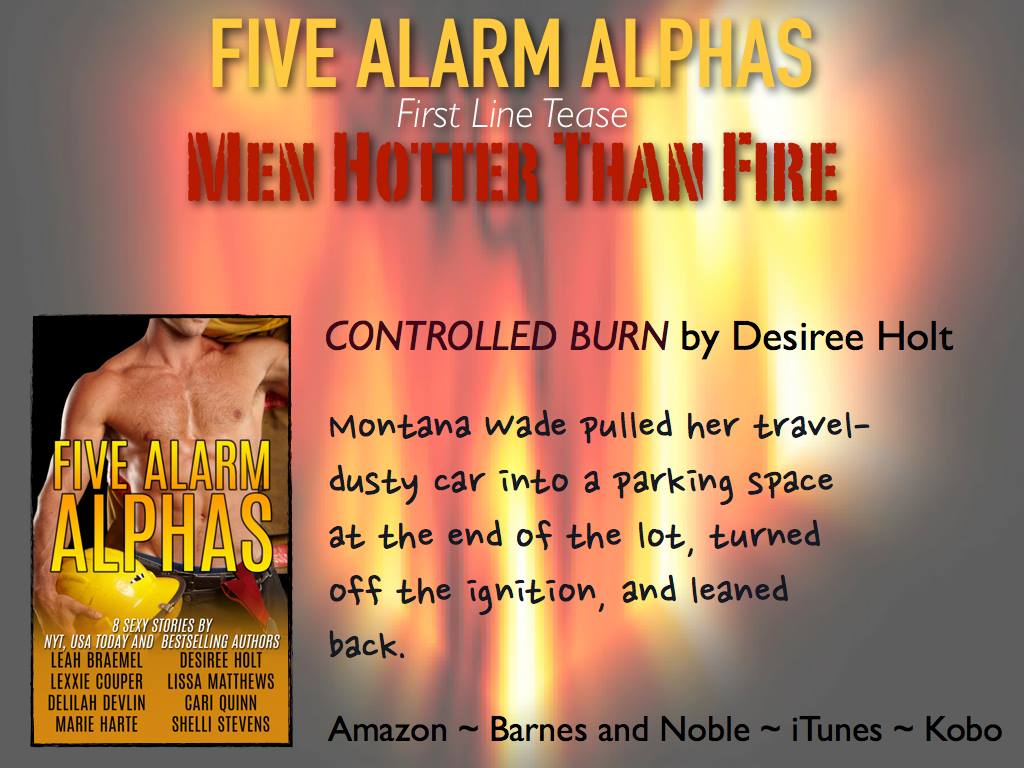 Montana Wade was home after writing off the past ten years of her life, but she needed one more night of courage before she faced her family. Boone Crider, hotshot firefighter, was burned out form the rash of malicious fires. They thought one night as strangers would cure them both, but the fire they started between them soon became a barely controlled burn. 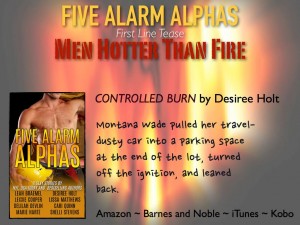 “See something you like?” He signaled the bartender for another.

“You didn’t answer my question.”

When the bartender set a fresh drink in front of him, he took another deliberate swallow of beer then set his bottle down carefully. “Question?”

“Yes. Are you drinking to forget the wrong kind of woman?”

He turned on his stool, studying her from beneath hooded lids for so long she felt compelled to meet him eye to eye. Mistake. Big mistake. Sexual heat surged through her, the muscles in the walls of her cunt vibrating as if they were doing a two-step, and her nipples became so hard she thought they’d poke holes in her tee shirt. Her mouth suddenly dry, she lifted her drink and finished it in one swallow. This time, it burned going down, but she was grateful. It distracted her from the other reactions of her body.

Montana had a feeling she could climax from nothing more than listening to his voice. She tapped her glass on the bar to signal for a refill and wondered what in the fucking hell she was doing, anyway?

Ooh, fuck! Andy would have a shitfit. Another naughty word.

She barely suppressed a laugh.

“Just a private joke.” The fresh drink arrived, and she took a tiny sip. “Maybe I am. The right kind of woman. What does that mean to you?”

He draped his arm across her shoulders and threaded his fingers into the mass of curls at her neck. His touch was like the kiss of a match, igniting any nerve endings that might have still been sleeping. And, oh, god. If her panties hadn’t been wet before, they were soaked with her juices now. She squeezed her thighs together, trying to fight back the need radiating from her.

He nudged her around on her stool again, so he stared into her eyes once more.

“It means maybe we both came in here for the same thing tonight.”

“A night out of time. Would you go for that?”

There was certainly no mistaking his meaning, even if he hadn’t said the words. Well, hell. She definitely wanted to forget a whole lot of bad business. Getting naked with him would be so much better than getting drunk. And probably leave her in a better mood.