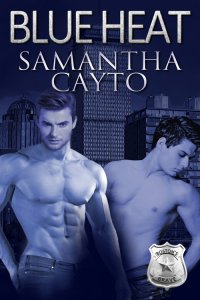 Finn Callaghan’s quest to prove his father wasn’t dirty and to follow family tradition leads him to become one of Boston’s brave. Like his father and brothers, he proudly wears the blue but as an openly gay man. His first assignment—going undercover as a teenage runaway. The sexy detective in charge is a bonus and a distraction he just can’t pass up.

Only half out of the closet, Michael Caruso heads a task force to end an underage prostitution ring that preys on homeless gay teens. He has mixed emotions about using the hot young rookie as bait. Finn is perfect for the part, but Michael’s attraction to the pretty cop might botch months of work.

Attraction turns to alarm as Finn goes deeper undercover. Can Michael keep him safe? And even if he can, how can he protect himself from the danger falling in love?

And have your tries her hot SEAL story, Catching Eagle’s Eye?

Will Chadwick is happy to finally be living as an openly gay man in the Navy. And as a physical therapist, he’s used to coaxing bad asses like Dane into doing their PT. 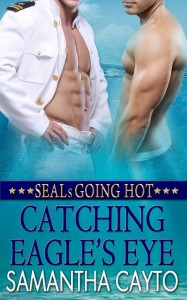 Harder for him is resisting the temptation that Dane presents. He’s a patient and hiding his sexuality. A prudent man would keep his distance.

And be sure to keep up with her on Twitter @SamanthaCayto