As a Navy SEAL, Michael “Midas” Baudine trains countless hours to prepare for combat. But a man can’t train for luck, so preserving his “Midas touch” good fortune is something he takes seriously, and he’ll go to extreme measures to get his team on-board with his pre-mission, luck-assuring routines. He accepts a challenge from his team—get the sexy but uptight teacher, who blocks his advances at every turn, to the rock concert a week from today, and they’ll comply.

How did nice girls survive? How did they resist the sexual magnetism of guys like Midas long enough to find the kind of man they could have a real relationship with? The seductive SEAL with the charming smile could make even a nun think twice about her vows, let alone a world-weary bitch trying to redeem herself.

“Sorry,” Angie heard herself say before the last of her restraint gave way. She turned and started walking, avoiding any further tax to her self-control.

“You think I’m not good enough for you?”

His question halted her foot mid-step. Of all the things he could have said, he’d found the one she couldn’t ignore. The one that suggested she was still the unkind woman of her youth. The girl who used people as much as they used her.

Biting a lip, she released a long sigh and made an about face.

“No. I don’t think you’re not good enough for me.”

“That’s easy enough to say, but harder to prove. Go out with me. Show me that your words are worth something.”

So many thoughts swirled through her mind. Some snarky and downright mean. Others a complete abdication to the power that was Midas. But before she could decide which one to toss out, the sailor threw down the gauntlet.

“I’ve got tickets to see Stereo Arsenal next week,” he said, coming closer. “Go with me. Be my date to what will probably be the show of the year on base.”

The mention of her father’s band broke the hold Midas had on her. No way she’d go and be recognized by one of the band members, roadies or fans. She’d already made arrangements for a few hours of private time with her parents while they were in Rota. That visit alone could compromise her identity.

“Not a fan of rock and roll?” His eyebrows rose in mock surprise. “How is that even possible? Don’t you know that Stereo Arsenal is one of the best bands from the 80s? These guys sold more albums and had more top-ten hits than anyone else in their genre. They’re classic. Just scoring tickets for the show was a major coup.”

She couldn’t help the pride swelling her chest. Her father might be the leader of the madhouse, but he and the band had worked hard to rise to the top. They deserved every accolade they received.

“I don’t want to go to the concert by myself,” he persisted, increasing the wattage to his dazzling smile. “Prove your words are more than just sounds coming from those pretty lips.”

“Please.” She rolled her eyes. “There are dozens of beautiful women in Rota who would love to be your date. Maybe you should ask one of them.”

“You’re the only person I’m interested in. You have been for a while.”

She’d heard a lot of pickup lines in her lifetime, but the one he just spouted had to be one of the best. It even had her jaded heart fluttering. The man was more than just a handsome face. He had skills, she’d give him that.

A small car turned a corner and headed in their direction. Midas grabbed her hand, leading her from the street to a long stretch of grass outlining the marina. Across the bay, the lights from Cadiz twinkled like stars against the water. The delicious smells of cooking food and sweet sangria scented the air.

The whole tableau around her was becoming a little too romantic for her liking. Midas wasn’t the long-lasting relationship-type she was searching for. He was sexy, the love ’em and leave ’em kind of guy, who basked in the glow of conquering prey and climbing his way to the top of the adoration mountain. She’d seen him around his friends. He liked to be the leader of the pack, numero uno, the man in the limelight. God only knew what he would do if he ever found out her real identity. Most likely sell the story to some trashy celebrity magazine, where his handsome face could be on display for the entire world to see and admire.

The strong desire to bed the SEAL who thought the sun rose and set on his ass and then knocking him down to the size of a handheld bobble head tempted like crack cocaine to a recovering drug addict. Clearly she still had more work to do in the Mother Teresa department. The sooner she could make her getaway, the better.

“Do us both a favor and take no for my answer. Trust me, it’s for the best.” Once again, she tried to pull away from his grasp, but this time he not only held tight, he clasped his free hand on their entwined fingers.

“Tell you what,” he said, inching closer. “The Rota feria is happening this weekend. Go with me to the fair tomorrow night. If it’s not the best date you’ve ever had, I’ll never ask you out again. I’ll leave you alone to the fabulous life you seem to be enjoying so much.”

A light whiff of his intoxicating cologne wafted from his warm body, clouding her already impaired senses. Shivers rippled down her back and up her quaking legs, meeting in her belly where they loop-de-looped as though on a roller coaster. Between her legs a familiar ache pulsed. She’d been without a man—the right man—for too long.

“And if it is the best date?” Her voice sounded strangled. How could she possibly concentrate with so much testosterone and lust inundating her sensibilities?

“Then you go to the concert with me. I’ll show you just how good rock-and-roll can be.”

Thank God she had a little control of her faculties, otherwise she would have burst out laughing. She knew exactly how good and how bad rock-and-roll could be.

The offer he put before her was tempting. Midas had given her a golden opportunity to finally get him out of her hair for good.

Little did he know she’d dated some of the legends of the silver screen, as well as the music scene. Dozens of men had wooed her with fancy meals, trips and the like. The odds of the Navy SEAL standing before her besting her previous dates were so minuscule that not even a down-and-out Vegas bookie would consider making odds.

“You’re saying you’ll never bother me again if I do this?” She leaned back to gauge the expression on his face. He was so irritably good looking and beguiling, would she even be able to tell if he was lying? “You’ll stop asking me out if I go to the fair with you and don’t have the date of the century?”

“As long as you promise to give me a fair chance and are one-hundred percent honest with me once the date is over. Honesty is extremely important to me, just so you know.” He released her hand and held up two fingers. “If you’ll do that, then you have my solemn promise. Scouts honor.”

Agreeing had to be a mistake. Most likely there was some kind of catch or trick she couldn’t see through. There couldn’t be a way to make a night at a simple fair in Rota, Spain the best night of her entire life. No freaking way.

“Fine.” She dug in her purse for a scrap of paper and a pen. When she finished writing her address, she held out the ripped slip. He reached for it, but she yanked back the paper. “Promise me one more time. If I tell you honestly that you didn’t best any of my previous dates, we are done. No more accidently meeting me on base. No more holding doors open. No more anything.”

Midas snatched the slip from her grasp and grinned. “You just worry about where you want to eat before the concert. I’m a man who never loses.” 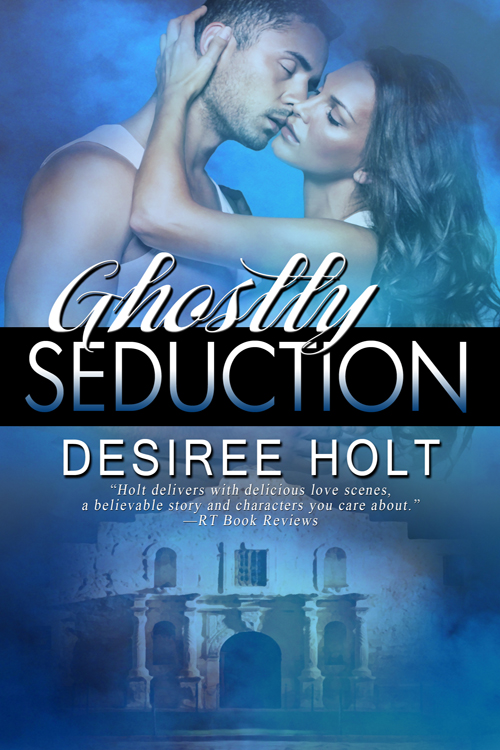 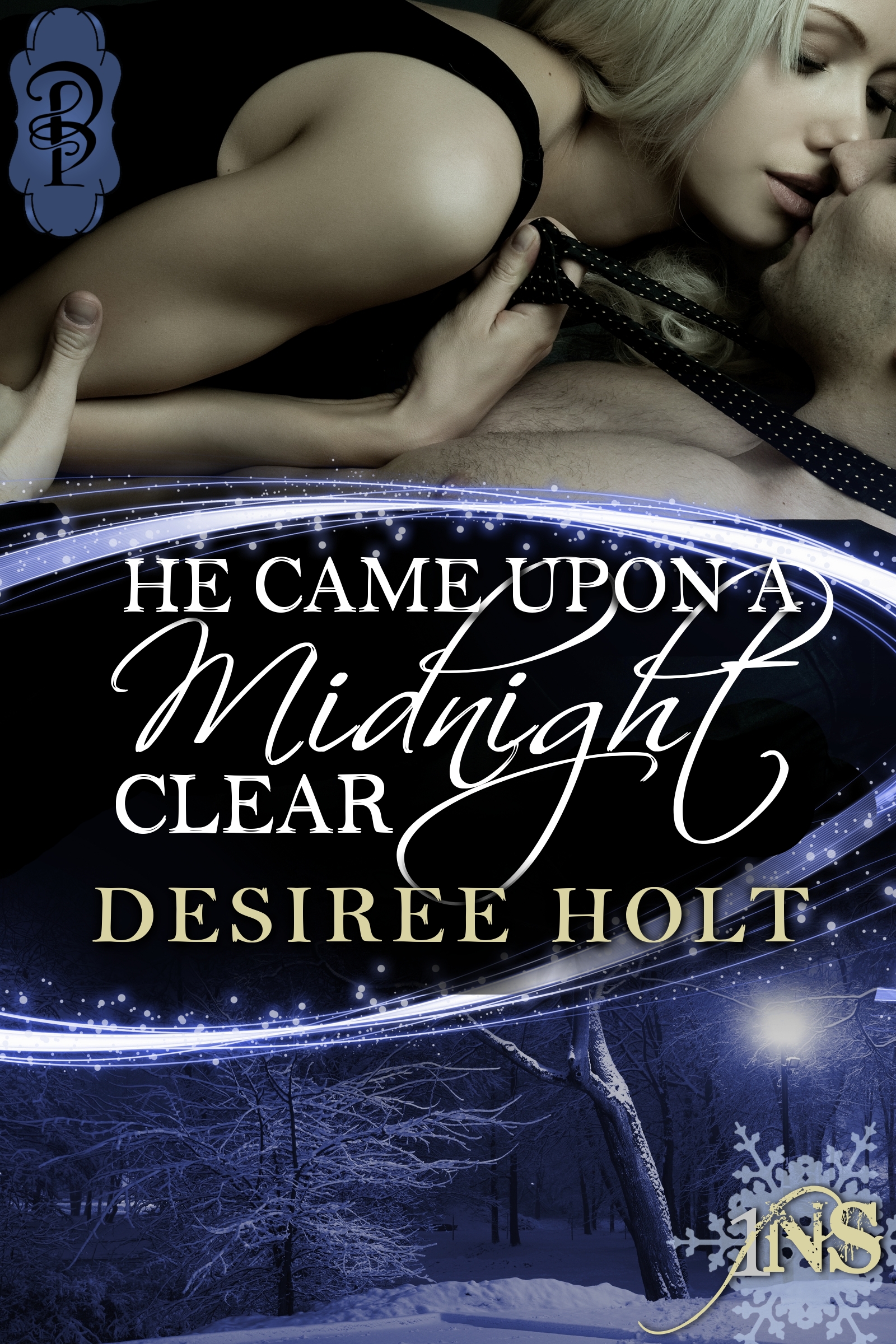 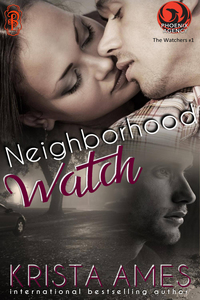 Today’s hot release from The Phoenix Agency. Get it!