Desiree's Place > General > Two hot guys for the price of one!

Iron Rods by Brenna Zinn, the first in a series about a ladies strip club in Austin, Texas.

Spurred to Submission, #6 in the Rawhide series by Desiree Holt

First up: the sexy dancers from Iron Rods

“Will tells me we’ve got a good crop of calves to brand this year.”

Wade’s voice behind her startled her out of her reverie and she lost her balance, tumbling into the pen. Before she could get to her feet he had climbed in beside her and stood looking down at her.

She spit dust from her mouth and glowered at him. “Aren’t you even going to offer to help me up?”

He stared down at her then shocked her by lowering his body over hers, his legs bracketing her as he knelt in the dirt. His long fingers wrapped around her wrists, holding them down to either side of her head, imprisoning her in the dirt. His grip was so tight as to be painful, and it shocked her to realize that it gave her pleasure.

Wade bent low over her until his face was just inches away. His eyes darkened to the color of burnt chocolate again and a muscle ticked in his cheek. He wasn’t as unaffected as he wanted her to think. That kiss yesterday might have been meant to frighten her, just as he was trying to do now, but it was very clear he was affected by it. Probably more than he wanted to acknowledge.

Instead of struggling Zoe lay on the ground beneath him, waiting to see what he’d do next.

“You know what I’d like to do to you, little girl?” he ground out.

“What?” The word came out in a breathy rush of air. “What would you like to do to me, Wade?”

“Things that would scare the shit out of you.”

He was holding her forcibly in place, apparently unaware she wasn’t attempting to get up. He was holding most of his weight on his knees so he didn’t crush her but she was essentially completely helpless. His crotch was practically at eye level and there was no mistaking the prominent bulge. Oh, yeah. He was as hard as she was instantly wet.

“You think so?” She licked her lower lip, seeing the heat flare in his eyes again and knowing she was pulling the tiger’s tail. “You might be surprised.”

He stared at her for so long she wondered if he ever planned to speak or move. Without warning he rose to his feet, pulling her with him. Imprisoning her wrists with one hand he swept her over his shoulder and stomped into the barn with her. Before she realized what he was doing he carried her into the tack room and slammed the door shut, sliding the bolt into place to keep it locked.

“Big talker,” he ground out. “Let’s see where that big talk gets you.”

Grabbing a coiled length of rope hanging on a peg he wound it around her wrists, tying it off and fastening the other end on a nail high up on the wall. Her arms were now stretched high over her head, forcing her to stand on tiptoe. Wade kept his gaze locked with hers as he worked, obviously watching for signs of fear or resentment or—who knew what. She knew she should be terrified, or at least alarmed. This might be Wade, who she’d known since she was born, but in the twenty years since she’d last seen him, who knew how much he’d changed? What he’d become? Her brain told her she should either demand he release her—or beg him. But her brain seemed to be disconnected from her body. The edge of fear crawling through her was wrapped in a blanket of suddenly exploding lust.

Who knew how much his control and dominance would turn her on? She could take this as far as he could. 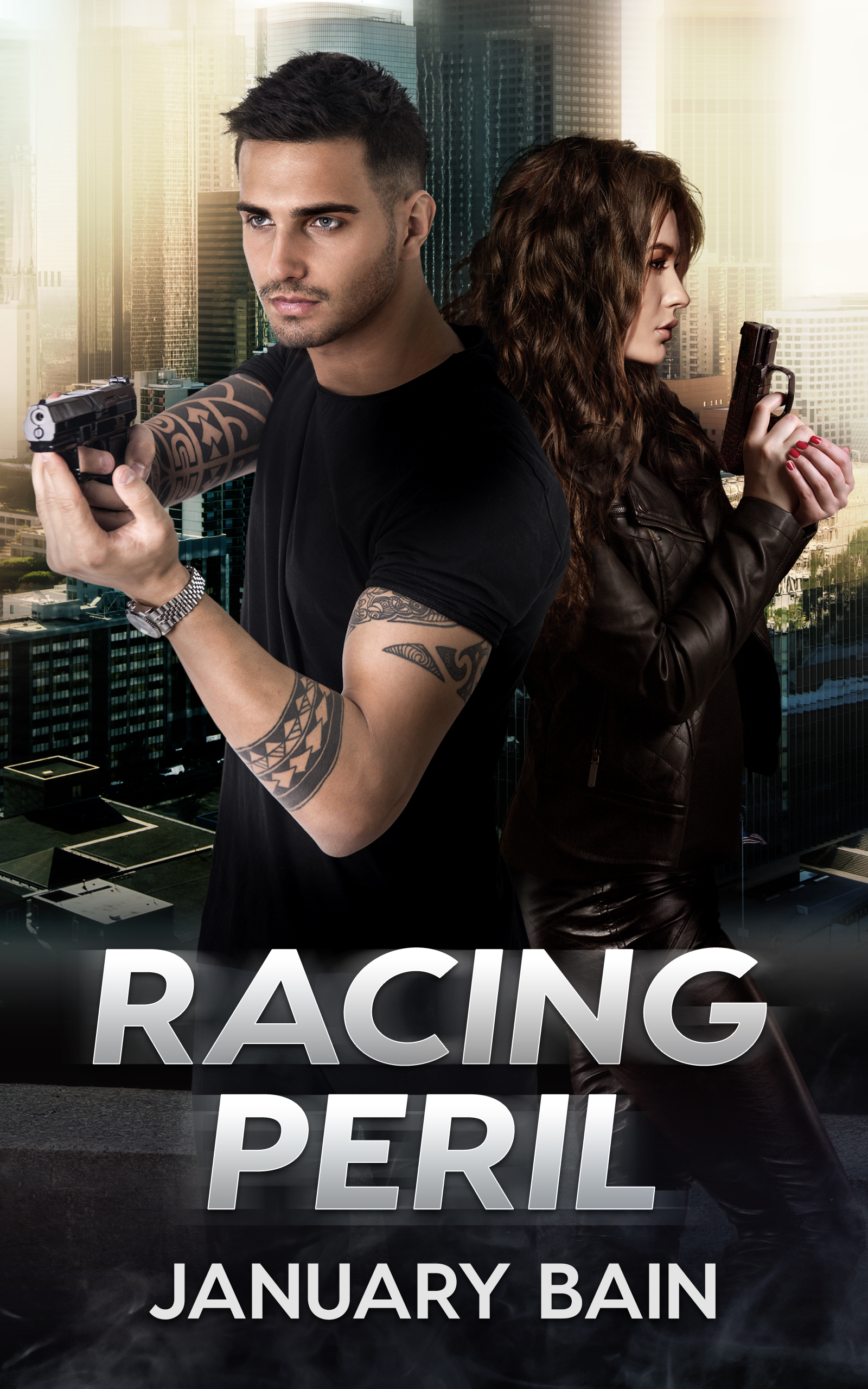