They operate everywhere in the world fighting danger and threats to security. They are kickass women loved by alpha males. Together, in the heat of their lust and the sharp edge of their talents, they are…Nemesis.

Rebuilding her career, the last thing Pilar wants to see is her hot one-night stand picking his way across the crime scene, lust and recognition heavy in his eyes. Pilar knows it’s imperative that she maintain a professional distance—but that would be a lot easier to do if she could forget the way his hands felt on her skin, or remember her mystery lover’s name.

Raul is in Montserrat to solve a murder. The last thing he expects is the woman who has been monopolizing his dreams. Though she slipped away without a word, Pilar left a scorching impression that no woman has come close to eclipsing. But between the Russian mafia, an unsolved murder and millions of Euros of oil in play, Raul can’t afford to be distracted. Still, he’s never turned away from a challenge—and Pilar is nothing if not challenging, in bed and out. Raul isn’t about to let her walk out again. 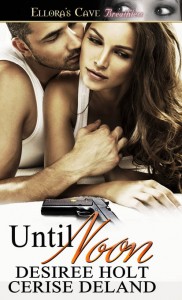 They were silent during the few minutes’ drive to the bistro, a typical little café in this part of the world. Inside it was dark and warm and a wonderful blend of aromas swirled in the air. Raul ushered her to a booth at the back of the tiny place, surprising her when he slid in next to her instead of onto the opposite seat.

The hard muscle of his thigh pressed against hers. Stuffed into the corner the way she was she had no way to put space between them. When he lifted her hand and rubbed his thumb across her knuckles she wondered why she even wanted to move away. His touch alone sent shivers racing through her and the crotch of her panties was instantly soaked. How the hell could one man arouse her so much so quickly and easily?

Raul lifted her hand and pressed his lips to the back of it, his dark grey eyes locking with hers.

“You left the room and I had no way to find you.” His low voice resonated through her body.

She wasn’t stupid enough to pretend she had no idea what he meant.

“I thought that was the best thing,” she said slowly. “I didn’t think you wanted to deal with a messy morning after.”

He nodded. “Usually I don’t. But our night together was…extraordinary to say the least.”

“People in our line of work can’t afford anything more than a few hours.”

He stilled, his smoky gaze boring into hers like smoldering coals, searching, on guard. “So then you knew who I was? What I did for a living?”

“No! No.” She sounded like a teenager caught in an embarrassing trap. She took a deep breath and reached for control. She was a professional and needed to act like one.  “I just—now that I know what you do. I’m—“

“Confused?” His lips curved in the beginning of a smile that showed her he believed her.

She inhaled, drawing herself up into a dignity she had momentarily lost, captivated by the memories of his charm. “Our night together was just one of those things. Messy emotions get in the way and color my ability to do my job.”

“I had feelings about that night too,” he told her, his bass voice a breath of sound. “Wild ones.”

She tried to slide her hand from his but he laced his fingers through hers and held tightly to them.

“Are you saying you can’t do both?” He leaned closer, one arm around her shoulders, his lips close to her ear. “We can pool our resources on this investigation.” His breath tickled her ear. “And spend time together while we’re doing it.”

Another minute and she’d forget where she was. She’d rip off his clothes and have him fill her right here in public.

”Raul.” She needed to break the spell he was weaving around her again. His mere touch transported her back to that hotel room, to the sheets crumpled between their hot, sweaty bodies. To the best sex of her life. Ever. And god help her, she wanted it again.

“If I promise not to sabotage your assignment, to work with you, can we manage to pick up where we left off?” His lop-sided grin was practically lethal. “I can remember where we were, how you took me inside you, how you pulsed for me, creamed for me. Can’t you?”

Yes. Heat flashed through her body. Her internal temperature had to be rising into the red zone. Pushing at Raul enough to give herself room, she managed to shrug out of her jacket. A waiter placed two glasses of water on their table and she drank from one of them greedily. Anything to cool herself off. This man was a definite danger to her self-control.

Shifting her body, she leaned into the corner of the booth.

Raul tucked a curl behind her ear. “Trying to get away from me, Senorita?”

She clutched the half-empty glass. “Trying to keep things in perspective. We have a job to do here.”

“I’m well aware of that.” His chiseled face hardened, all vestiges of a smile wiped away. “Because of Adam Molloy, it’s personal for me, so it’s definitely a priority.” Then his expression softened and he brushed the tip of a finger along her cheek. “But that doesn’t mean we should ignore what’s between us.”

“What is between us, Raul? A few hours?” She took another swallow of water. “I’m sure you’ve had other one night stands.”

Pilar squeezed her thighs together against the internal throbbing. She breathed a sigh of relief when the waiter came to bring the espressos Raul had ordered. Sipping the hot fragrant liquid didn’t cool her off but it gave her something to do with her hands.

“I think we should focus strictly on business,” she told him.

Which was very difficult since every time she looked at him she remembered the image of him naked, his muscular body glowing in the lamplight, his cock, thick and swollen, protruding from the tight nest of hair surrounding it. Even months later she could still conjure up the feel of that cock inside her, his hands holding her hips as he drove into her again and again. Her orgasms had been the most explosive she’d ever experienced.

What is wrong with me? I never obsess about men like this. I don’t have the time in my life for that.

What scared her was the fact she couldn’t simply wipe Raul Cardona from her mind as she had with all the others. And now she was going to be working closely with him on this investigation. A case that reached far into both the European Union and most likely the Russian Mafia. She’d be a fool not to take advantage of his connections, but how would she keep herself out of his bed?

As if he could read her thoughts Raul lifted a hand to signal for the check and slid out of the booth.

“Enrique should have more information for us by this time,” he told her, holding her jacket for her. “Let’s see what he’s found and decide where we go from there.” 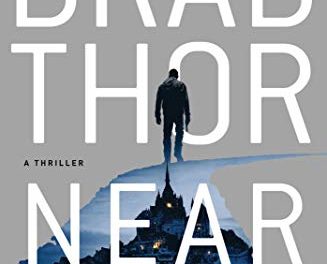 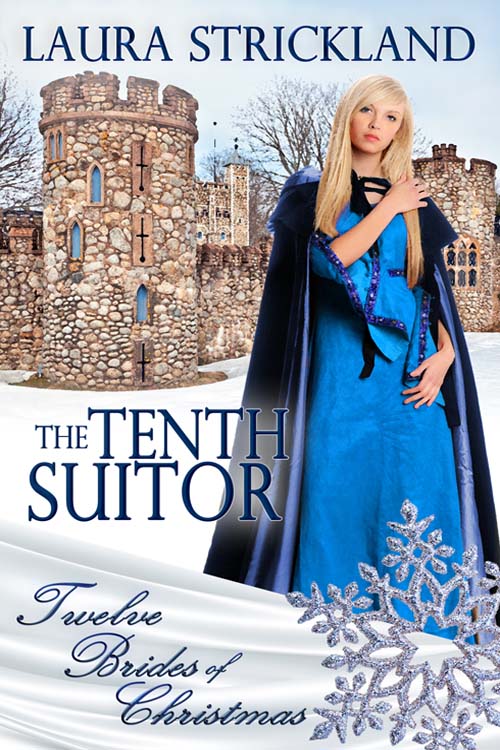