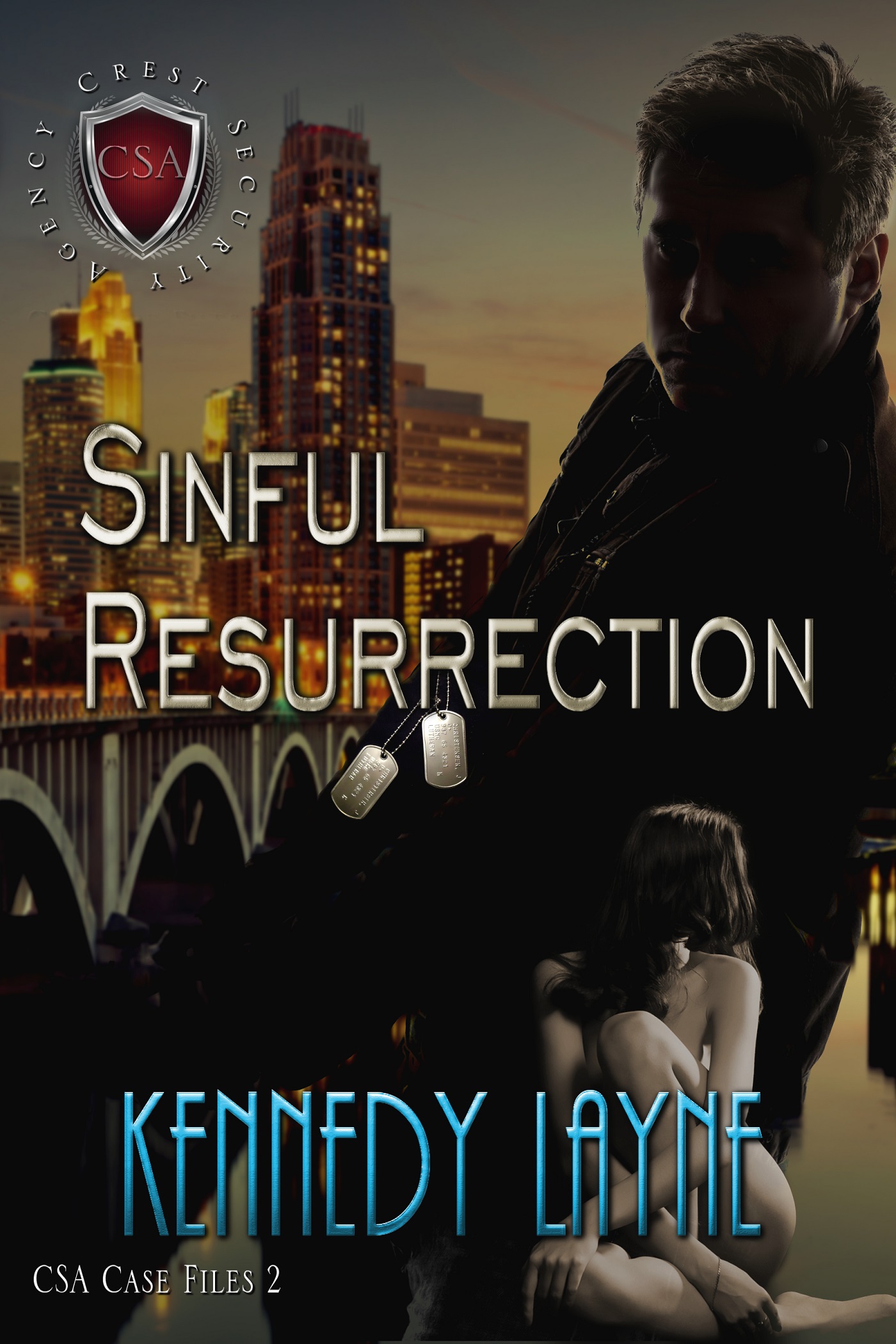 Sins of the past have been resurrected, predetermining their path to love. Can they overcome the treacherous obstacles set before them?

Jax Christensen likes his life just the way it is. He has his work, his club, and the occasional naked submissive to take his mind off everything else. He doesn’t talk about the past, as there is no point in reminiscing about things that cannot be altered. His chest has an empty hole where his heart used to be, but he’s grown accustomed to the constant pain. It’s become the only thing that reminds Jax that he’s alive.

Emily Weiss has never forgotten the one and only man she’s ever loved. She’s hidden for two long years in an attempt to protect Jax and herself, desperate to try and stay one step ahead of those who want her dead. She has information that could destroy the United Nations. Unfortunately, they want to eliminate her first. Emily’s exhausted and wants more than anything to feel safe once more. That was how she felt in Jax’s strong arms and she longs to be there again.

When Jax sees that Emily has risen from the grave, his heart and soul are full of anger and regret. He’ll never forgive her lies and deception. He will, however, keep her safe. He hates her for what she’s done, but he doesn’t want her death on his conscience. He’ll protect her and then walk away.

Secrets are revealed and the danger is more sinister and deadly than anyone could have guessed. Jax and Emily are forced on the run and the passion they once felt for one another burns even hotter and brighter the second time around. Jax doesn’t know how he’ll walk away this time or if he even wants to. Emily is determined to expose a high-level official within the United Nations and walk away unscathed. She wants a second chance with her first love — even if it kills her. 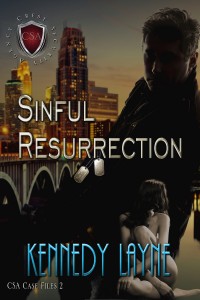 He’d cataloged three people in the room.  Crest was behind his desk, Emily was standing in front of him, and one other person was to his right.  Jax didn’t give the man a second glance.  He didn’t give a shit who the tight ass suit was.  He only cared about the woman standing in front of him.  Emily slowly turned and faced him, her blue eyes filled with regret and something else he couldn’t name.  Whatever it was couldn’t hold a candle to the rage that was simmering in his veins.  He changed his mind.  There was no reason fucking good enough for what she’d put him through, only to turn up two years later as if nothing had happened.

“Jax, you need to listen to me,” Crest said, coming into his line of vision.

Jax turned and within seconds had Crest shoved up against the wall with his forearm against his boss’s throat.  He was breathing hard, waiting for an excuse to be able to physically take out his frustration on another human being.  Finally clearing the haze from his eyes, it dawned on him that Crest had known all along who Emily was and what her connection was to Jax.  What else did Crest know?  He pulled his arm back, with every intention of getting retribution.

Emily’s voice cut through the miasma that had surrounded him.  He was trained better and knew that the slightest hesitation gave the other person the advantage, but it was too late.  Before Jax could blink Crest brought up his hands, breaking the hold.  Jax found himself up against the wall, Crest in total control.

“I’m going to release you and you’re going to listen, because Emily’s life depends on it.”  Crest’s voice never wavered, instead remaining calm and cool like his demeanor.  That caused Jax to feel even more rage, but he bottled it quickly, knowing Crest had the upper hand at the moment.  Jax relaxed his muscles, leaning his weight on the wall.  He could play this game with the best of them.  Crest continued to speak.  “I know this looks bad, Jax, but she had good reason for what she did.”

“Just like you had good reason to keep it from me?” Jax asked, unable to keep all of his fury contained.  He remained as still as Crest, relaxed in his hold, and waited until the man took a step back.  Jax wiped the back of his hand over his mouth, unable to believe this was really happening.  Disloyalty was something he couldn’t tolerate.  He thought Crest held the same morals, but apparently not.  “Nothing will ever make that right, Top.”

Jax had purposefully used the nickname that grunts used in reference to Master Sergeants in the Marines.  He wanted — no, needed — to drill into Crest what an intimate betrayal this was.  He personally had never called Gavin Crest by the nickname that Connor seemed to use like a minion did to a god.  He understood his friend’s need to be grateful to Crest for giving them a chance to live their lives as a normal civilian, but Jax felt like he’d repaid his debt tenfold.  He did his job and he did it well.  No one could ask for more.

Connor had repeatedly said that Jax had changed on their last combat tour.  Emily’s absence from his life had done that to him and made him realize what a person went through when people were ripped away.  Switching his gaze to the woman he would have laid his life down for made him understand that her death would have been easier to accept.  Her perfidy and deceit was just too much.

“Jax, I didn’t know until a month ago,” Crest explained.  He took another step back, as if unsure how Jax would react, before slowly moving to stand in front of his desk.  He loosened his tie and then made sure his cuff links were still in place.  Jax couldn’t bring himself to look Emily in the eye and instead concentrated on Crest.  She disgusted him and the only way he was going to get through this was if he listened to what Crest had to say and then left for his flight out of the country.  He wanted to be anywhere but here.  Crest motioned to the other man.  “This is Schultz Jessalyn, Special Assistant to the National Security Advisor.”

Jax ignored the man who still stood on the other side of the room.  There was no need for introductions, regardless of this man’s position.  He could be the fucking Pope and Jax wouldn’t have cared.  Not wanting to appear anything else but bored with this conversation, Jax stepped forward and crossed his arms.  The faster he dealt with this the sooner he could leave.

“I have a flight to catch,” Jax said, keeping his tone even.  He thought about quitting, handing in his resignation right here and now, but the assignment that would take him around the world and away from the duplicity that was filling up this room sounded even better.  “Don’t worry, Crest.  I’ll do my job.”

“Jessie is on her way in,” Crest said, as if Jax hadn’t spoken.  His dark green eyes zeroed in on Jax. “She’s going to change your flight information over to Lach.  He’s taking the overseas assignment.  I need you here.  Emily needs you here.”

Jax ground his teeth together to prevent himself from saying they could all go fuck themselves, but something held him back.  Even though it felt like he was roasting his entire body over excruciatingly hot flames, he forced himself to really look at Emily.  She’d dyed her dark brown hair to a light blonde, although she had left the length that he used to love to play with and still dreamed about.  She was slightly thinner than he remembered, but he could find no sympathy that she might have stressed over the choices that she’d made.  Her athletic build was still there, although slightly less obvious.  There were shadows underneath her blue eyes and her skin had taken on a pale pallor, yet still he could feel their enduring connection.  A mental barrier shifted into place, blocking out any emotion that may have lingered.  Emily had no idea the hell she was putting him through but he immediately had closure that he hadn’t before.  She was deader to him now more than ever.  That switch was thrown.

“She made her choice.”  Jax turned on the heel of his boot and walked to the door.  He changed his mind on quitting.  “You’ll have my resignation on your desk by the end of the day.”

First and foremost, I love life.  I love that I’m a wife, mother, daughter, sister…and a writer.

I am one of the lucky women in this world who gets to do what makes them happy.  As long as I have a cup of coffee (maybe two or three) and my laptop, the stories evolve themselves and I try to do them justice.  I draw my inspiration from a retired Marine Master Sergeant that swept me off of my feet and has drawn me into a world that fulfills all of my deepest and darkest desires.  Erotic romance, military men, intrigue, with a little bit of kinky chili pepper (his recipe), fill my head and there is nothing more satisfying than making the hero and heroine fulfill their destinies.

Thank you for having joined me on their journeys…

Amelia Swan is Hot and Cold