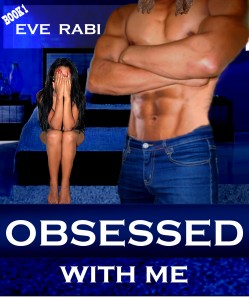 Tarago Jakobus was 6’4”, intelligent, extremely wealthy with a Midas touch. He was also openly racist, politically incorrect and a chauvinistic pig who told offensive jokes. He loved to party and was used to women vying for his attention. So when his eyes fell on Tanin, he expected her to just melt into his bed and be grateful that he even looked her way.

To his utter surprise, she was totally unimpressed with his wealth, thought he was an uneducated buffoon and publicly rejected him. Of course he was shocked and humiliated by her response.

But no woman had ever turned Tarago down before, and he found her fascinating. He became obsessed with her and decided to win her over his way – destroy all that is precious to her, so that she would have no choice but to need him. If that didn’t work, he’d switch to plan ‘B’ – take away her freedom and throw her ass in jail. And being the absolute bastard that he was, he did.

Obsessed With Me is a modern-day love story. 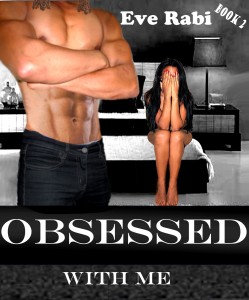 I’m shaking so much, I can barely fasten my seat belt.

He swivels to look at me. “Shut your foking mouth before I hit you!” he hisses.

I close my eyes and clam up.

We drive, shrouded in menacing silence. I keep my eyes averted and try to steady my breathing. How the hell did he know where I was? Somebody tipped him off. But who?

When we arrive at the mansion, ignoring staff and his friends, he grabs my elbow and almost drags me into my bedroom. There he opens my closet and shoves me into it. “Pack your things. You are going home.”

I jerk back, terrified at his wrath.

He starts to pace. “That is a deal breaker,” he says in Afrikaans. “I warned you never to see him. Did I not?”

I run my hands slowly across my face. If only he’d let me talk.

As he paces, he play with his fingers. I decide to let him cool down before I can talk to him. I had no idea Tarago could go so crazy. This is so unlike the man I’ve known for almost ten months.

Suddenly, he stops and drops his arms. “Why? After all he did to you? Why?” His eyes are glassy, his voice his thick. “You are married to me; doesn’t that mean anything to you? He’s married and you’re kissing him?

Eve Rabi lives in Sydney Australia, but she hails from South Africa. She is the author of 20 modern-day love stories and is known for her kick-ass leading ladies, her alpha males and her ability to make you laugh and make you cry while falling in love.  Eve is currently single and is looking for a man who resembles George Clooney (the young one, not the grey one). He must also have the abs of Channing Tatum and the sense of humor of Johnny Depp. If he doesn’t have all these prerequisites, he must be willing to undergo plastic surgery to look like George (at his own expense, so he must also be loaded) and endure rigorous physical training on a daily basis to acquire a six pack. Or have ab implants, she’s not fussy.

And most importantly, since Eve hates shallow people, he must accept her for who she is.

Buy link for Obsessed with Me:

(This is a two-part series and neither books are stand alone. Both books are currently available for purchasing) 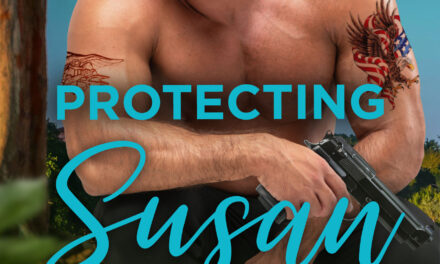 I love to base my characters on real people.