Desiree's Place > General > A pinch of Decadence from the Spice Rack

One randomly chosen commenter will receive a digital copy of his/her choice from Karen’s backlist.

A book in the Spice Rack series.

In eight years of marriage, Eric Carlson has never forgotten to kiss his wife Jessica goodbye—until this morning. As Jessica runs her errands, all she can think about is the missing kiss. When Eric calls to tell her he thinks he left the toaster oven on, she rushes home, annoyed and afraid her house may be burning down. Instead of smoke and flames she finds Eric, looking hot and sexy as hell as he prepares fresh waffles.

Eric knows he and Jessica have been drifting apart. He’s bought the hot new product everyone’s talking about—the Spice Rack, guaranteed to spice up your love life. The jar he opens advises them to “Spend a decadent day indulging all your senses.” With the whole day ahead of them, a fridge full of tempting treats and the house to themselves for a change, that’s exactly what Eric intends to do—in the kitchen, on the washing machine, wherever the mood strikes. And Jessica’s got a super-steamy surprise for him too.

He didn’t even kiss me goodbye. Jessica knew it was silly to get upset over something so minor, but she couldn’t help it. In the eight years they’d been married, she couldn’t remember another morning when Eric had forgone the farewell kiss. Sure, the kids were running amok, a sea of backpacks and lunchboxes, but that was normal. Eric saying goodbye with a wave was not.

“See you later.” He’d thrown her his trademark sexy grin. She’d stood still for a few seconds, holding the door open as the kids piled out of the house, waiting. And…nothing.

While queued in the drop-off line at the elementary school, she flipped open the vanity mirror. She didn’t look like a beauty queen but at least she’d showered. Her skin was clear, her cheeks even a bit rosy from gardening the day before. She grimaced. I should have brushed my hair. Dark hair, wavy and out of control, pulled into a loose ponytail paired with t-shirt and yoga pants. I look like a teenager. Not exactly sexy. Frowning at her reflection, she heard the car behind her honk.

“Mom, pull up, it’s our turn.” Timmy, though only seven, had been a backseat driver for nearly five years.

“Sorry.” She inched the car toward the orange drop-off cone and stopped. “Have a good day, guys. I love you.”

“Love you too, mom,” the chorus of three came from the backseat as they scrambled out the door.

Taking a last quick glance in the mirror, she snapped it shut and eased back into the parking lot. As she was about to turn onto the main road, her cell rang. XXXXX, Eric’s ringtone. She fumbled in her purse and slid the purple case open. Holding the phone to her ear with her shoulder, she pulled onto the street, not wanting to get beeped at a second time this morning.

Sighing, Jessica shifted to keep the phone in place as she changed lanes. “What’s up?”

“I know you said you were going to the grocery store, but I need you to stop home first. I think I may have left the toaster oven on.”

“I’ve got a really important meeting this morning. I need you to do it. Please?” She could hear the smile in his voice. The charming, irresistible smile to which she’d never been able to say no.

“Fine.” Even if you didn’t bother to kiss me this morning.

Did he just chuckle?

She hung up and tossed the phone back into her purse. Great. Now I have to go all the way home, which means I won’t get to the store for another hour. Not that it was a huge deal. With all three boys in school this year she had her days to herself. She’d been looking forward to that for years, but it wasn’t as fun and freeing as she’d expected. All the same responsibilities were there. The house still needed to be cleaned, dinner still needed to be made, laundry was always piling up. And she always had a stack of work on her desk. Freelance graphic design was the perfect work-from-home job and she could do it any time of day or night, but lately she felt as though everything was getting away from her. Somehow she’d had more structure to her days when the kids were home than she managed to have with them in school all day.

As she turned onto her block she couldn’t help but look for signs of smoke pouring from her windows. God, I hope he didn’t really leave the toaster oven on. What the hell was he even using the toaster oven for? Eric ate cereal for breakfast, though now that she thought about it she hadn’t seen him pour himself a bowl this morning. She’d been too distracted by the fact that he was wearing only pajama pants as he plodded around the kitchen. She’d been so busy the past few weeks with back-to-school shopping and beginning-of-term projects they’d barely spent any time together. Seeing him bare chested, hair tousled from bed, reminded her that it had been a while. Too long. Her stomach fluttered from a combination of longing for Eric and fear that her house might be burning.

Jessica slammed the door of the minivan shut, breathing in deeply to see if she could catch any hint of smoke in the air. Nothing. As she opened the front door, another scent greeted her instead. The incredibly delightful aroma of…waffles. Why does the house smell like waffles? She rounded the corner into the kitchen and saw the waffle maker on the counter with Eric poised before it, faded jeans slung low on his narrow hips, a t-shirt clinging to his muscular back, dark hair still damp from a shower hanging loosely into his eyes. A wave of heat washed over her, settling between her legs. Her mouth watered from thoughts of more than just a bite of the waffle Eric was lifting out of the grates.

“Perfect timing,” he said, grinning so wide the dimples on his cheeks were positively cavernous. Blue eyes twinkled at her, full of mischief.

“What are you doing?” She tossed her purse onto the counter, mystified.

“Celebrating Mother’s Day.” He plucked a strawberry out of the colander in the sink, swirled it in a bowl of what appeared to be freshly whipped cream, and approached.

“Mother’s Day is in May. It’s October fifteenth.”

“I know.” He held the plump red berry close enough that she felt the gentle brush of cream melting against her lips. “I was thinking it was something we should celebrate more than once a year.”

She curled her tongue around the cream-covered berry and gave a quick suck before biting off a piece.

The moan Eric emitted sent a tremor rolling down her body, making her knees weak. His lips were on hers before she finished chewing. The sweetness of his velvety tongue blended perfectly with the fruit and cream. This was already better than any Mother’s Day she could recall.

Karen Stivali is a prolific writer, compulsive baker and chocoholic with a penchant for books, movies and fictional British men. When she’s not writing, she can be found cooking extravagant meals and serving them to family and friends, who never seem to mind the excessive quantities she tends to prepare. She attributes her ability to multitask to the fact that she rarely sleeps, which gives her more hours every day. Prior to deciding to write full time Karen worked as a hand drawn animator, a clinical therapist, and held various food-related jobs ranging from waitress to specialty cake maker. Planning elaborate parties and fundraisers takes up what’s left of her time and sanity.

Her works of women’s fiction, Meant To Be, and its sequel, Holding On, (published by Turquoise Morning Press in August and November 2012, respectively) both made the Best of 2012 list at Literati Literature Lovers.

Karen’s contemporary romances Then, Again (May 2013) and Leave the Lights On (coming November 2013) are published with Samhain publishing.

To learn more about Karen you can visit her website karenstivali.com where she blogs original recipes, sassy commentary on The Bachelor, and tidbits about her journey in the writing world. Karen can also be found attempting witty banter on Twitter
Tweets by karenstivali 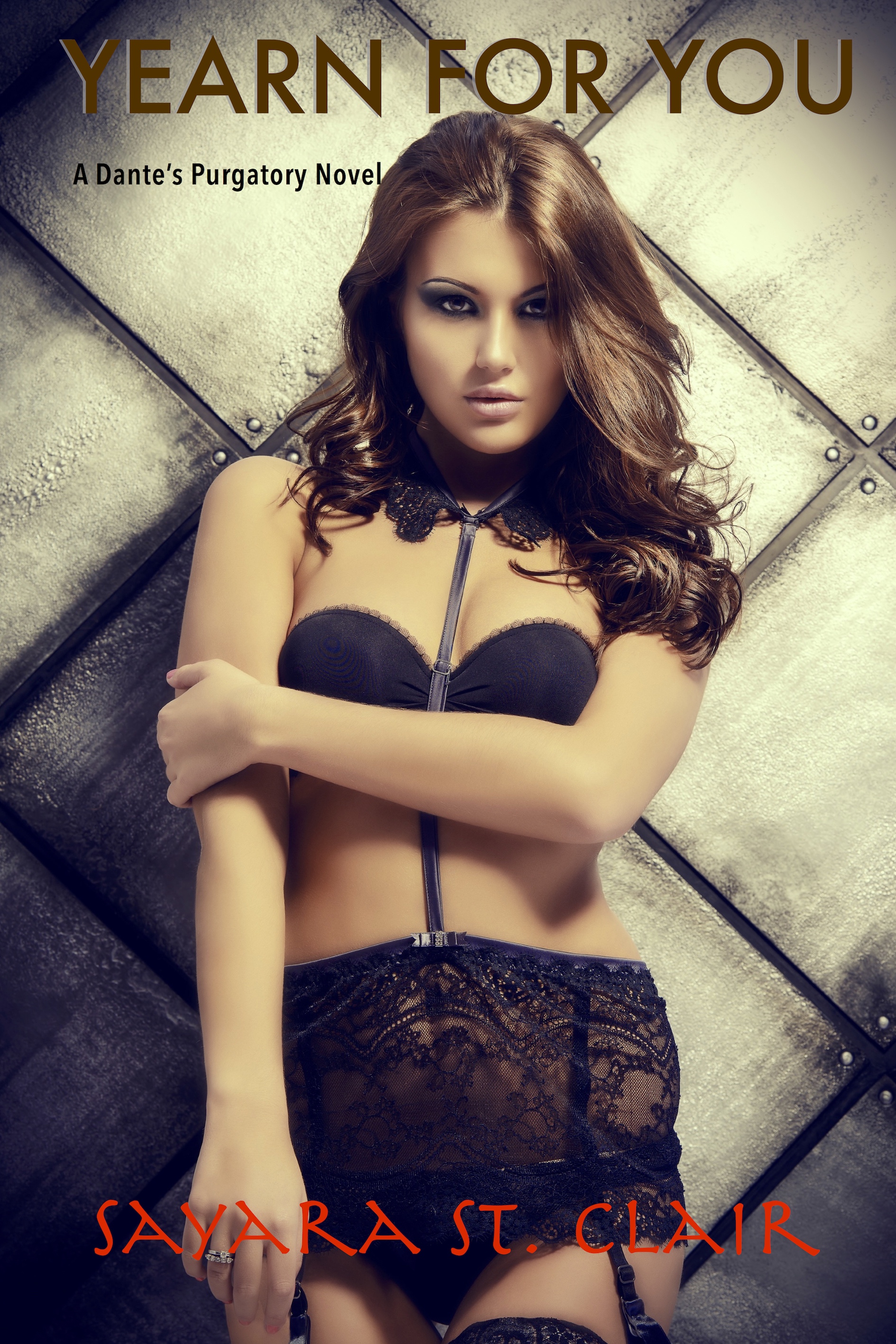