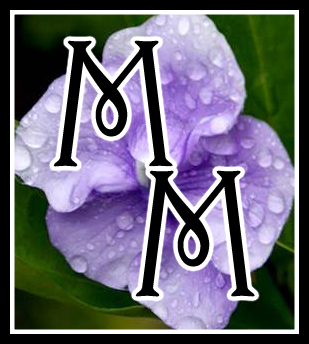 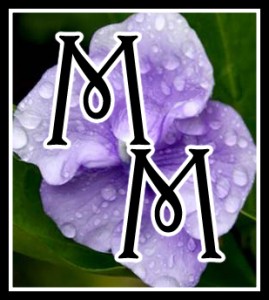 His Passion, Her Temptation by Malia Mallory

His Need, Her Desire (Book 1) is currently FREE at most retail outlets. 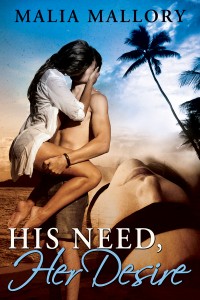 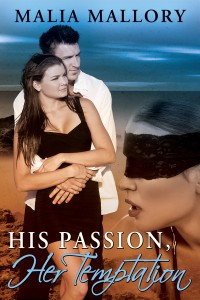 His Passion, Her Temptation Blurb

Granger Pharma executive Monica Granger is hiding her relationship from her family. She has to. Her lover is the son of her father’s biggest business rival. Ben Coron is more than Monica can resist; he’s everything she’s ever wanted—including dominant in bed.

But when Coron Health makes a play for Granger Pharma, Monica’s relationship—and her life—blow wide open. She loses her job, and her family rejects her. Someone’s stealing Granger’s vital trade secrets, and worse, Monica’s brother is dodging attempts on his life.

Their passion is too strong to keep Monica and Ben apart for long. They must thwart the takeover and heal the rift between their families. If they don’t, they’ll never trust one another enough to pursue the dominance and submission they both need.

His Passion, Her Temptation Excerpt

“So, do you want to eat now … or later?” Monica’s smile turned seductive.

“Well, I think I might need you first.” His hand reached to touch the silkiness of her hair.

“I agree. Food can wait.” Monica pulled his head down and kissed him, greedy to taste his lips.

Without breaking the kiss, Ben guided her out of the hallway into the living room.

Monica slipped her finger under the edge of his collar. “You know, it doesn’t seem fair that you get to call all the shots.”

“Oh? I call all the shots?” Ben’s hands roamed to her rear and squeezed.

“Yes … you decide when and how …” Monica licked the edge of his lip.

“One, that isn’t quite true, and two, I haven’t heard you complaining.” He gave her a playful pinch on the ass.

“Oh no, I’m not complaining.” Her hand moved to the front of his pants, cupping him.

“Then what?” His hands slid down to the back of her thighs.

“I thought it might be fun to … try a little something else.” She rubbed him through the fabric of his pants.

“What did you have in mind?” Ben swept his hands up her back and tangled his fingers in her hair.

Monica tilted her head back. “Do you recall that night before I left for Hawaii?”

“I do believe it is burned into my memory.”

“Sometimes I wonder if it wouldn’t be interesting to reverse things.” Monica observed his face for a reaction.

“Oh yes.” Her finger laid a trail down the front of his chest. “You,” she poked him gently, “would do as I say.”

“I see. Are you finding you have a dominant streak?” he teased.

“I’m not sure, but I have a desire to find out.” The thought of taking charge appealed to Monica, not all the time, but perhaps occasionally.

“I hoped you’d think so.” Monica walked around him, patting his ass with her palm.

“How would you start?”

“I’d tell you to disrobe for my viewing pleasure.” Monica enjoyed looking at the hard planes of Ben’s body, so different from her own curves.

“Oh, yes.” Monica crossed the few steps to the seating area and settled herself into an upholstered chair.

Ben approached Monica and then turned his back toward her. He loosened his tie and pulled it free, tossing it over his shoulder in Monica’s direction before unbuttoning his shirt and letting the fabric fall to the floor. He turned slightly and caught her eye. Monica flushed under his wicked gaze.

His Passion, Her Temptation is available for preview and purchase at the following online retailers.

This month I’m part of the Insatiable Reads Book Tour, where the hottest authors in romance debut their sizzling new reads! We’re touring the web and awarding prizes the whole month of July.

To enter giveaways and meet the other writers, follow us at:

Malia Mallory lives in Hawaii with her husband and daughter. She’s been working with words since alphabet blocks rolled into her crib, not only writing her own work but copy editing and proofreading the work of others. She has loved to read about relationships since she first sneaked off with her mother’s Harlequin.

For a free copy of B is for Beach from The ABCs of Erotica, head to her website and sign up for the newsletter.

Beauty and the Beast – Goddess Fish

Wat can four former SEALS do with a lottery super jackpot and black ops experience?