A huge Desire Me Only welcome to Denise Golinowski and her release, Collector’s Item.

I know everyone asks this but why did you decide to write romance?

I’ve read romance ever since I was a teenager. When my sister was using her babysitting money to buy clothes (she’s the fashionista in our family), I spend every penny buying books. I loved Barbara Cartland and Georgette Heyer. When I began writing again, I leaned toward fantasy, but discovered that every story had an element of romance. Finally, I surrendered to the inevitable—writing stories that always include a touch of romance, hence my tagline: Fantasy With A Kiss Of Romance.

The hardest thing was laying to rest the devil that put an end to my writing in the beginning. I’d received well-intended, but poorly couched criticism of my writing by “an authority” and chucked it all for a bad bet. Then in 2000, I decided it was time to get serious and find out if I truly could write, which required putting my words in front of other people and letting them tell me what they thought. Criticism, the blessing and bane of every writer’s life. It’s a scary thing to lay the words into which you’ve poured heart, soul, sweat, and tears in front of someone else to read and dissect. In the process, I’ve come to appreciate the benefits of a deftly wielded red pen, cutting out the fat, slicing through purple prose, and sculpting my writing into something worth presenting to editors and readers.

Worldbuilding. Since I write fantasy and paranormal, I have to build worlds for my characters to inhabit and experience. Even contemporary paranormal requires worldbuilding as you try to make the paranormal work in the normal world. Fantasy gives me more freedom, but I enjoyed the background development for Collector’s Item and its world with paranormals living openly among the humans. Not only living openly, but having legal systems, medical facilities, and an accepted political presence.

My first manuscript was every bit the dreaded “first” and possessed all the to-be-expected clichés and mistakes one could imagine. However, I learned a lot. The first “publishable” manuscript was for The Festival of The Flowers: The Courtesan and The Scholar and it took about a year to write. This fantasy romance sprang from the idea of a siren who learns to control, and deny, her powers of seduction by becoming a courtesan. I threw in a curse, a man who had also fallen from grace in the eyes of society, and a Mardi Gras-like festival, stirred them up well and The Wild Rose Press liked it.

I am a member of the Virginia Romance Writers, a chapter of the RWA, and I’d heard The Wild Rose Press was asking for submissions. Several members of the chapter had been published by TWRP, so I felt comfortable with their reputation. (Yes, I was that new to it all) Since I was trying to find places to send The Festival, I took a shot at the call. I’m so glad I did. When I got the acceptance email, I was at work. I sat there in my office trying to maintain some semblance of professional behavior while wanting to make all kinds of joyful sounds unbecoming to a woman of a certain age. Once I was in control, I called everyone I knew.

My characters are completely unique. I don’t base them on any real people, though there are some real people who closely resemble my characters. As for places? Well, I mentioned that The Festival involves a Mardi Gras-like festival and it is also placed in a city that is intended to resemble Venice without the canals. Collector’s Item takes place in NYC and outside of Charlottesville, VA. My current WIP, Aces Down is placed in a fictional town in the silver country of Colorado, near Leadville.

What gets you in the mood to write?

I’m always in the mood to write. Unfortunately, life doesn’t always provide me the time I’d prefer to dedicate to writing. I’m always pondering this or that story fragment even when I’m away from my computer. When I do sit down, I like to have music playing in the background, but once I get going, it becomes so much white noise. Just give me some open time and a computer, and I’m off!

Where do you see yourself 5 years from now? 10 years?

Those are the questions I hated to be asked in job interviews! Life is so random and changeable that I find it impossible to say with any conviction that this course or that will play out as planned. As a hypothetical, in five years, I’d like to see myself producing two or three books a year. In ten years, perhaps I’d love to have enough of a backlist that I could cut back or cut out working. Then I could sit on the beach at my Nags Head cottage or the deck of my Shenandoah Valley hideaway and write from sun-up to sun-down. Okay, better reel myself in a bit. I just know that in 5-10 years I’ll still be writing for the sheer joy of it.

What do you enjoy most about being an author?

Well, aside from the shallow thrill of seeing my name in print, I most enjoy hearing that people enjoyed reading the stories I created. It’s a wonderful honor to have someone tell me that they loved my characters and their worlds. Feeling that my stories entertained folks the way my favorite authors’ books have entertained me is something that never gets old. 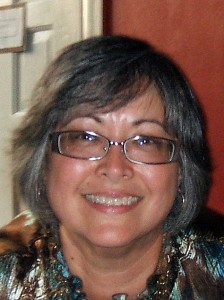 Favorite music – anything I can dance to

Favorite movie – Gone With The Wind

If you could be stranded with a movie or television star who would you pick? Crumb, I was doing good until this one! Jeez. Okay, I’ll go with Julie Andrews. Amazing talent.

If someone played you in a movie who would it be and why? “Why” would be the biggest question I’d ask them! Man, I though the last one was hard! Janeane Garofalo probably, because, in my mind, she looks the most like me. Also, because The Truth About Cats & Dogs is one of my favs with The Matchmaker a close second.

And now a taste of the book:

Alpha were-jaguar, Katarina “KT” Marant is trained to protect the pride so when her aunt disappears, KT naturally takes up the hunt. Her suspicion settles on the Collectors, humans who view shapeshifters as the ultimate big game.

Peyton Allers can’t believe he’s got to blow his cover to rescue a shapeshifter “princess.” Even harder to believe is that she wants to stage her own kidnapping in order to catch the leader of the Collectors and find her aunt.

Everything goes sideways when KT is kidnapped for real and by someone she never suspected. Will Peyton find her before time runs out? Or will she become a true Collector’s Item?

And here’s where you can buy it: 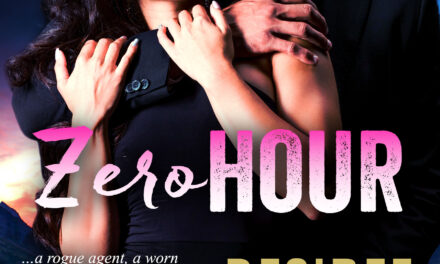