Is it Too Hot to Handle for you?

From the pen of the very talented Samantha Cayto comes another emotional story of an alpha male facing physical and emotional challenges. This one will draw you in from the first sentence. It’s a Must Read.

Former military man Sean is winning his battle with PTSD and ready for a new challenge. Zoë is a hot-blooded Greek whose ultimate fantasy is sex with a younger man. She secretly wants one who will dominate her in bed too. Never one to back down from a challenge, Sean reports for duty. He wasn’t looking for an older woman, but Zoë breaks all of his rules. She makes his body sizzle even as she salves his emotional wounds. Their time together isn’t supposed to lead to forever. But once Sean gets a taste of Zoë, he’s determined to convince her that retreat is not an option.

Zoë’s mother always said Greeks were particularly good at splitting their concentration, and while half her brain focused on her phone conversation with her supplier, the other half, the more primitive half, pictured her hands running down the hard planes of the gorgeous body standing in her doorway. It wasn’t difficult, the fantasy part. The young man stood with legs braced apart and hands jammed inside the front pockets of his khaki pants. There was nothing remotely suggestive about his clothing, yet his polo shirt clung to sculpted abs and pecs in ways that left her with plenty of bad ideas. Really bad ideas.

This guy was here for a job interview. She had scheduled the meeting herself and had told him to come in when he knocked moments ago, but she had pictured someone entirely different. She was hiring him for a temporary job as a dishwasher as a favor for her long-time customer, Grace McKinnon. According to Grace, the poor guy had been in a psychiatric ward a few months back dealing with PTSD. He was a vet and a friend of Grace’s boyfriend and needed help getting back on his feet. Zoë needed someone to help out while her regular dishwasher, Diego, recovered from a broken arm. Problems solved.

Yeah, except she wasn’t sure what she had expected, maybe some skinny kid with the shakes from nervous energy. And yes, that was an awful stereotype. It was simply when Grace had mentioned Sean Conroy for the job, Zoë’s first thought had been Oh, that poor boy! He had served his country, kept her ass and everyone else’s safe and needed some help. Of course she would hire him. It was the least she could do. She hadn’t in her wildest dreams expected that her good citizen project would turn out to be the actual guy from her wildest dreams.

This was him, the hot, young stud she dreamed of just about every goddamn night. Square-jawed, tall and built yet not muscle-bound. He had an intense and confident gaze. His reddish-blond hair was cut short, a buzz growing out. She couldn’t quite make out his eye color and guessed green because it would be the right color for him. Oh yes, he was the perfect man for her to try out her younger man fantasy. Except maybe not. Lusting after an employee, especially one who was trying to get his emotional shit back together, had to violate some legal or moral code.

Zoë tore her gaze from temptation. “I’ll take ten boxes,” she said into the phone, cutting her supplier off mid-pitch.

“Ten?” The guy could barely keep the glee from his voice. She normally ordered only five.

Damnation. “You heard me.” Zoë hung up and stood. She plastered the most motherly and least predatory smile she could on her face. “Sean, right? Sorry to keep you waiting. Come in and have a seat.”

“Thank you, ma’am,” the man, boy, boy, boy, replied then stepped inside her office and turned to shut her door.

“That’s okay, you can keep it open,” Zoë rushed to tell him. The room wasn’t that big and the temperature had already started to climb with the addition of his ripped body.

He nodded and sat down, the old wooden chair groaning a bit under his weight. He frowned and glanced down at the legs before looking back at her. “Thank you for seeing me, ma’am. From what Grace said, it sounds like you and I would be a good fit.” He paused, winced. “I mean my taking the temporary position before I start school would be a good fit.”

Zoë sat and leaned back in her chair, faking a nonchalance she didn’t really feel. Her body was revved up, nipples and clit tingling in very inappropriate ways given the circumstances. Her gaze wanted to linger over his muscles, drift down to his lap to see how well he filled out those pants of his. She made herself look into his eyes instead. There she saw a hint of vulnerability behind the confidence and realized he must be a little nervous. Grace had said Sean hadn’t worked in almost a year, since getting out of the army. He was trying to get his life back on track and even a temporary job would help him do that. The reminder of his situation helped Zoë get rid of the more salacious thoughts.

She smiled. “I’ve known Grace for years. Being so close to the hospital, this diner feeds a lot of medical staff. I mentioned to her the other night how I needed a temporary replacement for one of my dishwashers. He broke his arm three days ago and Grace said it would take about six weeks to heal. I need someone to fill in for him until then. With this economy, I know if I put an ad up on craigslist, I’d have dozens of applicants desperate for a permanent job. I’m glad you’re looking for something temporary. It’s a good fit for both of us.”

“It’s nice of you to keep the job open for this guy.” Sean gave her a slight smile and the small movement transformed him from ruggedly handsome to downright gorgeous.

Zoë swallowed hard and took a sip of her coffee before answering. “This is a family diner and we treat everyone like family even when they’re not. There was never any question about firing Diego. He’ll be here most days doing what he can. He’s here now and can show you the ropes as soon as we fill out the forms that make Uncle Sam and the Commonwealth happy. Grace said you were in the army, so I’m sure you’re familiar with paperwork,” she added, picking up the pile she had waiting on her desk.

He rubbed his hands along the tops of his thighs, drawing her attention once more to the solidness of his body. It was a nervous gesture though. She needed to remember his vulnerability and forget his fuckability. Standing up, she bent across her desk and handed him the forms on a clipboard with a pen.

He leaned forward and stretched a powerful arm to meet her halfway. His gaze dipped down to the clipboard, but when she released it, he didn’t pull it back right away. Instead he remained as he was for a few seconds. It took her a moment to realize he wasn’t looking at what he held so much as past it. That path led right to her chest and it was then she remembered she wore a snug v-neck t-shirt. As well-endowed as nature had made her, finding modest shirts that did not make her look dowdy too was tough. Given her position, the girls had to be on some kind of display. Normally she wouldn’t give it much thought while at work. This was not normally. She rocked slowly back into her chair, resisting the urge to see how much of a show she had put on.

Sean blinked, coughed and swallowed hard before he dragged the clipboard to his lap. “Thanks.”

Excellent, way to go, Conroy. The first woman in forever to make your body stand up and take notice and you end up staring at her boobs like a geeky teenager. Women love it when they catch guys doing that.

It had been impossible to look away, however. The worn cotton of her tee molded to her breasts and displayed every curve. Plus, when she leaned over, silky plump skin had spilled out over the top. Any straight man would have looked, although a sensible, experienced man would have done it less obviously. He was out of practice, that was his problem. Disgusted with himself, both nervous and grateful to have a job—however temporary—finally come his way and, oh yeah, hard like the proverbial rock, Sean filled out the form.

“Grace told me you start mechanics classes in the fall.”

Sean stopped writing and looked up at Zoë Contos. She sat in her chair watching him with a cheerful look. Her question was probably just polite small talk, but he looked for hidden meaning. When not distracted by her bodacious breasts—and man were they ever a distraction—he could see kindness in her beautiful eyes. But did they hold pity too? Christ, he hated that. For as long as he could remember, women had looked at him, a lot. He had seen admiration, adoration, lust and sometimes anger peering out at him. He could handle any of that easily enough, but pity? Jesus. He was done feeling sorry for himself and wanted others to be done with it. He had seen the look too much in women’s eyes—the doctors, nurses, relatives and his mother’s friends. It said they saw him as some little boy lost and all they wanted to do was wrap him in their arms and make it all better. 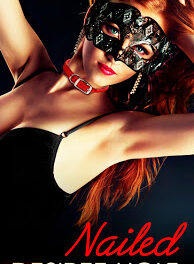 #feeltheheat The carpenter got NAILED! 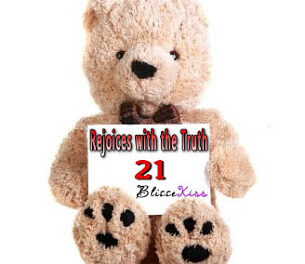