I know everyone asks this but why did you decide to write romance?
There was never any question that I’d write romance, other genres didn’t even enter my mind!  I’ve been reading Mills & Boon since I was a teenager and have rarely strayed outside romance reading-wise, so romance it was!
What was the hardest thing you had to do when you started?
Figure out the publishing industry.  Now, after six years, it still perplexes me!
What was the easiest thing?
Write stories.  I’ve always enjoyed it.
How long did it take you to finish your first manuscript and where did the idea come from?
My first manuscript took about five months to write.  It was a romantic suspense called Running Scared.  I don’t remember now if the idea came from anywhere in particular.  Its about a gemologist who gets in trouble when civil war breaks out in Laos and gets dragged along by the hero as he too tries to get to safety (he doesn’t literally drag her!).
Tell me about your first contract?

Having had some good feedback from some contests I subbed Running Scared to a new startup e-publisher called Samhain Publishing.  Everyone told me that e-books were a waste of time, but I liked the idea, so I went for it.  A few weeks later a contract appeared in my inbox. I’d had my second daughter just days before, and had to figure out this new world of editors and publishers all with a newborn who never slept!
Do you base any of your stories on real people or places or events?
Yes and no.  I do a lot of research so there is always a grain of truth in my stories.  But it gets twisted and turned and edited, so I’d never claim that anything is ‘based on real life events.’
What gets you in the mood to write?
Mostly its habit and the pressure of deadlines more than mood.  But if I’m really not feeling like it, then music always helps.  I usually pick music that matches the scene I’m writing (eg Adele for heartbreak)
Where do you see yourself 5 years from now? 10 years?
Five years from now I hope I’m still writing and still being published, and the same for 10 years.
What do you enjoy most about being an author?
Writing.  I love to write.
Okay, quick fun questions:
Favorite ice cream
Coconut
Favorite music
Anything, depends, don’t have a favorite!
Favorite movie
Dr Zivago
Favorite time to write
During the day
If you could be stranded with a movie or television star who would you pick?
Bear Grylls – then I’d know we’d get out alive
If someone played you in a movie who would it be and why?
Gwyneth Paltrow!  Because if I stopped sitting in front of my computer and eating white chocolate, and grew a few inches, I’d totally* look exactly like her.
*Totally = possibly
Wow! They were fun J  Thanks for having me! 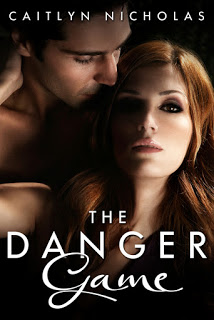 Flick likes computers. She’s good with them, and they do what she tells them, mostly. People, however, are more of a challenge.
But when a terrifyingly dangerous program is stolen, and her mentor killed, Flick finds herself on the run. The police are convinced she’s committed murder, and a sinister weapons developer will stop at nothing to force her to work for him.
In Ben’s line of work being suspicious keeps you alive. So when Flick turns to him, he quickly realises that she’s up to her neck in trouble and hasn’t fully grasped the danger she is in.
First he has to keep her safe, and then, together, they have to figure out how to save the world from an epic meltdown.
Excerpt:
.
“It’s your last chance with the Vice Chancellor.”
“I said I’d be there.” Flick didn’t bother to hide her irritation. “I just won the man a million dollar grant, what more does he want?”
“Your bubbly and fun personality?” There was amusement beneath Andy’s sarcasm.
Flick snorted. “All right. Okay. I’m leaving now.” She growled the words, and hit the off-button on her phone.
They both knew she lied.
She dropped the phone onto the desk. Then, scowling, she clicked on the icon that’d run the Bellona program.  It crashed instantly, and took the computer with it.
“Awesome.”  She threw herself back into her chair and stared at the ceiling panels, running the changes she’d made to the code through her mind.  Realizing it’d be a waste of time to unpick what she’d done, Flick rebooted her computer and went in search of a clean copy of the program on the backup server.
There were two versions. Usually they only kept one, but she thought nothing of it, and after saving a copy to her hard drive, she opened it up.
She scanned quickly through the code, looking for the section she’d been working on, so preoccupied with figuring out how to manipulate it into doing what she wanted, she nearly missed the strange command, her eye travelled straight past it. But then she hesitated, and went back to the unusual group of letters.  They hadn’t been there before.
A logic bomb? Some little joke Andy was playing?
She ran the command and it brought up a whole section of Bellona that she’d never seen before.
“Bloody hell -” For a moment she simply stared at the screen.
It was no joke.
********
You can find me online at: http://www.caitlynnicholas.com
My blog: http://www.caitlynnicholas.blogspot.com
Twitter: http://twitter.com/CaitlynNicholas
Fb: https://www.facebook.com/CaitlynNicholasAuthor
Google plus: https://plus.google.com/u/0/105412279044420141735/
Goodreads: http://www.goodreads.com/author/show/783424.Caitlyn_Nicholas
Buy links
Amazon http://www.amazon.com/The-Danger-Game-ebook/dp/B00AK3GTTI/
Amazon UK http://www.amazon.co.uk/The-Danger-Game-ebook/dp/B00AK3GTTI/
Kobo http://www.kobobooks.com/ebook/THE-DANGER-GAME/book-4CHaOFNh70yB3UeAWKA7lg/page1.html?s=shBHL7QvTEeR0uGd3fnOsA&r=1
Nook http://www.barnesandnoble.com/w/the-danger-game-nicholas-caitlyn/1114588729?ean=9780857990105
Ibookstore https://itunes.apple.com/us/book/the-danger-game/id585508156?mt=11
Or on Goodreads http://www.goodreads.com/book/show/16280752-the-danger-game