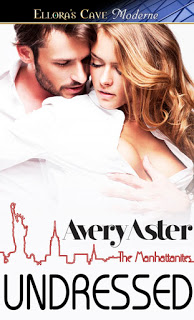 Welcome Avery Aster and her newest release, Undressed
Book 1 in The Manhattanites series.
Avery will be awarding a 6-month membership to Dylan’s Candy Bar Candy of the month Club to one randomly drawn commenter. In the novel, the heroine makes herself Fuck-it Buckets which are candy filled buckets from Dylan’s Candy bar (or any candy store) when she’s stressed out.

BLURB:
Milan’s notorious playboy, Prince Tittoni, seems to have everything—Lamborghinis, exotic women, palaces throughout Europe and business success. Ramping up his fabric company to go global with a new apparel brand, he ruthlessly stops supplying fabrics to the American client who inspired the collection. But once they meet, what’s he willing to give to get her in his bed?
Upper East Side designer Lex Easton has already endured her fair share of hard knocks. She’ll be damned if she’ll let an Italian stud muffin knock her down. So what if she named her favorite vibrator after him? With Fashion Week approaching, she’ll do whatever it takes to secure the fabrics she needs to make her clothing line an international success—even sleep with her rival.
Lex’s Louboutins are dug in deep to win this war. All’s fair in love and fashion!
Inside Scoop: Though the hero and heroine remain monogamous, their Prada-wearing friends indulge in a ménage a trois and other fashionable sexual fun and games.
EXCERPT:
Cupping her hands around her eyes, she pressed her face to the window to see a tiny cockpit. “Where’s the pilot?”
“Right here.” He held out the keys, walking around the plane’s right side, smirking, and posing as Indiana Jones on the last crusade. She hoped they weren’t heading toward the Temple of Doom. Massimo rivaled Mr. Jones in hotness, she prayed not in adventure.
“Do you have a pilot’s license?” she asked, unsure if they taught aviation at The Royal Millionaire Playboy Academy.

“Sì, signorina.” He shook his head poking fun at her.
“I’m serious. Show me your license please?” Lex held on to the plane’s door as if it were a gate to hell. Christian Dior, get me outta here.
Massimo closed the distance between them in response. “Give me your hand.” Not waiting for her to respond, he grabbed her mitts from the door. “Bella, you are shaking,” he noticed and secured his fingers around hers, massaging her palm into his.
Strong hands. “You may call me Lex, not Bella. This isn’t Twilight.” She didn’t care for paranormal.
25 New Yorker Insights Learned in Undressed by Avery Aster
Sex
· Your vagina can take a guy’s shaft and nuts…at the same time.
· Always name your butt plug after Anderson Cooper.
· Pre-ejaculation while jetting a plane over Italy causes turbulence.
· Never let a dog sleep in your bed, especially three dogs. It’ll ruin your sex life.
· If he’s as hung as an Evian bottle, it’s best to look away.
Money
· Always retain the legal services of female lawyers, particularly ones named; Sarah Goldbaum and Hannah Goldstein.
· Never allow your mother to spend your line of credit on a psychic from the Caribbean.
· Sexual frustration leads to good business practices, enough to earn three hundred million dollars.
· If Bergdorf’s, Barney’s and Saks Fifth Avenue reject your upcoming fashion collections try selling it to JCPenny’s.
· Use your American Express reward points wisely.
Life
· Bellini cocktail consumption will induce foot fetishes.
· Swedish Fish, Now & Later, and Gummy Bears from Dylan’s Candy Bar are perfect for your fuck-it bucket.
· Everyone should be so lucky to have a best friend like Taddy Brill.
· Never drive a Ford Thunderbird off a cliff thinking you’re Thelma & Louise.
· Stay away from any woman named Scilla or Ottavia.
Fashion
· Wearing Tory Burch ballet flats while racing a sports car may cause ones clitoris to hum.
· Think twice before sitting Lady Gaga and Madonna next to one another at your fashion show.
· Prada and a condom, when worn together, are known to make bisexual men go bonkbuster cra-cra.
· Altering a vintage Valentino dress, formerly worn by socialite Nati Abascal, may land you on the red carpet.
· We should all get fucked in Fendi.
Love
· When in love, you can have as many orgasms as you like…in one day!
· Slow dancing to Giuseppe Verdi enhances one’s emotional state.
· Never argue with your lover in public, above all—never in front of Anna Wintour, Marc Jacobs, or Karl Lagerfeld.
· Playing Simon Says, in bed, may lead one to reveal their true feelings. So will strip dancing in front of him to the song Girls, Girls, Girls by Mötley Crüe.
· And finally, he must always say, “I love you,” first. 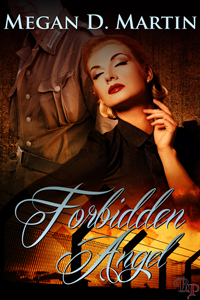 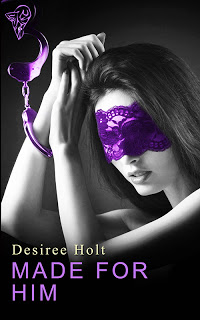 MADE FOR HIM winners Honorable Mention at LRC