Desiree's Place > Romantic Suspense > What is The Killing Game?

What is The Killing Game? 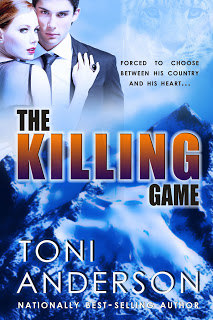 I wrote The Killing Game because I was possessed. Okay, it sounds crazy, right? But I kept putting the story aside because I knew it wouldn’t sell to New York and trying instead to write a book for Harlequin. But this story was like a drug in my system and it just wouldn’t let go.

We were in France because my hubby was on sabbatical there. The kids were in school, I didn’t speak the language, the internet wasn’t working and this Russian terrorist kept telling me his story even though he’s supposed to be the bad guy.
In many ways the story is about the choices we make, and how seemingly small decisions can affect us for the rest of our days.
The heroine is drawn back to a remote region of Afghanistan—the Wakhan Valley—when a poacher starts shooting her collared snow leopards. What she doesn’t know is she’s being drawn into a political game of revenge and espionage that started thirty years earlier. When the Brits send in the SAS—their Special Forces—the heroine is determined to not let her animals get caught in the crossfire
The snow leopard study came alive for me in many ways because I used to put telemetry devices in fish and track them through the Canadian wilds, and I knew people who collared polar bears and moose. The science didn’t present any huge leaps of understanding, though the creatures I chose to use it on were new and fascinating to me.
The heroine is gritty and slightly fanatical when it comes to saving her leopards. She has reasons for holding people at bay—good reasons, deep reasons—so nothing shocks her more than when she starts falling for the hero—one of the soldiers sent to capture the Russian terrorist operating in that area. The hero is a reflection of the villain in many ways, it doesn’t take him long to realise that but for the grace of god, he’d be in this man’s shoes. It’s a book about honor and love and doing the right thing.

For more information on Toni’s books check out her Amazon page (http://www.amazon.com/Toni-Anderson/e/B0042P4SPW/ref=ntt_athr_dp_pel_1) or her website (http://www.toniandersonauthor.com).
Blurb:
Wildlife biologist Axelle Dehn isn’t about to let anyone harm her endangered snow leopards—not the poacher intent on killing them, nor the soldier who wants to use them as bait. But Axelle is unknowingly entangled in a conflict that stretches back three decades, a conflict that could spark a war between two of the world’s great nations.

​British SAS soldier, Ty Dempsey, is on a mission to hunt down an infamous Russian terrorist in a remote region of Afghanistan. Dempsey hasn’t failed a mission yet, but when Axelle is kidnapped by the Russian, he is forced to choose between duty and his heart. He risks everything to save the determined, prickly woman he’s fallen for, but in doing so sparks a deadly series of events that threaten to expose the most successful spy in history. A spy who will destroy anyone who gets in his way.

EXCERPT: When our British SAS hero is taken by surprise by our heroine, a snow leopard biologist …

He held up his hands and turned, relieved to see the woman and not some Taliban nutter or aging Russian terrorist squaring off with him. 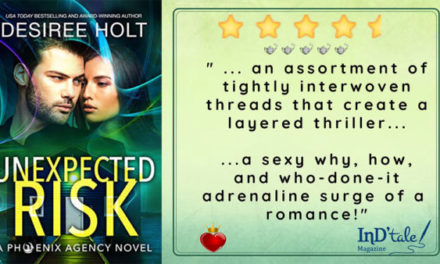