Sydney-born Donna Gallagher decided at an early age that life needed be tackled head on. Leaving home at 15 she supported herself through her teen years.
In her twenties she married a professional sportsman, her love of sport — especially rugby league — probably overriding her good sense.

The seven-year marriage was an adventure. There were the emotional ups and downs of having a husband with a public profile in a sometimes glamorous but always high-pressure field. There were always interesting characters to meet and observe and even the opportunity to live for a time in the UK.
Eventually Donna returned home a single woman, but she never lost her passion for watching sport, as well as the people in and around it.

Now happily re-married and with three sons Donna loves coffee mornings with her female friends, sorting through problems from the personal to the international. But she’s on even footing with the keenest man when it comes to watching and talking rugby league.

Donna considers herself something of a black sheep in a family of high achievers. Her brother has a doctorate in mathematics and her sister is a well-known sports journalist.

An avid reader, especially of romance, Donna finally found she couldn’t stop the characters residing in her imagination from spilling onto paper. Naturally rugby league is the backdrop to her League of Love Series, published through UK publisher Total-E-Bound, spicy tales of hunky heroes and spunky heroines overcoming adversity to eventually find true love.

Having managed to break free from an abusive relationship with a cruel and dominating ex-boyfriend, Australian artist Mandy Magenta—a.k.a. Amanda Smith—should be terrified when she first meets the enormous bulk that is Jonathon ‘JT’ Thomson. He is fierce. Not only is JT the biggest, most muscular man Mandy has ever set eyes on, but he makes a living playing the brutal sport of Rugby League.
So why, then, does Mandy’s body go into lust overdrive at the mere sight of him? She doesn’t feel a hint of alarm as the colours that exist in her mind—created and inspired by her own emotions and her artistic talents—explode with vibrant and passionate intensity. Could JT be the man to remind her that she is still a sensual, amorous woman, a woman deserving of love and tenderness—and can he protect her from the threats her ex has promised to deliver on?
Buy Links
Total E Bound: http://www.total-e-bound.com/product.asp?strParents=&CAT_ID=&P_ID=1944
All Romance: https://www.allromanceebooks.com/product-mandy039sheman-1046825-149.html
Amazon: http://www.amazon.com/Mandys-He-Man-League-Love-ebook/dp/B00B3W62UG/ref=ntt_at_ep_dpt_2
Excerpt:
JT was waiting patiently at the door, his arms full. The picture of the gorgeous man holding all her precious designs, his arms bulging with muscle, his shoulders straight and broad, that huge backside firm and delicious in a pair of tight, black denim jeans, was an unforgettable sight. How right it looked—him at her door holding onto her art. The picture would stay in her mind forever.
“It doesn’t matter. I’m no good for him,” she whispered quietly to herself. Mandy took one last look, cementing the scene to her memory bank, before going inside her flat. “Just put everything down over there,” she said, and pointed to a spot on the floor. “Then you’d better go,” Mandy managed to add quickly, before the emotion showed in her voice.
JT just stood rooted to the spot, staring at her, his eyes like black coal, his gaze hard and unforgiving. He didn’t move a muscle.
“I am not going anywhere!” Although his body was rigid, which made Mandy believe he was angry, the words he spoke were filled with emotion. He sounded hurt, upset. “I’m sorry I let this happen to you, Mandy. If I could turn back time, I would. It was stupid of me not to have made more of an effort to protect you. We should have taken an AVO out on that bastard, had him charged the other night, but I forgot about it. I’ll kill him myself if he ever comes near you again. I was so wrapped up in my feelings…so happy because of the way you filled my life. I just didn’t think. My God, woman, you have to forgive me. I don’t want to lose you. I can’t lose you. Please let me stay.”
The last few words sounded choked as the pure, heartfelt, emotional words poured from JT.
Mandy was stunned, speechless. She didn’t know what to say. He wasn’t angry at her—JT was angry at himself. As if this was his fault, somehow. She didn’t understand how he could blame himself for what her ex had done.
She went to JT and took the tubs from him one by one, placing them at his feet. All the while JT watched her, standing like some giant statue, unmoving. He looked so fierce, so hard, so beautiful. After she transferred the last box from JT’s arms to the floor, Mandy replaced it with her body.
She reached up and linked her hands behind JT’s thick neck, once again pulling his face down to her level. She could see the pulse beating in the vein on the side of his throat. Looking deeply into JT’s eyes, wanting to communicate directly to his soul, she spoke clearly and slowly so he would be under no confusion.
“He-Man, I thought you were angry at me. I’m the one who is sorry—my drama has involved your friends, your father, interrupted your life. You can’t blame yourself. How is any of what Con did your fault? My heart breaks at the thought of you walking out my door. But what could I do but let you go, if that was what you wanted? Jonathon Thomson, I love you. I would do anything to make you happy, even if what that took was to give you up. I am not good enough for you. You deserve so much more, more than what I have to offer you—a victimised, financially struggling, weirdo artist.”
With her heart now open and vulnerable to being ripped apart, Mandy waited, nervously watching JT’s face, searching and hoping for a sign.
Any sign.
JT closed his eyes for what seemed like minutes to Mandy, but was probably only a second. He was breathing heavily, his chest rising and falling quite noticeably. As he finally opened his eyes, Mandy was relieved to see the hard look of a moment ago had been replaced with a softer, almost watery gaze.
He put his arms around her, squeezing her so tightly she could hardly breathe.
“Did you say what I thought you said?” JT asked. 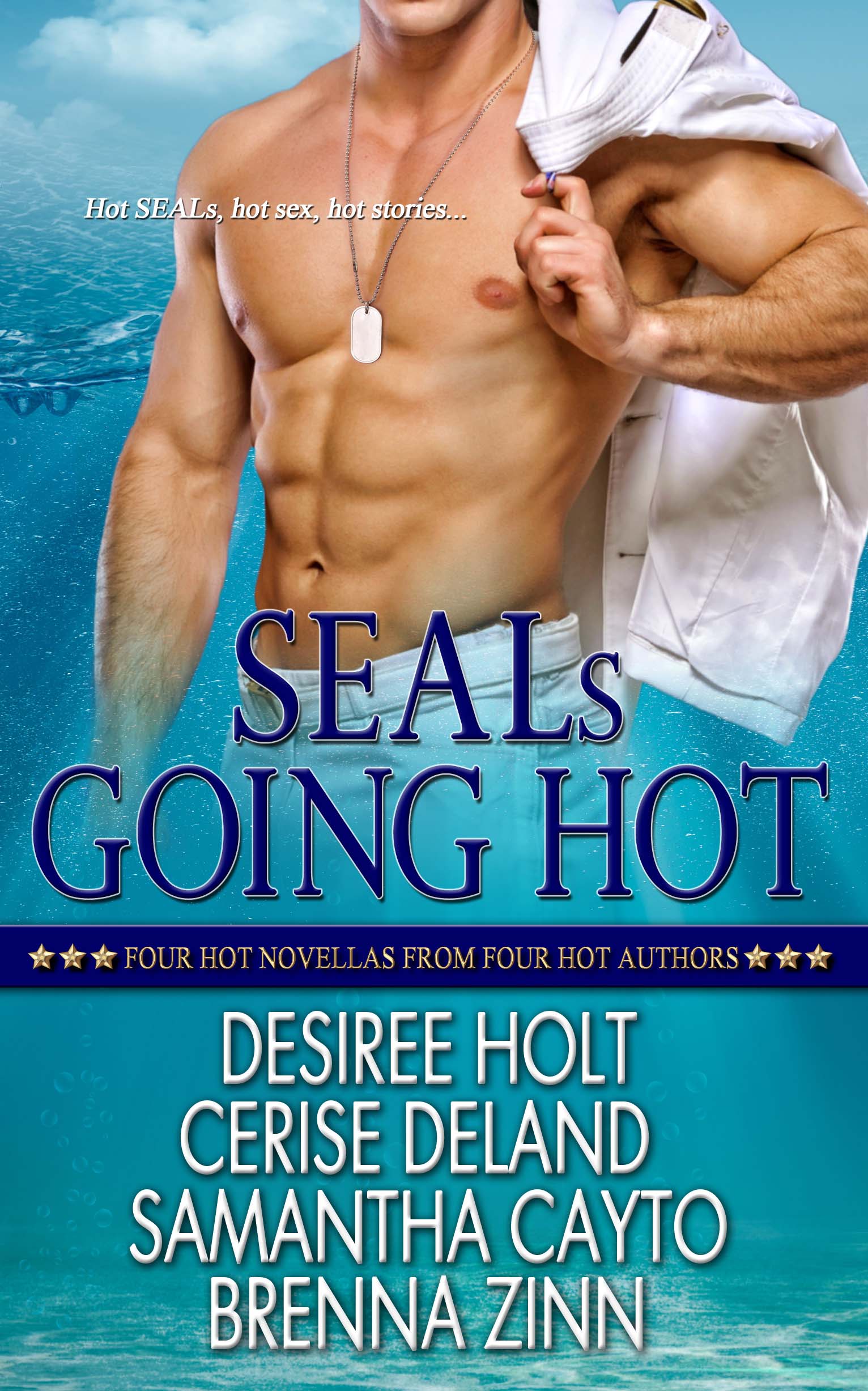 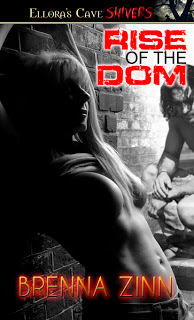 Say Hi! to Brenna and her Dom

Sealed in Blood will get your blood racing.